"The world is changing, and there are many who are finding it difficult to keep up. New Yevon wishes to help those who feel lost in the winds of change."
Voiced by Kenji Sobu (Japanese).
Voiced by Josh Gomez (English).

The younger, handsomer face of New Yevon, Baralai works as Praetor to reform the image of Yevon in the eyes of the people. But he might not be able to bear the weight of the secrets that Yevon buried long ago on top of the demons he already carries. Like the other Crimson Squad members, a shade of Baralai created by pyreflies can be fought in the Den of Woe; him and the others can also be recruited in the Creature Creator. 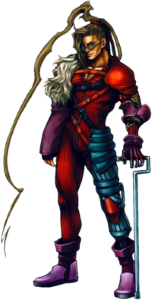 "My friends, stand with me, and together we will bring the truth back to the people."
Voiced by Nobutoshi Canna (Japanese).
Voiced by George Newbern (English).

The leader of the Youth League faction who leads Spira's foolhardy and inexperienced youth in collecting spheres for the sake of documenting Spira's true history. 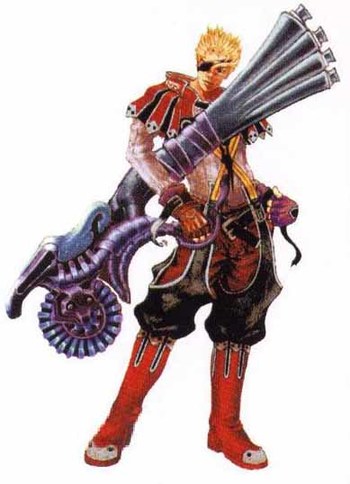 "Never been this close to a celebrity before..."
Voiced by Kenichi Suzumura (Japanese).
Voiced by Rick Gomez (English).

An Al Bhed punk who leads the Machine Faction from their base in Djose Temple.

"The Gullwings are on the job. We'll even give you our special bargain price."
Voiced by Ken Taira (Japanese).
Voiced by Ogie Banks III (English)

The navigator of the Gullwings and friend of Brother's. 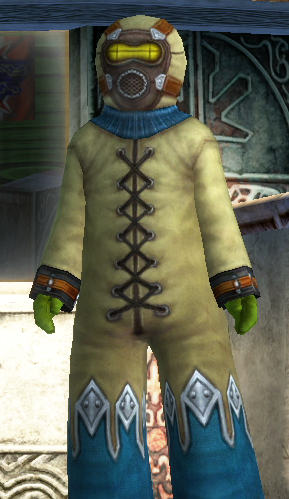 An Al Bhed prodigy and member of the Gullwings. In the PAL and HD versions, the Celsius also contains a Fiend Arena with which Shinra captures and tames fiends.

A young Ronso warrior who feuds with Kimahri over what path the Ronso should take.

A popular Songstress and summoner from the original Zanarkand. A sphere of her imprinted with her consciousness is later acquired by Yuna.

"Now, show me. Show me the strength that you have gained!"
"Only one... who renounces everything... possesses the strength... to transcend anything. Lady Yuna, you are the paragon of pastlessness!"
Voiced by: Akio Suyama (Japanese)
Voiced by: David Rasner (English)

The founder of New Yevon who inspired many Spirans to pursue the career of a Sphere Hunter. After hoarding many spheres he collected for himself, he mysteriously vanished into the Vio Infinito. In reality, he's still lying in wait in Bevelle, at the very bottom of the Bonus Dungeon.