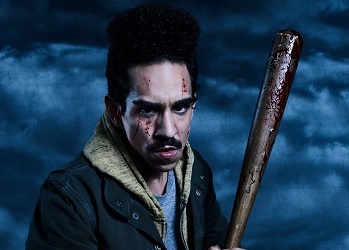 "I wish I had my rusty chain, yo!"
Played By: Ray Santiago
"Ash, I know you said that when I got hit I'd know what to do, but I just got hit and I don't know what to do!"

An idealistic immigrant who becomes Ash's loyal sidekick. Pablo believes in Ash's heroism, even if Ash himself doesn’t. 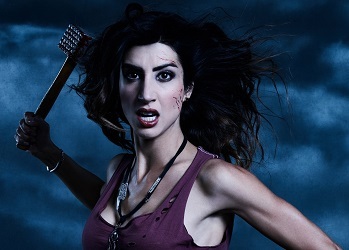 "Whatever's going down here, I am already on the wrong side of it, so no turnin' back now."
Played By: Dana Delorenzo
"Touch me again, and you're gonna need another wooden hand."

A moody wild child trying to outrun her past. Reluctantly dragged into the fight against evil with Ash and Pablo, Kelly finds a different kind of family with her fellow slayers. 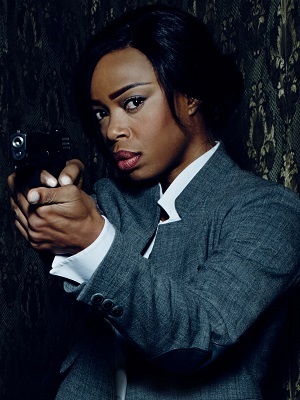 A disgraced Michigan State Trooper set to find Ash and prove his responsibility in the grisly murder of her partner. 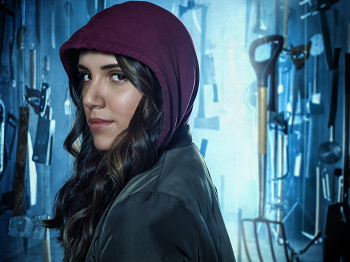 Ash’s previously unknown daughter that he had when he married Candy Barr in a drug-fuelled haze and knocked her up.

Linda B. was Ash's high school sweetheart until he left her for a girl named Linda. Sometime after Ash and his friends never returned from a weekend trip, Linda married the sheriff of Elk Grove, Thomas Emery. When he returns to his home town, he finds that she's now a waitress working at their mutual friend's Chet Kaminski's bar. Linda B., unlike the other people in their hometown, doesn't believe he's responsible for Cheryl's death and think he's innocent. She also, deep down, may still harbor feelings for Ash. 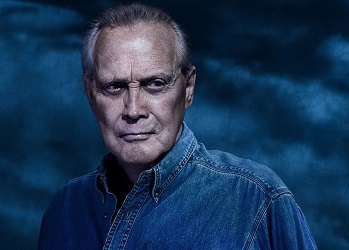 Ash’s surly father. He was once the owner of Elk Grove’s thriving hardware store, but ever since his son was labeled a serial killer his business has tanked. Now he spends his days in his easy chair watching television or enjoying a beer or ten at the Elk Lounge Bar. He is none too pleased to see his son is back in town and makes sure Ash knows it. But deep down he might just still love him a little bit.

Ash's best friend from high school who never left the party. He's always willing to help Ash in a bind, especially if the solution means partying at the bar he owns, going to a strip club, throwing a rager or breaking and entering. Unlike most people in Elks Grove, he believes Ash is innocent in the murder of Cheryl and their friends.

A former high school Hall Monitor turned town Sheriff. He claims to love the law, but really he uses his badge to hide his insecurities and with Ash back in town, he’s got a lot of them. He’s married to Ash’s former flame, Linda B. When a town on the brink of Armageddon pushes her and their daughter, Lacey, into the arms of his biggest nemesis and his allies, the Sheriff turns to the dark side for help to get rid of Ash once and for all.

Daughter of Linda B. Emery and Sheriff Thomas Emery. She’s a rebellious 20-something that finds herself in the wrong Delta 88 at the wrong time. Thankfully she finds solace and safety with Ash, Pablo and Kelly until her own father makes her a pawn in his game to take down Ash.

Lacey's loving and rebellious boyfriend who's the de-facto leader of their group of friends. He steals Ash's Delta 88 after Ash and Kelly yell at him.

A female cop who is the first character to encounter Baal.

A female cop that becomes scared by the events happening in the police station.

A black transgender prostitute, whom Chet regularly solicits for sex.

Rachel
Played By: Elli Gall
Brandy's best friend.
Stanley Gibson
Portrayed By: Jeffrey Thomas
Host of an antique show and the latest person to accidentally release the spirits of the book at the start of season 3.
Amy
Played By: Albertine Jonas
A girl who finds the nexcronium in the woods and inadvertently gets it read from again.
Eric and Natalie
Played By: Mark Sole and Samantha Young
A pair of hitchhikers abducted by Ruby to be food and a babysitter respectively for her demon spawn.

Pablo's tio, and a shaman who knows a lot about the dark arts.

Kelly’s mother, who was turned into a Deadite to lure Ash.

The owner of a rare books store and expert in the occult.

A casual reprobate acquaintance of Ash's.

An Australian camper who stumbles upon the cabin and becomes embroiled with Ash’s problems.

Lord Arthur
Played By: Marcus Gilbert
Ruler of Castle Kandar, who is first an enemy, then an ally of Ash during his time traveling adventures.
The Wise Man

Played By: Ian Abercombie
A Royal advisor and mage convinced Ash is the destined warrior to the fight the Kandarian demons.
Shiela

Played By: Elizabeth Davidtz
A woman of Kandar and Ash's love interest during his time travels.
The Blacksmith

Played By: A lizard

A young man who works with Kelly to take out Deadites. He's a member of the Knights of Sumeria, an order dedicated to getting rid of the Necronomicon.