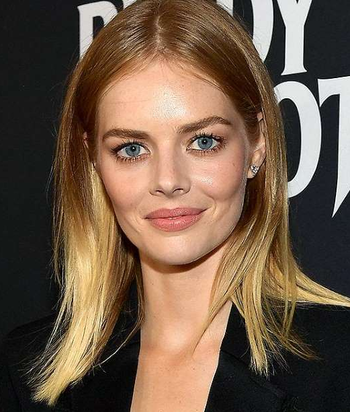 Her first major role was that of Indi Walker on Australian soap opera Home and Away, and appeared in the action comedy film Monster Trucks. Following a lead role in The Babysitter, her starring role in Ready or Not made her a veritable name to watch. Overall, she's proved herself quite proficient at action, comedy, and horror.

She is the niece of Hugo Weaving, with whom she acted alongside on Mystery Road. Not to be confused with fellow blonde, blue-eyed Aussie actress Margot Robbie, a resemblance Weaving has acknowledged