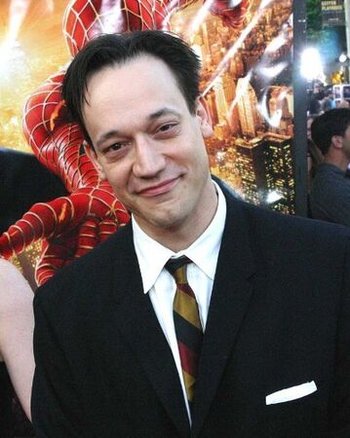 Ted standing in front of a familiar Web slinger
Advertisement:

A younger brother of Sam Raimi, he recurringly appears in a majority of works as side characters or unfortunate victims but has had a few leading roles. He is mostly known for cult films/tv shows and budget horrors which has gained him a small cult following online.

He can often be seen as cameo characters in his brother's films alongside Bruce Campbell and the infamous yellow delta car.