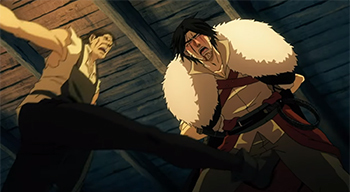 "Would you please leave my testicles alone?!"