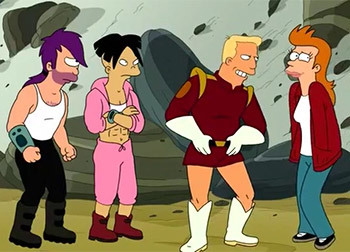 Planet Express is going bankrupt (Again) so to raise money they convert their delivery company into an airline service. Some "difficulties" between the males and females result in a crash landing on a planet with a mineral-based life form, who uses them for test subjects of its studies, including playing hob with their genders.