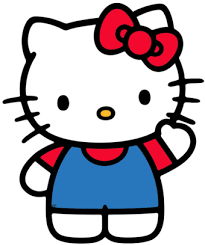 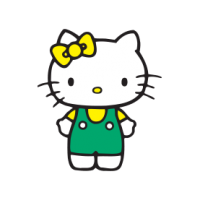 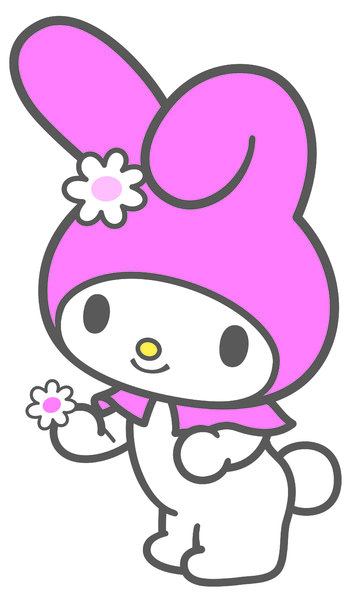 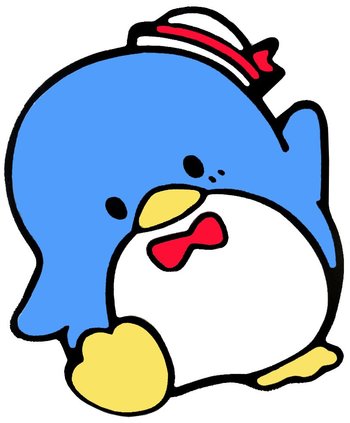 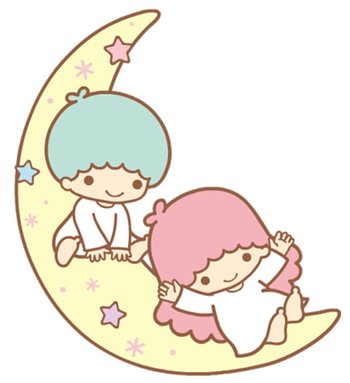 Two twins named Kiki and Lala. They were born from a star and are eager to be the best stars they can be. Kiki is the younger brother with short, blue hair and is described as cheeky. Lala is the older sister with long, pink hair and is described as timid.
Kiki voiced by: Keiko Toda (Kiki to Lala no Aoi Tori)
Lala voiced by: Hiromi Saito (Kiki to Lala no Aoi Tori) 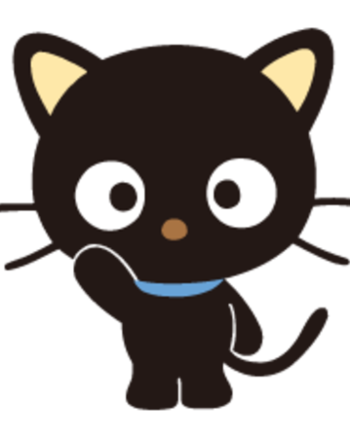 A black cat who lives in Chocotown, Colorado, USA with his mother. He is named after his chocolate-colored nose and loves to play around. He often wears a blue collar.

A spiky-haired penguin who is from Hawaii. His personality is described as mischievous and he enjoys fighting for the wrong side. He dreams of being "the boss of everything" and collects pictures of celebrities who play bad guys.
Voiced by: Fujiko Takimoto (Hello Kitty's Animation Theater), Serena Varghese (English, Hello Kitty's Animation Theater), Andrea Kwan (English, The Adventures of Hello Kitty & Friends, Hello Kitty Stump Village) 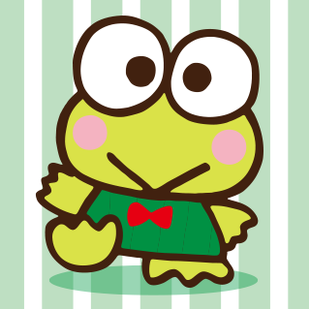 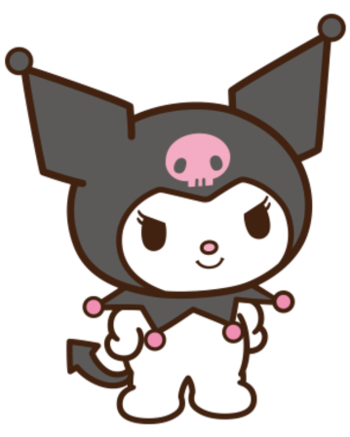 A white rabbit who wears a black jester hat with a pink skull printed on the front. She is a resident of Mariland and is described as tomboyish and tough. She views My Melody as her rival despite the former not holding any ill will towards her.
Voiced by: Junko Takeuchi (regularly- 2005, Onegai My Melody) 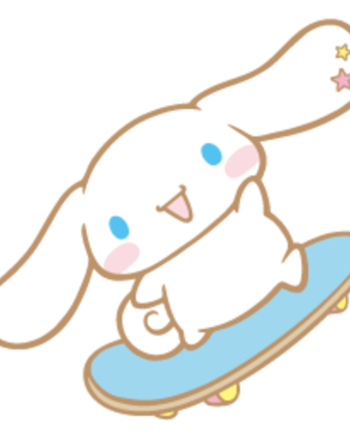 A chubby, white puppy born from a cloud. In his early years, he was often seen walking on all fours and speaking in babble due to being a baby. He currently resides in Cafe Cinnamon, which he was named after due to his tail resembling a cinnamon bun.
Voiced by: Taeko Kawata (regularly 2002-, Cinnamon The Movie, Sanrio Pokoapoko series ) 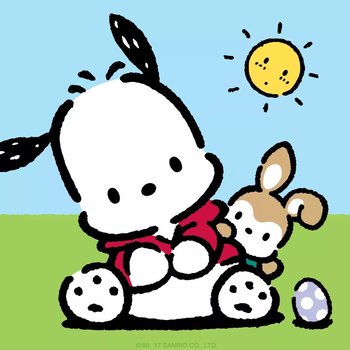 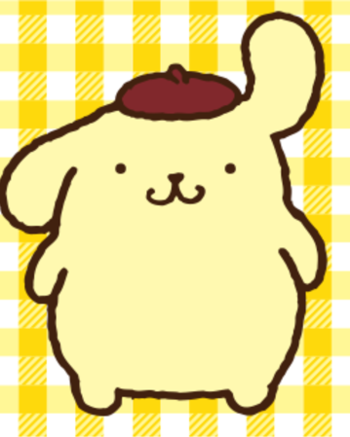 A chubby golden retriever who wears a brown beret on his head, making him resemble Japanese pudding. His family is owned by a human family and he currently resides in the younger sister's house. He enjoys collecting shoes and sleeping.
Voiced by: Saori Sugimoto (Hello Kitty's Animation Theater) 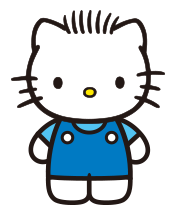 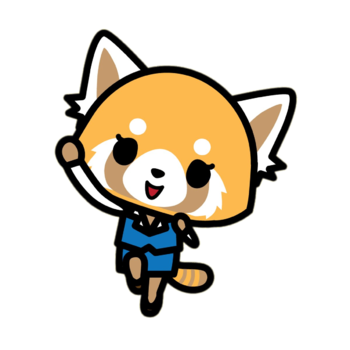 A red panda from Japan who works in accounting at her company. She is a timid woman who gets pushed around often at work and sings heavy metal in karaoke bars to relieve stress.
Voiced by: Kaolip (Aggressive Retsuko), Erica Mendez (English, Aggressive Retsuko)
Singing voice: Rarecho (Japanese), Jamison Boaz (English)

For a comprehensive list of tropes applying to Retsuko, see the Aggretsuko character page. 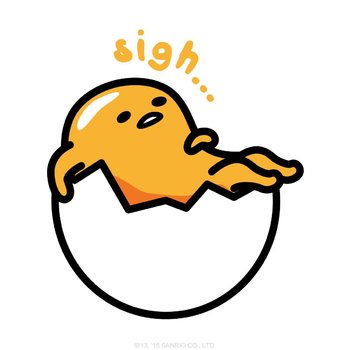 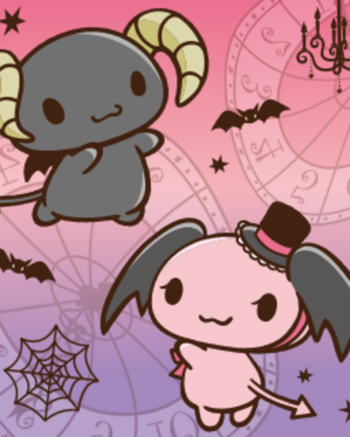 A pair of demons named Berry and Cherry. The duo are best friends and live together in a haunted castle. They enjoy playing tricks on people at night and can transform into slightly more demonic forms.
Berry voiced by Kouki Miyata, Cherry voiced by Fujiko Takimoto 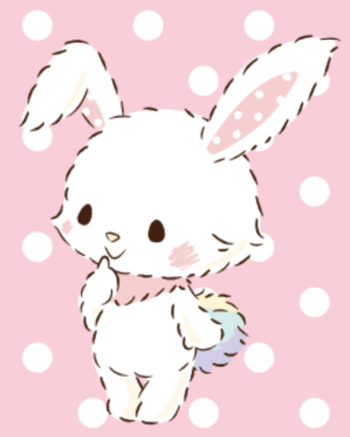 A white rabbit from France, who lives in Merci Hills. Mell is considered a bit of a scatterbrain, but nevertheless she has a kind and sincere heart. She also became an honorary staff member of Sanrio Puroland in 2014 and currently works in the post office.