This is the character sheet for the franchise Sanrio Boys. There will be unmarked spoilers in the trope names. 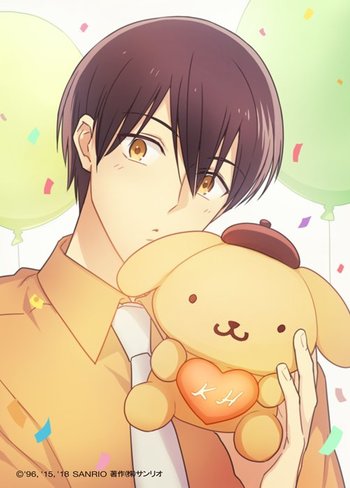 Kouta is a Nice Guy often surrounded by friends. His favorite character is Pompompurin. 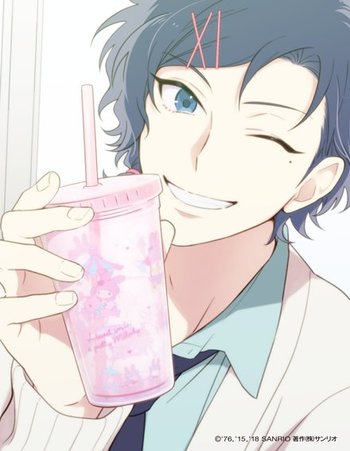 Yuu's favorite character is My Melody, and he often wears pink hair clips that match her hood. He gets along with everyone, except for his younger sister, Yuri. 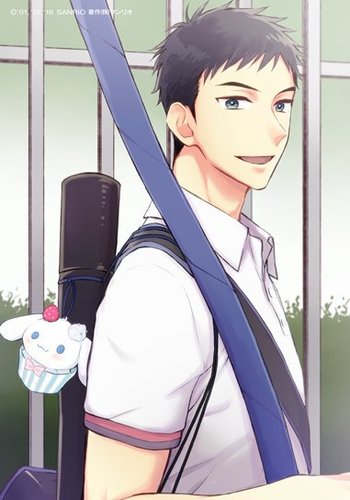 Seiichirou is a member of the archery club. His favorite character is Cinnamoroll because he's fluffy. 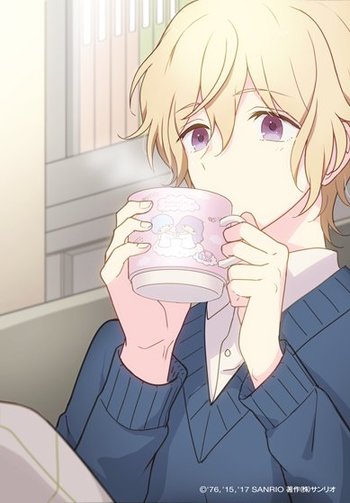 Ryo is a beautiful underclassman whose favorite characters are Lala and Kiki (Little Twin Stars). 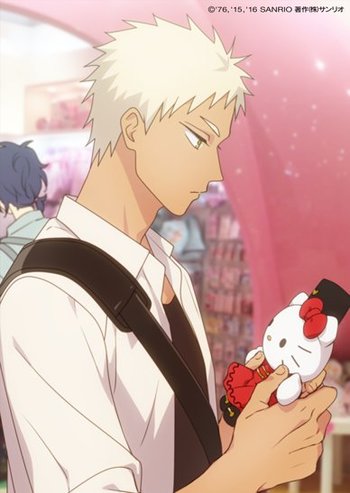 Shunsuke is The Stoic of the group and adores Hello Kitty, who he refers to respectfully as "Kitty-san" instead of her nickname, "Kitty-chan." 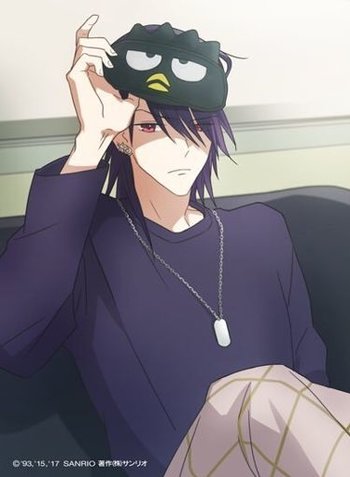 A delinquent-like boy who wants to have a freewheeling lifestyle. Likes Badtzmaru. 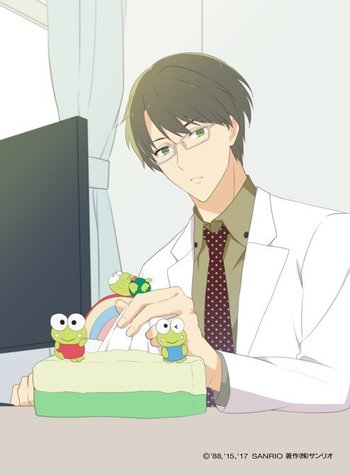 He is a biology teacher who advises the Swimming Club. He has a love for Keroppi.

A gentle looking high school boy. He has a love for Cogimyun.

A rough looking young man who, like Shunsuke, shares a love for Hello Kitty.

He has a love for Hangyodon.

He is a biology teacher who advises the Swimming Club. Likes My Sweet Piano.

Portrayed by: Sadamoto Fuuma
A serious looking boy from another school. Has a love for Hello Kitty.

Portrayed by: Satsuki Kitano
A rough looking boy from another school. Has a love for Kuromi.

Portrayed by: Shungo Takasaki
A glasses wearing boy from another school. Has a love for Pochaco.

Portrayed by: Wataru Yoza
A delicate looking boy from another school. Has a love for Kirimi-chan.

Yuri is Yuu's little sister and is currently a third year in middle school. She adores love stories, but finds Yuu gross because of his fascination with My Melody.

Macchi and Tsucchi are Kouta's old friends before meeting the other Sanrio Boys.

A French transfer student who ended up becoming friends with the Sanrio Boys. He runs the official Instagram account

The player character of the Visual Novel Sanrio Boys ~Watashi, Koi wo, Shirimashita~. Her name can be chosen by you.

Manga Protagonists
The protagonists that show up in the manga Sanrio Boys ~Oretachi, Koi, Hajimemashita~. Like the protagonist of the visual novel, they meet and fall in love with one of the Sanrio Boys.

Rio is the main character for the first volume. She loves all of the Sanrio characters and falls in love with Yuu.

Ringo is the main character for the second volume. She falls in love with Shunsuke.

Ayumu is the main character for the third volume and is Kouta's classmate. She falls in love with Kouta.

Yumeko is the main character for the fourth volume and the second-year librarian at school. She falls in love with Ryo.

Niki is the main character for the fifth volume and she is a member of the Archery Club. She falls in love with Seiichiro.