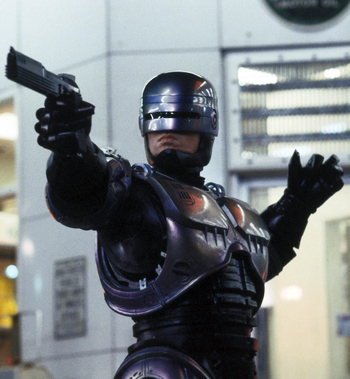 "Dead or alive, you're coming with me."
Alex Murphy 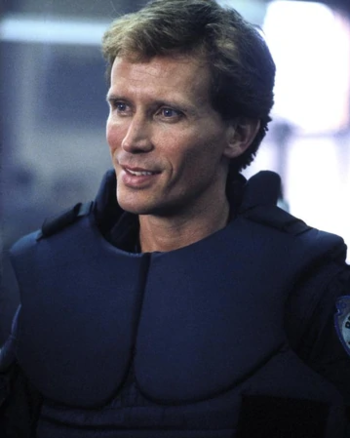 Once a police officer named Alex Murphy, he became the eponymous cyborg police officer after being shot to death by Clarence Boddicker and his gang during his first day at the job on Detroit's Metro West precinct. 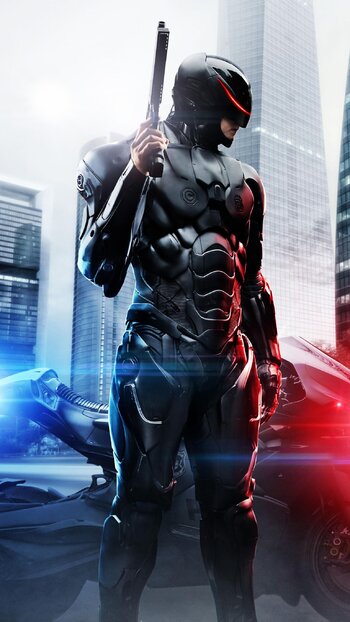 Unlike the original series, Alex Murphy is a plainclothes officer with the Detroit Police Department. He was wounded in a car bomb attack perpetrated by rogue police officers under the order of crime boss Antoine Vallon after he and his partner Jack Lewis tried to arrest him for gunrunning. He was selected by Raymond Sellars to be RoboCop in order to persuade the public to allow OmniCorp-made droid to perform law enforcement duties throughout America.

As in the movies, Alex Murphy was once a police officer, then he became the eponymous cyborg police officer after being shot to death in the line of duty.