A list of characters who are part of the Disney Mouse and Duck Comics franchise but can't be said to belong primarily to either the Mice or Ducks part of the Modular Franchise; either because they primarily appear in their own stories, or are equally likely to be found with either Mice or Ducks, or both.

For further reading, check out these related character pages: 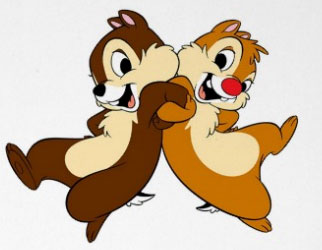 Two playful chipmunks who live in an oak tree at the edge of the forest and spend their time in equal parts gathering nuts, avoiding predators and making mischief, their favorite prank target being Donald Duck (making them more tied to the Disney Ducks Comic Universe). 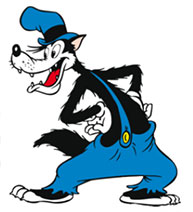 The wannabe "terror of the forest," Zeke Wolf has two main goals in life: To catch and eat the Three Little Pigs, and to raise his son to become a proper bad wolf. So far, his success rate in both these goals is zero — though not for lack of trying. 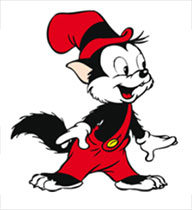 Zeke's do-gooder son, and the "white sheep" of the wolf family; despite his father's constant attempts at making him into a "proper" wolf, he's a polite, kind and considerate guy who just doesn't have it in him to be bad or nasty. 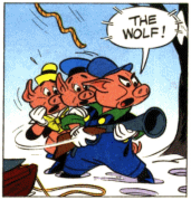 Fifer, Fiddler and Practical Pig are the best friends of Li'l Wolf and constant target of his father Zeke. 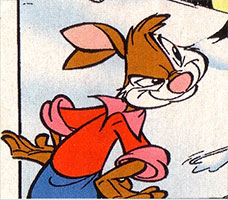 Known almost exclusively as "Br'er Rabbit," he is a clever, mischievous rabbit who always has a trick or two up his sleeve, but often gets himself into trouble thanks to his impulsive, braggart nature. 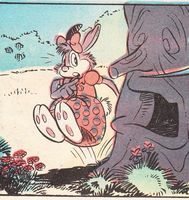 Br'er Rabbit's girlfriend; not as clever but on the whole more sensible than he is. 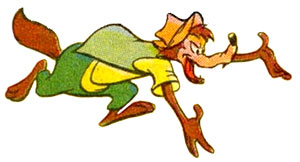 The only permanent, and definitely the smartest, member of the "Foul Fellows' Club;" he's primarily known as a troublemaker, a rascal and a crook who's always up to no good. Forms the Brains part in a Brains and Brawn duo with Br'er Bear, and occasionally teams up with Zeke Wolf. 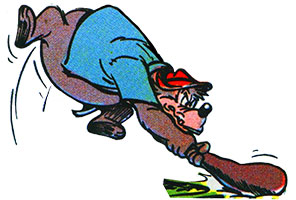 Br'er Fox's sometimes-partner-in-crime, and constant bane of Zeke Wolf's schemes, he is not so much a bad guy as he is overly temperamental and easily swayed thanks to his less-than-stellar intelligence. Gets along famously with Li'l Wolf and the pigs, but wouldn't pass up a chance to knock Br'er Rabbit's head clean off. 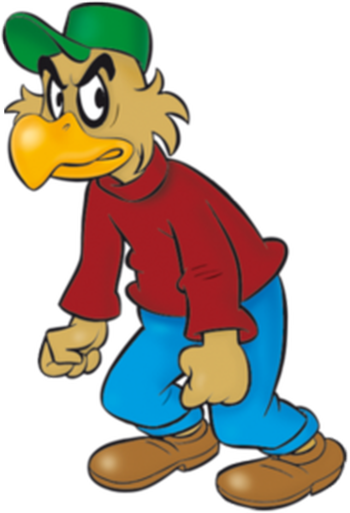 An evil inventor who switches between being a thorn in the side of both Ducks and Mice; he's Gyro Gearloose's main (and unscrupulous) rival but also a prominent villain in Mickey Mouse and Super Goof stories. 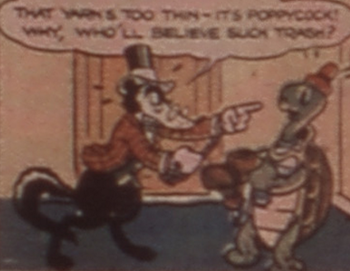 The former dean of Cottontail Academy, which he tried to rob of its funds. 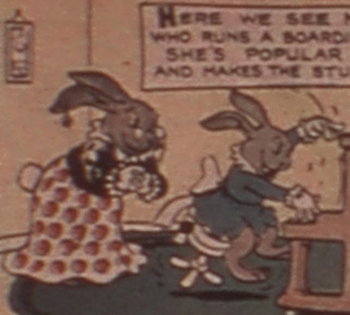 The manager of Cottontail Academy. Carrie is her niece. 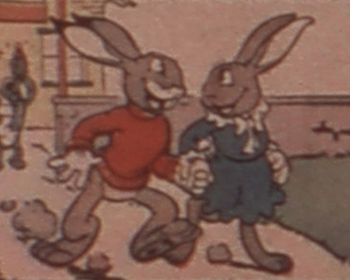 A student at Cottontail Academy. Miss Cottontail, the manager, is her aunt. 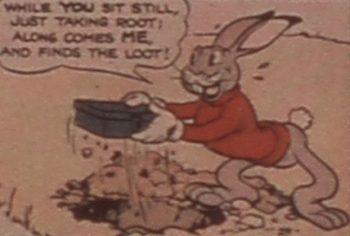 First appearance: The Tortoise and the Hare, 1934
Voiced by: Ned Norton

A detective who works alongside Toby Tortoise. 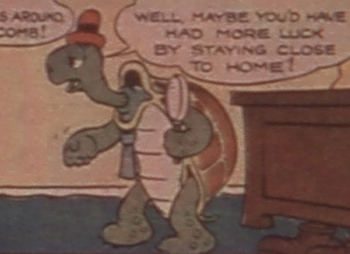 First appearance: The Tortoise and the Hare, 1934
Voiced by: Eddie Holden

A detective who works alongside Max Hare. 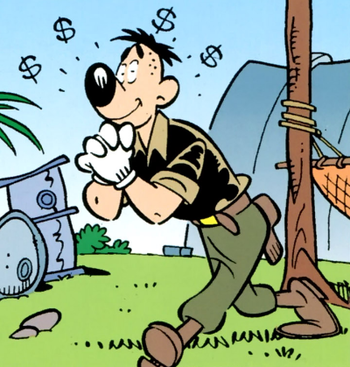 First appearance: "The Search for the Zodiac Stone: An Epic Yarn of Mice and Ducks!: Scorpion Valley!" (Part 2), 1990

Formerly known as Daring Mr. Do, an amazing stunt pilot. He retired to Brazil after his eyes got damaged and his career went down the drain. His plane's name is "Baron Wingeree". 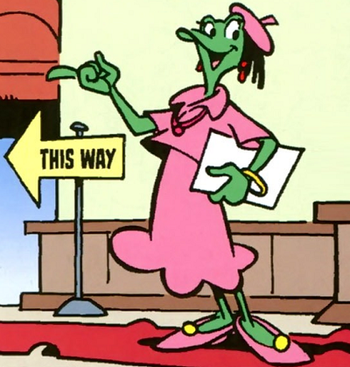 First appearance: "The Search for the Zodiac Stone: An Epic Yarn of Mice and Ducks!: Spectrus" (Part 8), 1990

A professor of modern art employed at the Duckburg Museum. 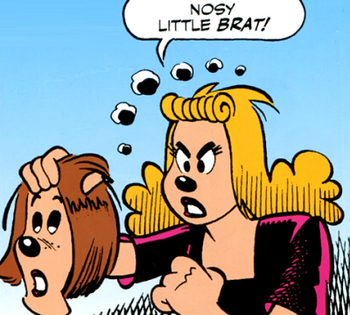 First appearance: "The Search for the Zodiac Stone: An Epic Yarn of Mice and Ducks!: The Tropics of Cancer" (Part 9), 1990

A dangerous spy in service of an unnamed organization. 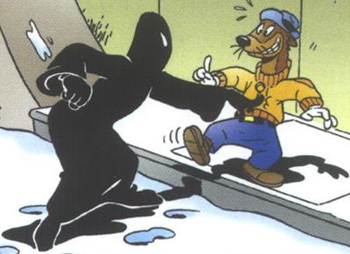 A crook known for his skill in getting information. 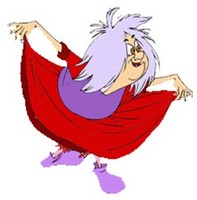 An eccentric and unpredictable, but ultimately not evil, witch who has embraced the comforts of modern life and has more or less accepted that she's never going to be a traditional Wicked Witch.
Witch Hazel and Beelzebub 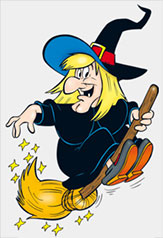 Hazel is another witch, a lot more traditional-minded than Madam Mim, but like Mim she's not all that evil when it gets down to it. In later years she seems to spend an awful lot of time trying to convinse Flat-Earth Atheist Goofy that she is, in fact, a witch. Her constant companion, and transportation device, is a sentient, living broomstick called Beelzebub.
The Red Wasp 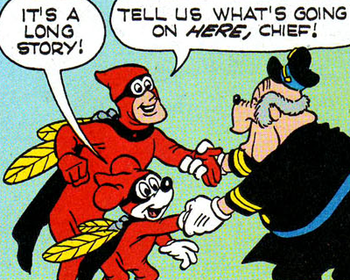 A superhero who was introduced in an American comic. He was picked up in Brazil, where he became a member of the Heroes Club along with such crime fighters as Super Goof and the Red Bat. 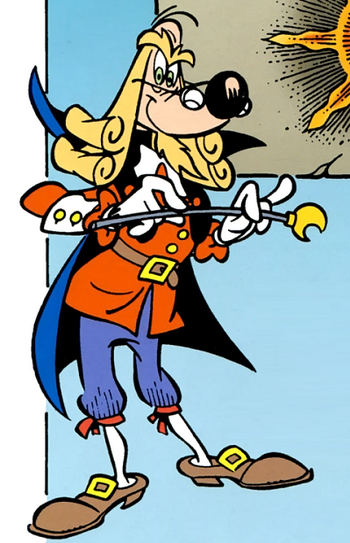 First appearance: "The Search for the Zodiac Stone: An Epic Yarn of Mice and Ducks!: The Secret Society!" (Part 1), 1990

An ancient wizard who sought to learn the future. 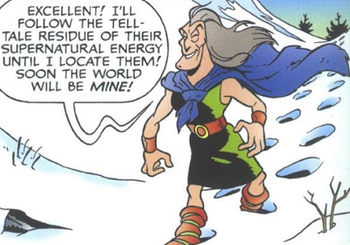 A powerful magician from 1000 years ago (300 years in the American version) who has created two orbs of power to conquer the world with. 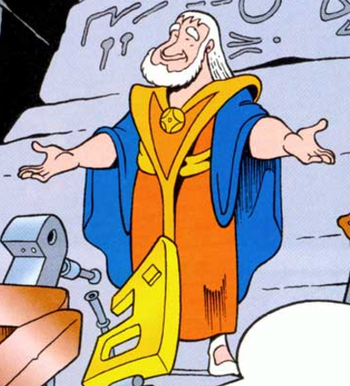 The leader of Mythos Island and keeper of the teleportation machine that allows visits to the outside world. He made Airy and Mythos to assist him. 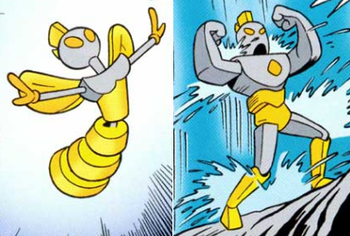