The page lists the characters appearing in DID Napper. Be warned against spoilers.

For the characters introduced in DID Napper 2, please go there. 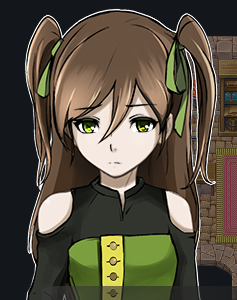 From Princess to unwilling Kidnapper.

Suki is the main protagonist of the game, originally the princess and heir of an unnamed kingdom until her adopted-cousin and best friend Cherisa betrayed her and sent her as a prisoner to a kidnapping guild. After an escape attempt, she is given the option to join the guild as their first female member or stay as a prisoner for the foreseable future. She chooses the former and becomes a rookie kidnapper under the mentorship of a highly-experienced (but snarky) kidnapper named Leroy. 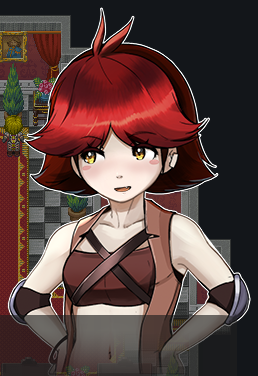 A thief skilled with knifes and knots.

Carol is the closest thing the game has for a deuteragonist, she's an orphan thief Suki meets during her mission to Velis Manor (Mission 2) and decide to team up by Carol's suggestion due to increased security. After their mission is completed, she decides to join the guild. 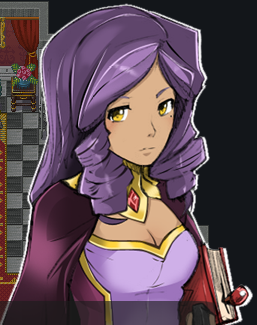 "Is this... the only way we could have stopped them?"

Evelyn is a transfer student currently studying in the females-only Aurealis Academy who teams up with Suki and Carol during the hostile takeover led by Master Hyranda. She meets Suki again in Florian Town, while trying to warn the Queen about Elda's betrayal. Circumstances eventually force her to join Suki's team a second time. 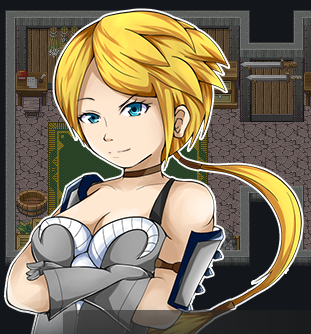 No amount of ropes can hold her temper.

Athena is a skilled warrior and mercenary under the command of Captain Marcia until she was betrayed and locked up by her orders. She is rescued and tasked to help Suki and together, they defeat Marcia. After Rielle is put in command, Athena decides to join the guild. 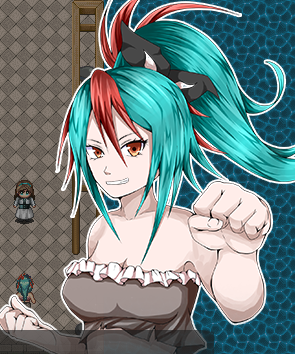 "No hard feelings, but Dariana gets what Dariana wants. If I have to beat you up for her, I will."

Alyssa is a skilled martial artist and member of the Vermilio Trading Company on the western coast of the kingdom, she joins Suki in their attempt to disrupt Dariana's gang of pirates' activities or so she claims. 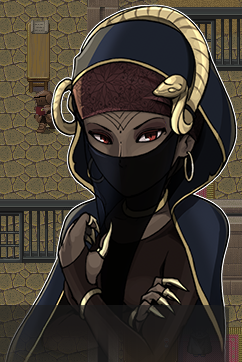 "Gheb, next time we do that, please don't speak."

Kirya is a grave robber and a high ranking member of the Sandstorm Guild, a guild from the desert region. She becomes a party member during the prison break in Mission 4. 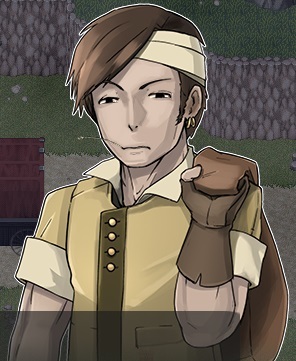 "Gagging a girl is its own reward."

One of the best members of the Kidnapping Guild and the only one shown to be competent on-screen. He was sent to kidnap Suki, but later becomes her mentor when she's allowed to join the guild. 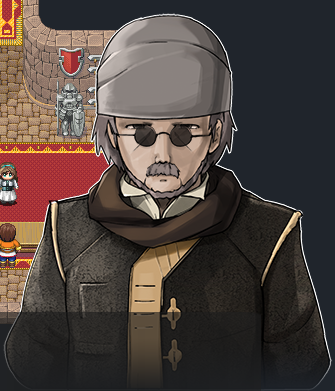 "You have impressed me, young lady. I would like to make you an offer."

The Guildmaster of the Kidnapping Guild. Cherisa strikes a deal with him at the beginning of the game and has him kidnap the future queen to remove her from the succession line. However, after seeing that Suki has the potential to be a good recruit, he invokes a Loophole Abuse and frees her. In exchange of her freedom, she now works for him. During the game, he's Suki's Quest Giver, but that does not make him a good guy.

Another criminal guild, who has ties with the Kidnapping Guild. They specialize in grave-robbing and are far more ruthless than the kidnappers, using abduction, torture and even murder to get what they want. For her fourth mission, Suki is tasked to help them deal with a group of archeologists that threaten their latest operation.
Cherisa and the Royal Army (Major Spoilers)
The main antagonist of the game and her flunkies. 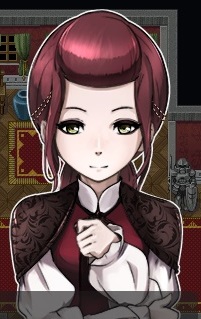 Suki's adoptive cousin and former best friend. Second in the line of succession for the throne, she orders Suki's kidnapping at the beginning of the game and stages her death during a bandit attack to become the new queen. She's now raising an army and making major reforms in the kingdom. Or so it seems... Beware of spoilers when you browse her tropes. 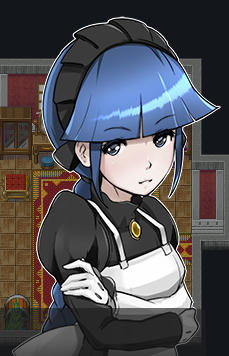 "You might have escaped us last time, but now you're mine."

Nataleigh is Cherisa's personal maid and the one in charge of the personnel in Velis Manor. She reappears in Didnapper 2 as a minor antagonist. 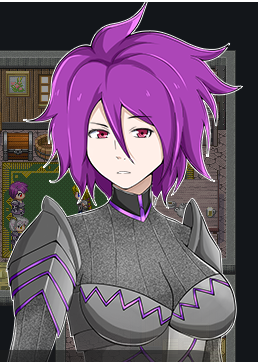 "I don't need to be a tactician to defeat the likes of you. I have naught to fear from a traitor's blade."

An officer and war heroine of Cherisa's army. Marcia is a loyal soldier who dedicated her life to her kingdom and her queen. She has received the task to cut off Ghiaccio Village's illegal trade routes used by the criminal guilds. This threatens the Kidnapping Guild's business, who sends Suki to deal with the problem. 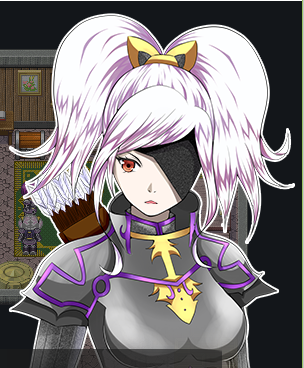 "As long as sweet Cherisa doesn't find out, we can do whatever we want."

Captain Marcia's second-in-command. Corrupt and pragmatic, she's only concerned with her own promotion. 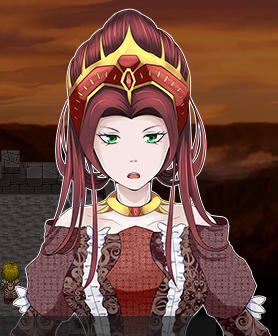 "This Kingdom could be the greatest in all the world, but I'm the only one with the vision to see it."

Cherisa's mother and a Walking Spoiler. She seems to play a part in her daughter's plans. Later revealed to be the true mastermind of Suki's fall and the real Big Bad of the game. 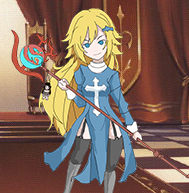 Don't let the picture fool you. She's a monster.

Cherisa's personal priestess and one of her main advisers. In reality, she works for Krystina. Her task is to keep an eye on the queen and to make sure that Cherisa obeys her mother's orders. 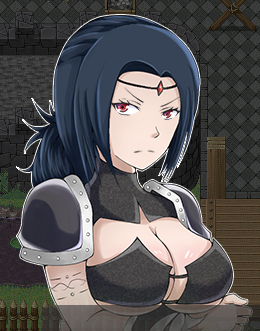 Don't let the picture fool you. She's not that bad.

Aurealis Academy
The antagonists of the third mission, set in the aforementioned academy. 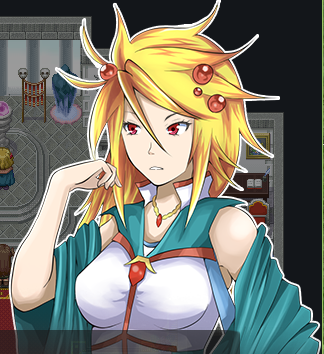 A teacher of the Academy who decided to use the Maunak Eye to increase her own powers, not realizing that this could corrupt her. But it's later revealed that she was deceived by another teacher and controlled all along by the Eye. 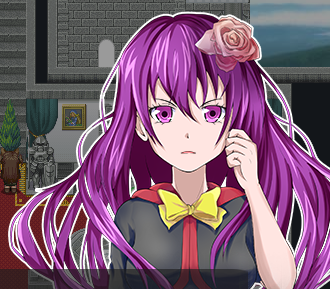 "Trust me... you don't want to get past me. You would be no match for Master Hyranda right now anyway."

Hyranda's assistant, who helps her master in her plan to use the powers of the Maunak Eye. Or so it seems...

Students in the females-only Aurealis Academy. When Master Hyranda chased away the other teachers, the students trusted her and remained loyal to her, staying in the school. But most of them, ignorant of the true threat posed by Master Hyranda's schemes, simply take advantage of the situation to do whatever they want.

A powerful and sentient evil magical artifact that longs to possess a human vessel to walk and use its tremendous powers freely. Whatever its plans are next, its evilness makes it a threat to the entire kingdom. 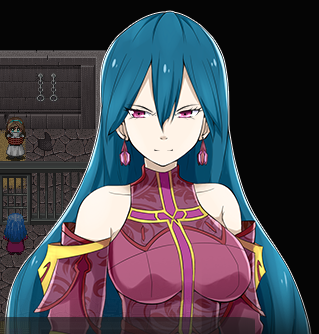 "When I saw the two of you walking right into my town, I knew I must add you to my collection."

A teacher of Aurealis Academy. She's the one who planned to awaken the power of the Maunak Eye and deceived Hyranda into becoming its new vessel.

Captain Dariana and her crew 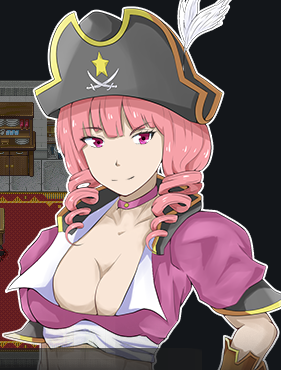 The captain of the pirates and her crew are the main antagonists of Mission 6, fittingly-named Pirate Bay mission.

Queen Kalama and her Amazons

The leader of a tribe of amazons living in the formerly unclaimed territory between the Kingdom and the Empire. The arrival of settlers from the Kingdom has caused a conflict to arise.

Cilia and the settlers

The leader of a group of settlers who have been sent by Queen Cherisa to settle in the formerly unclaimed territory between the Kingdom and the Empire, to claim its resources. Their arrival caused a conflict to arise with the local Amazon tribe.

A thief often attempting to rob houses Suki can fight when returning to previous locations.
Cameos

A duo of bodyguards protecting Princess Elvina. They are the avatars of a duo of real-life german cosplayers and married couple known as Jester and Kitty who are known for their bondage photos and videos.

A character from artist LostOneZero's Fantasy Frontier webcomic. A spoiled princess who dreams of being a famous heroine like her older sister and her mother.