Used to Be a Tomboy 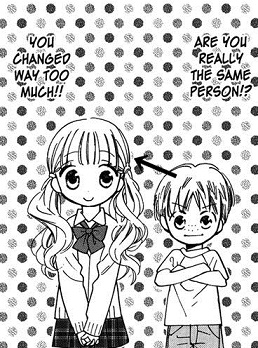 An Always Female trope where a feminine character is shown to have been more boyish when they were younger.

If the character is not introduced in this way, it'll often come in the form of a flashback or other form of reveal. It's typical for her to be on extremes of the gender expression scale — going from very butch and androgynous to a Girly Girl.

A common variation, especially in comedies, is Old Friend, New Gender. Sub-trope of She's All Grown Up and related to Girliness Upgrade. The inversion is Tomboyness Upgrade. Compare Former Teen Rebel and Tomboy Angst.