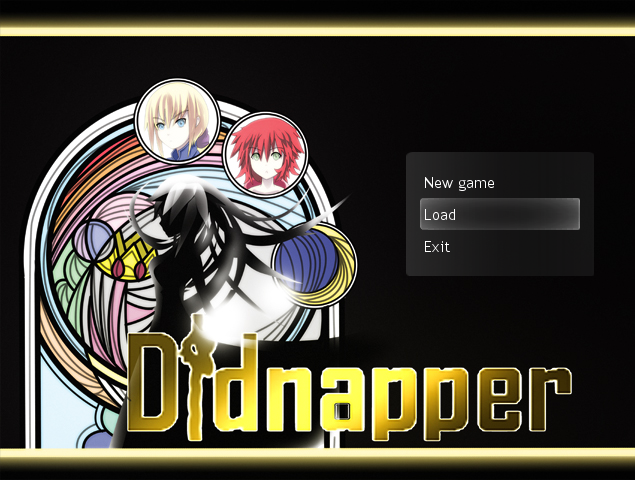 DIDNapper is a non-profit fan RPG Maker game that revolves around a princess from a unnamed fantasy kingdom named Suki who, after being betrayed by her cousin Cherisa who wanted to inherit the throne instead of her, is given the choice to join the Kidnapping Guild that held her captive in exchange of not being bound and gagged in a cell and to discover why Cherisa betrayed her.

As a kidnapper, she is tasked to kidnap girls for ransom while her guild searches for information on her cousin's whereabouts.

The game itself is a parody of the Anime Damsel in Distress and has a relatively light-hearted tone, however, that doesn't mean it doesn't have a certain level of kinkiness for those that are fans. You can learn more at its wiki

or on the project's DeviantArt group

The developers have since begun to work on new projects. Bonds, a Visual Novel about two friends in college who discover a mutual love of Bondage and begin to experiment together. Following Bonds is Didnapper 2 that is currently in production and will be set in the same setting as the original but will feature a different cast of characters and places.

If you're feeling generous and like the team's work, they have a Patreon

Note: Due to their similarities, the tropes true for Version 1.7note The part of the development that saw a lot of modifications. are also true for Version 1.8note The definitive version. As the older versions of the game are different from the newer, unless it's stated otherwise, all the tropes mentioned on this page are those of the definitive version.