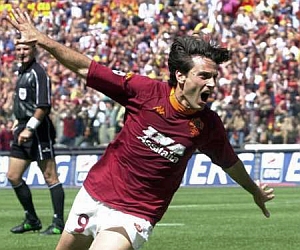 A cooler, more aerodynamic variant, with the runner's body leaning foward and the arms swept farther back, like the wings on an F-14 Tomcat, is also often used to indicate a very fast and agile runner. Ninja are frequently portrayed running this way, though they now tend to prefer the Ninja Run. Samurai also run in a similar manner, usually while keeping one hand grasped onto their katana. In a more (apparently) realistic series this may have something to do with the runner having a reduced profile and thus being harder to hit with ranged weaponry, but it's generally just the Rule of Cool. In modern Japan, this pose is known as "buun."

What better way to start a pilot-themed episode than with Airplane Arms?

What better way to start a pilot-themed episode than with Airplane Arms?