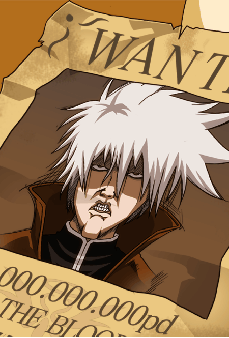 Five games now, and this is still hilarious.
Advertisement:

The people who made BlazBlue have a very healthy sense of humour. With the exception of Calamity Trigger, if you hear this song

, you know something funny is going to happen. Enjoy your daily dose of Vitamin LOL in the folders below.