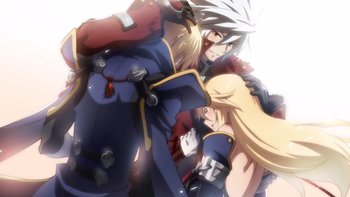 As BlazBlue is one of the darkest video game franchises, expect plenty of these.

All spoilers below are unmarked, as per Tear Jerker guidelines.