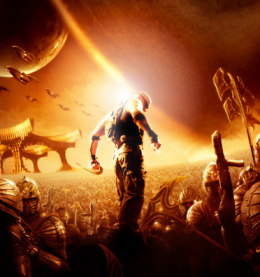 "In normal times, evil would be fought by good. But in times like these, it must be fought by a different kind of evil."
— Aereon
Advertisement:

Alternative Title(s): The Chronicles Of Riddick