Led by the proud and somewhat arrogant King Genn Greymane, the kingdom of Gilneas is located on a mountainous peninsula south of the Silverpine Forest. Greymane was coerced by his advisors into supporting and joining the Alliance during the Second War, but never felt that the Horde was a problem for his people. Following the Horde's defeat after the Second War, Gilneas seceded from the Alliance, closed off all their harbors and constructed the Greymane Wall, effectively isolating themselves from the outside world. This did not happen without a hitch, as Lord Darius Crowley, cut off from his lands beyond the wall, launched a rebellion, though it was eventually put down.

When the Scourge came, Genn Greymane ordered the Archmage Arugal to summon the extra-dimensional (though in reality, the dimension was the then-unknown plane known as the Emerald Dream) wolf-men known as the worgen. The worgen defeated the Scourge forces at the gate, but then proceeded to attack the human soldiers. Those who were bitten by the worgen but survived later ended up turning into the beasts themselves. Thus the curse of the worgen came to Gilneas and spread slowly throughout the kingdom, with the king and those close to him putting down any worgen they could find.

Come Cataclysm, the Forsaken, having been ordered by the new Warchief, Garrosh Hellscream, to secure Gilneas as a naval port for the Horde, allied with the worgen Alpha Prime. The worgen attacked Gilneas en masse, spreading the curse more effectively than beforehand. The Forsaken followed in, attacking Gilneas. This, combined with the cataclysm, almost resulted in the destruction of Gilneas and its people. But the worgen of Gilneas managed to regain their sanity, partly through the aid of potions, and partly through the help of night elven druids who came to the aid of Gilneas.

Most of its people were evacuated, along with the royal family, to Darnassus, where the kingdom formally rejoined the Alliance. The majority of the Gilnean people have take up residence in Darnassus, near a tree called the Howling Oak. However, many continue to fight against the Forsaken in the Gilneas Liberation Front under Lord Darius Crowley. The Gilneas Liberation Front eventually, along with the 7th Legion, managed to retake Gilneas, though its current situation is unknown. 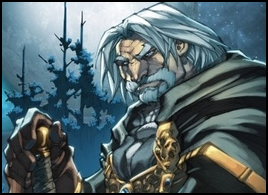 What an awfully prophetic name...
Click here to see his worgen form 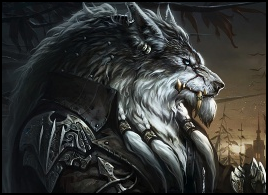 "Damn the orcs, damn the Alliance, and damn you! The last thing Gilneas needs is sponges from other nations drawing from our resources, Dalaran wizards meddling with our affairs, and someone else's enemies killing our soldiers! Gilneas is its own nation and it always will be. This is the last time I'll ever talk to you, Terenas, so I hope you were listening."

The proud and arrogant King of Gilneas, Genn Greymane only joined the Alliance of Lordaeron reluctantly, feeling that the orcs were not a concern for his people. Following the Second War he ordered the construction of the Greymane Wall and locked down the harbors in Gilneas, effectively cutting off his own kingdom and isolating it from the outside world. He stubbornly kept the gates shut even as refugees fleeing from the Scourge desperately begged to be let in to have a place of refuge.

Though the Greymane Wall successfully held off the Scourge invaders to a degree, the isolated kingdom did not go without its own internal troubles: First the Northgate Rebellion launched by Lord Darius Crowley, then the worgen curse accidentally came to Gilneas, slowly spreading itself, with himself as one of its earliest victims. He finally agreed to rejoin the Alliance following the breach of the wall by the Horde and the help from the night elves in controlling the worgen curse.

Wife of Genn Greymane and queen of Gilneas. 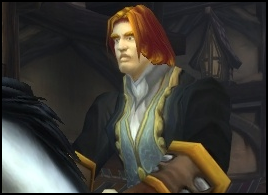 Son of King Genn Greymane and heir to the throne of Gilneas. Slain by Sylvanas in the Battle of Gilneas City, having taken her poisoned arrow for his father. 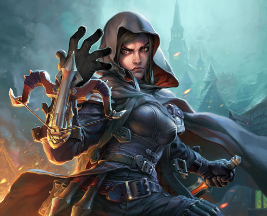 Daughter of Genn Greymane and heir to the throne of Gilneas after her brother Liam's death. She survives the Forsaken's invasion of Gilneas and accompanies her father and mother across the sea on the night elven ships. She is revealed in Legion to be one of the leaders of the Rogue class order known as the Uncrowned, a secret society of spies, assassins and thieves using the Dalaran sewers as their headquarters.

Leader of the Gilneas Liberation Front 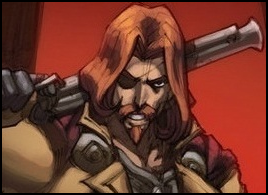 The Fistcleaver
Click here to see his worgen form 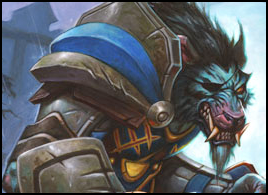 Gilnean noble, separated from his holdings by the Greymane Wall. Disagreed with Genn Greymane about leaving the Alliance after the Second War and started a rebellion against him. The rebellion failed, and Greymane threw Crowley in prison for treason. During the worgen invasion of Gilneas City, Greymane sets Crowley free, and the pair work together to evacuate the city. Crowley stays behind to create a distraction for the rampaging worgen, but gets turned into a worgen in the process. He later plays a key role against Horde players in the Silverpine Forest storyline. 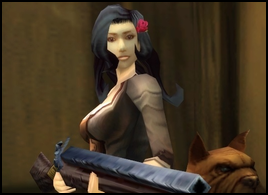 Rose in your hair, a must-have for killing your enemies

Daughter of Darius Crowley. She helps the player during the initial worgen attack in Gilneas City, and later joins the Gilneas Liberation Front against the Forsaken in Silverpine Forest. In Legion, she joins the Gilneas Brigade as an officer to "keep an eye on" the activities of Sylvanas Windrunner and her Forsaken in Stormheim. 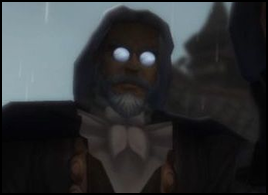 Yup, definitely a good guy.
Click here to see him as undead 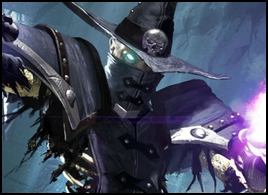 "Weakness... that is all you have managed to show me. Genn, you and those other disgusting mongrels that plague Gilneas, I sought death before I would serve you again. Enter the Banshee Queen, Sylvanas. You showed your true nature when you allowed Crowley to leave with his life, and so I took yours instead. You would do well to remember all that I have done, but if you still dare to enter my keep, all you will find is the lonely silence of death."

A very ambitious and influential noble, Lord Vincent Godfrey controlled the northlands of the kingdom behind the Greymane Wall. It was due to his political scheming that Gilneas ever offered any support, if only token, to the Alliance during the Second War and that the Greymane Wall cut off Darius Crowley from his lands. Godfrey has a fierce hatred for the Worgen and would like nothing more than to kill them all for good. Unfortunately, when Genn Greymane himself turns out to have been afflicted with the curse, he tries to trade him to the Forsaken in exchange for leaving Gilneas alone. The worgen player foils this and he commits suicide by jumping off a cliff.

The Forsaken later raise him as one of their own, and he proves instrumental in beating back the Gilneas Liberation Front as well as the 7th Legion's reinforcements. Unfortunately for the Forsaken, he held no actual loyalty to them and so shot Sylvanas in the back, before being forced to flee to Shadowfang Keep with his companions, Lord Walden and Baron Ashbury. He is eventually slain by adventurers sent by either the Forsaken or the Gilneas Liberation Front. 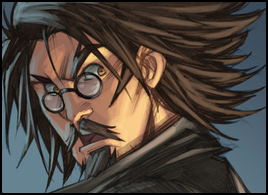 Elementary, my dear Cox.
"I thought of how acutely ironic it was that I'd had to become an animal... To find my humanity. It certainly lacked logic. But then again, as I had recently learned, much of what is important in life...does that very thing."

A famous detective from Gilneas, Halford Ramsey was in charge of the investigation of the "Starlight Slasher" murders along with his partner Cox. When he started to get close to the truth, he was captured by Alpha Prime, the leader of the Wolf Cult and was infected with the curse of the Worgen. 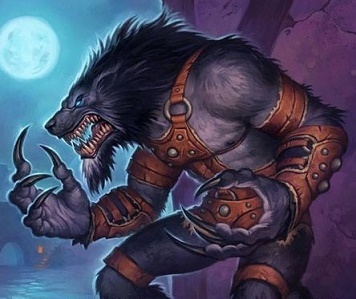 "My men should be tearing Godfrey to pieces even as we speak."

Ivar Bloodfang, introduced in Cataclysm, is the Alpha of the feral worgen Bloodfang Pack and the de facto leader of the feral worgen in Silverpine Forest and beyond. He is initially independent from either faction, but Darius Crowley convinces him to join forces with the Gilneas Liberation Front, since the Forsaken have adapted the policy of attacking all worgen irrespective of political allegiance. He then serves as Crowley's Number Two, but it quickly becomes apparent that he and Crowley are very different leaders — Crowley's largely honourable and self-sacrificing nature does not line up with that of Ivar, who is far more violent and ruthless. In the end, the worgen are expelled from Silverpine at great cost, and Bloodfang's attempts to organise the Stormpike Guard in Hillsbrad Foothills are foiled. Ivar remains loyal to the Alliance, however, and he and his pack join forces with Alliance adventurers in Shadowfang Keep to take revenge on the treacherous Lord Godfrey and his allies. 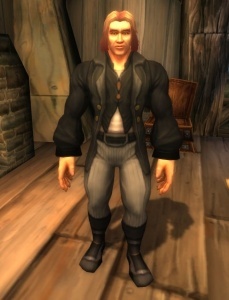 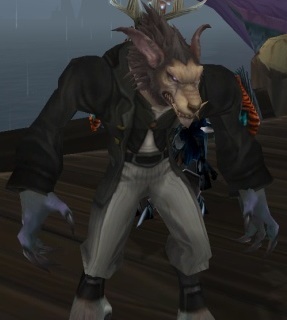 One of Darius Crowley's men, and among the many Gilnean to get turned into a Worgen at the Light's Dawn Cathedral. He takes an active part in the Gilnean exode following the Forsaken invasion. Later, he travels to Duskwood in search of his brother Stalvan.