A character subpage for the WarCraft universe, including World of Warcraft. For the main character page, see here.

The Earthen Ring as a whole

The Earthen Ring is an organization dedicated to preserving the harmony between the elements on Azeroth and Outland. They are made up of shamans from both the Alliance and the Horde. In Cataclysm they had a major role in working to repair the destruction Deathwing's return has wrought upon Azeroth and preventing further disasters from happening, but their numbers were devastated. They laid low during Mists of Pandaria and Warlords of Draenor, but in Legion they are back, with shaman players taking a leadership role in the organization, rallying the elements to battle the Burning Legion. 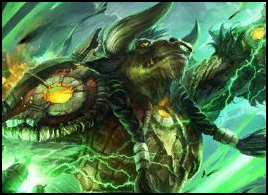 "The elements shall guide you."

Leader of the Earthen Ring prior to Tides of War.
Advertisement: 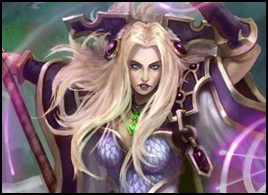 "Don't go calling me 'Magna.' That was another time and another place, and I'm not that woman anymore."

The penultimate Guardian of Tirisfal and the mother of Medivh. As the Guardian of Tirisfal she personally fought and slew Sargeras, who had appeared as an avatar on Azeroth. As Aegwynn's arrogance and independence from the Council of Tirisfal grew, she felt that she was the only one to choose the next Guardian. She fell in love Nielas Aran, a mage charged with hunting her down after she rebelled against the Council, and gave birth to their son Medivh before leaving him in Nielas' care, transferring the powers of the Guardian of Tirisfal for her son to awaken later in his age. Unfortunately, Sargeras had spirited his essence into Aegwynn after his avatar was slain, and he possessed Medivh as he was conceived, leading to him opening the Dark Portal and leading the orcs into Azeroth.
Medivh 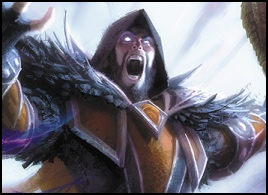 "Humanity is in peril! The tides of darkness have come again and the whole world is poised on the brink of war!"

The last Guardian of Tirisfal. He was conceived by and inherited the power from Aegwynn in defiance of the Kirin Tor, as she was possessed by the spirit of Sargeras. She left him in the care of his father, and became friends with Llane Wrynn and Anduin Lothar. His power awoke on his fourteenth birthday, and made him lapse into a coma. After he recovered, Sargeras, whose soul had passed to him from his mother, made a deal with Gul'dan and opened the Dark Portal. Khadgar, his apprentice, discovered his corruption some time afterwards and, along with Lothar and Garona, managed to slay him. It was later revealed that he was Garona's lover and had a child with her.

With Medivh's death, his soul was freed, and Sargeras was banished. His mother later resurrected him and he launched a plan to unite the Horde and Alliance to stand against the Burning Legion. In the end, he convinced Jaina, Thrall, Tyrande, and Malfurion to lead the army to stall Archimonde until the trap could be set at the World Tree and Archimonde destroyed for good.

His whereabouts after the war were unknown until making a slight return in Legion.
Med'an 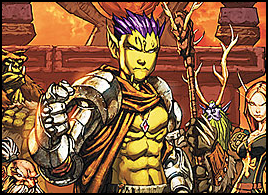 "When the child of the three realms becomes as light, the ancient power will be released. The earth will tremble. The seas will rise up in answer, and all will be madness. A new day will dawn, bringing with it chaos or peace."
— Prophecy

Med'an is the child of Garona, and the New Guardian of Tirisfal. He was raised by Garona's friend Meryl Winterstorm in Duskwood, and never knew the identities of either of his parents. The subject of a prophecy, the Twilight's Hammer planned on using Med'an to revive the Old God C'thun. Garona got involved when the Twilight's Hammer exploited the old mind control spell used on her in the First War, revealing Med'an's heritage and power to the world.
Advertisement: 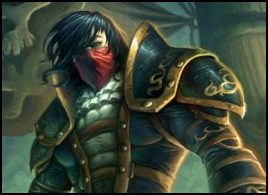 "Welcome to the Deadmines!

"
"Fools! Our cause is righteous!"

Founder and leader of the Defias Brotherhood. Once the master of the Stonemasons Guild, which rebuilt Stormwind after the Second War. Due to manipulations by Katrana Prestor, the guild was denied just payment by the House of Nobles. While King Varian tried to pay the guild out of his own coffers, the ensuing riot killed his wife Queen Tiffin, causing the guild to be branded as criminals and thrown out.

Vowing revenge, Edwin gathered his fellow Stonemasons together and formed the Defias Brotherhood. The Brotherhood plagued the kingdom of Stormwind, forging alliances with gnolls and kobolds, hunting together resources and chasing people out of Westfall; all to build a weapon that would lay the Stormwind to waste: A massive juggernaught, hidden within the Deadmines. Before it was completed, he was slain by adventurers sent by Gryan Stoutmantle. But though VanCleef is dead, the Brotherhood persists...
Vanessa VanCleef 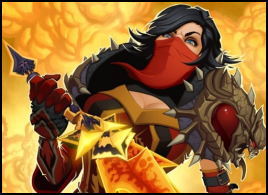 "Hope is a cruel joke, played upon us by a harsh and uncaring world. There is no Hope, there is only Vanessa."

Edwin VanCleef's orphaned daughter. Watching her father die at the hands of adventurers, she fled the Deadmines, eventually stumbling into the Saldean home. With seemingly no recollection of who she was, she was adopted by the Saldeans, who named her Hope. In truth, she knew well who she was and since the years since her father's death has been working towards avenging him. 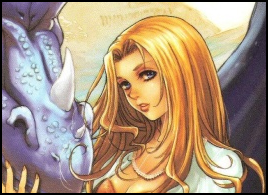 Anveena is the physical embodiment of the remaining energies of the Sunwell, given human form and memories by Krasus. She is eventually forced to learn of her heritage and later joins with the Blood Elves to try to heal the Sunwell. She ends up getting kidnapped by Kael'thas, almost drained, and forced to sacrifice herself to help defeat Kil'jaeden. 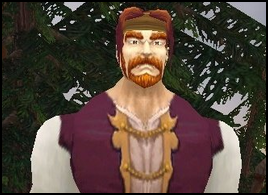 The leader of a group of treasure hunters, Budd first appeared outside Zul'Aman in The Burning Crusade, where he sent players into the Troll stronghold looking for riches. He has since made an appearance in both of the subsequent expansions.

"Hmm, unannounced visitors. Preparations must be made..."

The castellan of Karazhan and Medivh's personal servant. After Khadgar and Garona exposed Medivh's treason, he helped the two escape Karazhan, but remained in the tower and was killed by his master. But because of the tower's curse, he later rose as an undead, unable to truly die despite how many times he is killed. To this day he still waits for Medivh to return to Karazhan.
Mylune

"Are there any teeny tiny animals in need of my aid? ...I need to hug a bunny right now!"

Mylune is a forest nymph located at the Grove of Aessina in Mount Hyjal who first appeared in Cataclysm. She is most often encountered as a quest giver, and is a strong animal enthusiast.
The Council of the Black Harvest

The Council of the Black Harvest

First mentioned in a lore book in 5.0, The Council of the Black Harvest is a six-person group of Warlock power-seekers formed after Deathwing's defeat, who have each been touched in different ways by dark magic, not just the fel normal warlocks are used to using. The council travels in groups of two seeking out the power of what they believe to be the most superior; Human leader Kanrethad Ebonlocke and Undead Jubeka Shadowbreaker are the Demonologists, seeking perfection in demonic control and new and powerful minions to bind. Blood Elven Shinfel and the Gnome Zelfrax are the Affliction warlocks, who are hunting down the remnants of the twilight's hammer and learn their powerful, insanity inducing corruption. And Worgen Zinnen and Orc Ritssyn are the Destruction warlocks, searching for ways to obtain the power of Deathwing and Ragnaros respectively.

Kanrethad and Jubeka both play a major role in the warlock class quest introduced in 5.2, involving their journeys through Outland to perfect their demonology and culminating in Kanrethad's corruption induced insanity when he successfully becomes a full blooded demon.

In addition, most of their books and memos indicate they were the ones who created most of the new warlock techniques, and spread it out amongst the player warlocks.

The Outcasts are arakkoa who angered the Adherents of Rukhmar, the ruling caste of the Spires of Arak, and were thrown into the pools of the Sethekk Hollow. The cursed pools twisted and withered their bodies, and they sought the shadows to escape the burning light of the Adherents. The arakkoa met in Outland are The Remnant of these arakkoa, and by that time follow an unnamed Old God.

The Night Elf prince of Aszuna, who defied the evil queen Azshara and was punished with a curse. 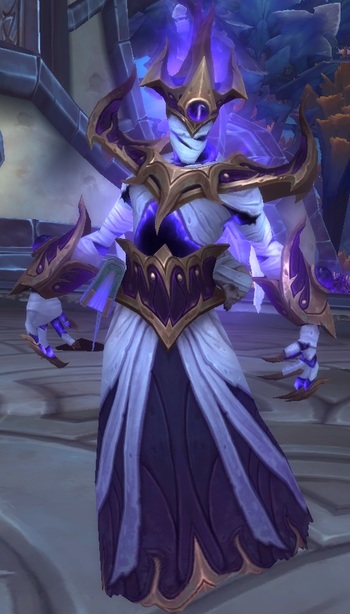 An ethereal who has remained sane despite his affinity to the Void. He teaches Alleria Windrunner everything he knows about the Void. 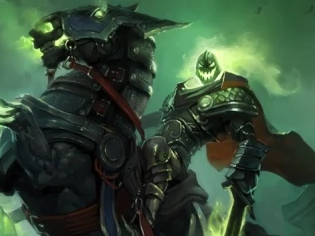 "It is over, your search is done. Let fate choose now, the righteous one. [emits a horrifying guffaw]"

A Hallow's End event boss. Formerly Sir Thomas Thomson, a Knight of the Silver Hand, he was cursed and now seeks vengeance upon the living, in spite of believing to be alive himself...
Vorrik
One of the leaders of the Sethrak race in Vol'dun. He and his followers, the Devoted, are trying to prevent the Faithless Sethrak from unleashing a powerful servant of the Old Gods.