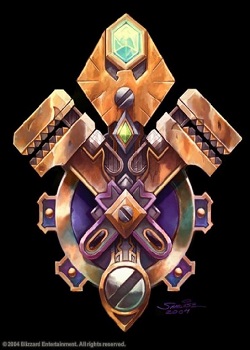 Icon of Technology
The gnomes of Gnomeregan aided the Alliance in the Second War but were absent during the Third War due to an invasion by the barbaric caveman-like troggs. The gnomes attempted to nuke Gnomeregan to kill the troggs but the plans went awry due to the treachery of Mekgineer Sicco Thermaplugg. High Tinker Gelbin Mekkatorque and his people were sheltered within Ironforge with their dwarven allies but following Cataclysm, many have left to retake Gnomeregan from Thermaplugg and his leper gnomes.

Much like their allies, the dwarves, it was revealed in Wrath of the Lich King that gnomes were originally robots made by the Titans to help the Keepers, but that they had mutated into their current state by the Old Gods.
open/close all folders
General Tropes
Gelbin Mekkatorque

Class: Tinkernote In game mechanics terms, Warrior with a lot of Engineering extras 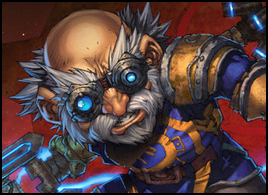 Don't mess with his friends and his city or one could end up cut short.
"Necessity is the first cousin of invention."

The current High Tinker of the Gnomes, Geblin is a renowned inventor and is praised for his great intellect. However, during a terrible Trogg invasion, Geblin was forced to abandon the gnomes home city of Gnomergan after following the advice of his second-in-command, Mekgineer Thermaplug, and unleashing a radiation bomb to stop the troggs. The fallout from the bomb made Gnomeregan uninhabitable, and poisoned many of Mekkatorque's own subjects, turning them into hideous and insane Lepper Gnomes. To make matters worse, Thermaplugg took control of the city for himself and declared himself the new king.

Residing in Ironforge, Mekkatorque spent years planning to retake Gnomergan from Thermaplugg. These plans came to fruition prior to the Cataclysm, as he and a vast of gnomes army marched upon the city. While they were successful in recapturing the surface areas, they were unable to succeed in taking the deeper levels of the city. While still not fully content with their situation, Mekkatorque is happy with their progress, and one day hopes to have their home back fully in his grasp.
Sicco Thermaplugg 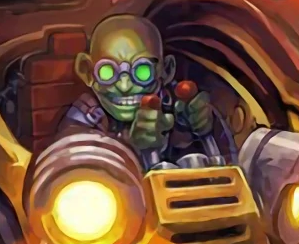 An old friend to Gelbin Mekkatorque, Sicco Thermaplugg was once a proud and ambitious gnomish engineer who sought to make Gnomeregan a great and powerful nation. His greedy desire for power combined with a lust for revenge against those he felt had cheated him from his rightful place in gnomish society turned him into the greatest traitor of Gnomeregan, and the city became irradiated by his fault.
Advertisement:
Kelsey Steelspark 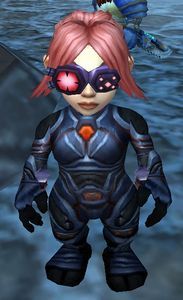 "Gnomeregan will be best served by cutting down as many as we can."

A high ranking agent in the Gnomeregan Covert Ops dispatched to Tanaris to see that Gnomeregan's interests are secured. She plays cute and innocent, but it's an act to cover the determined and (if necessary) ruthless agent within. Shows up several more times over following expansions, but most prominently in Battle for Azeroth, where she participates in much of the Alliance's war effort in Zandalar and Kul Tiras.
Millhouse Manastorm 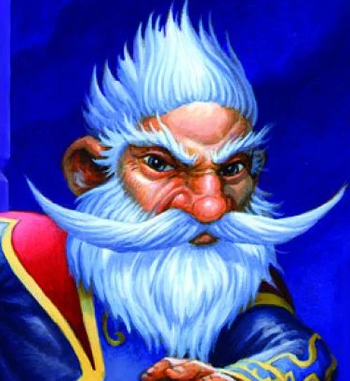 "I’m gonna light you up, sweetcheeks!"

An ambitious gnomish mage who seeks great power for his own ends, though most see him as little more than a nuisance.
Wilfred Fizzlebang 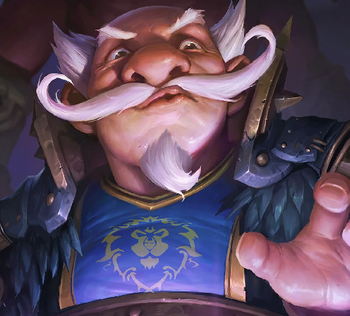 A warlock most famous for showing up to the Argent Tournament, trying to summon a Doomguard, and instead summoning JARAXXUS! EREDAR LORD OF THE BURNING LEGION!!!!!