These are the characters that appear in Tim Burton's stop-motion movie, Corpse Bride. 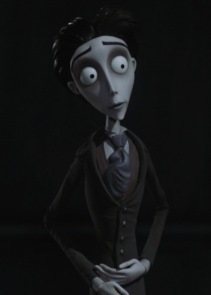 "With this hand I will lift your sorrows. Your cup will never be empty, for I will be your wine. With this candle, I will light your way into darkness. With this ring, I ask you to be mine."
Voiced by: Johnny Depp (original), Roberto Mendiola (Latin-American Spanish dub), Roger Pera (Spanish dub), Bruno Choël (French dub)

A shy and gawky young man who is engaged to Victoria Everglot for social and financial reasons. He is a very good pianist. 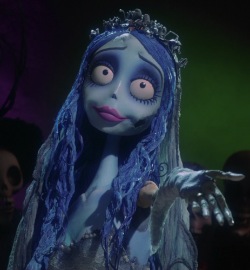 A beautiful and charismatic young woman with a passion for music and dance. Thing is... she's a zombie, coming from her very troubled death. 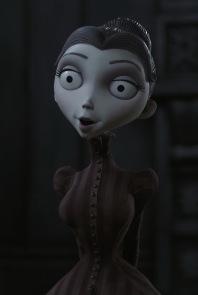 "Since I was a child, I've dreamt of my wedding day. I always hoped to find someone I was deeply in love with. Someone to spend the rest of my life with. Silly, isn't it?"
Voiced by: Emily Watson (original), Maggie Vera (Latin-American Spanish dub), Graciela Molina (Spanish dub)

Victor's pretty, sweet-natured, yet timid fiancee. She is kind and shy, yet determined when she puts her mind to it. 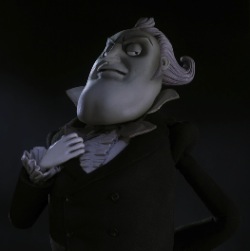 "Oh, my dear. Don't look at me that way. You have only to suffer this union untill death do us part. And that will come sooner than you think..."
Voiced by: Richard E. Grant (original), José Luis Orozco (Latin-American Spanish dub), Óscar Barberán (Spanish dub)

A charming yet murderous con-artist. 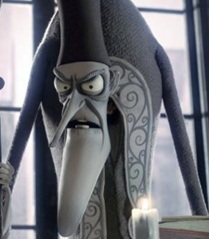 A haughty and bad-tempered priest who is hired to conduct Victor and Victoria's marriage. 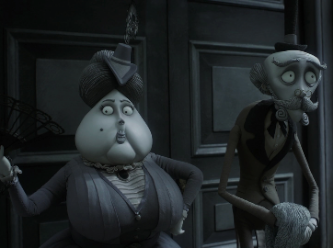 "We'll be there, we'll be seen havin' tea with the Queen, we'll forget everything that we've ever, ever been!"
Voiced by: Paul Whitehouse and Tracey Ullman (original), Ismael Castro and Anabel Méndez (Latin-American Spanish dub), Javier Viñas and Concha Valero (Spanish dub)

Nell and William, Victor's parents, and a pair of nouveau riche fish merchants that have become wealthy through their industry, much to the disapproval of the Everglots. 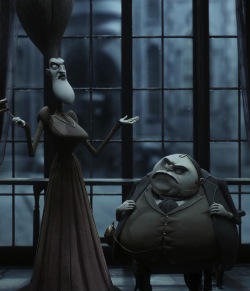 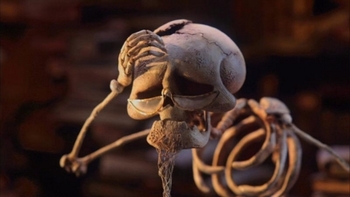 "Why go up there, when people are dying to get down here?"
Voiced by: Michael Gough (original), Francisco Colmenero (Latin-American Spanish dub), Santiago Cortés (Spanish dub)

An ancient and rickety skeleton who rules benevolently over the underworld. 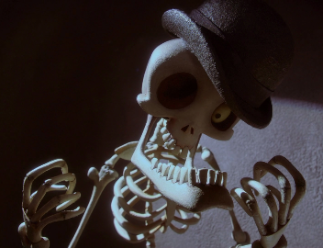 "And what a story it is! A tragic tale of romance, passion, and a murder most foul! Hit it, boys."
Voiced by: Danny Elfman (original), Gerardo Vásquez (Latin-American Spanish dub), Jordi Boixaderas (Spanish dub)

The Maggot and the Black Widow spider 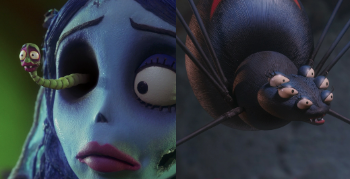 "If only he could see how special you can be, if he only knew the you that we know!"
Voiced by: Enn Reitel and Jane Horrocks (original), Germán Fabregat and Queta Calderón (Latin-American Spanish dub), José Javier Serrano and Roser Aldabó (Spanish dub)

A maggot and spider that live inside Emily. 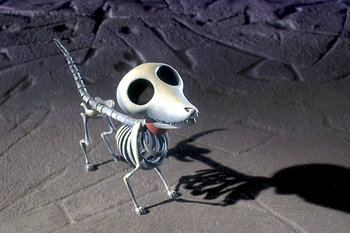 Victor's dog, who died before the events of the movie. Both reunite after Victor arrives to the Underworld. 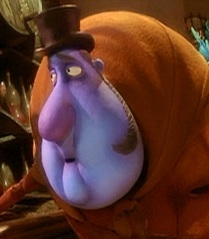 "Time to pick up the pieces and move on, I suppose."
Voiced by: Paul Whitehouse (original), Enric Isasi-Isasmendi (Spanish dub)

An employee of the Van Dorts' fish cannery who also acts as their coach driver. 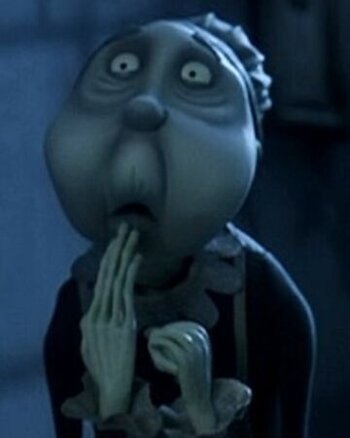 Victoria's elderly maid and her closest friend in the Everglot household. 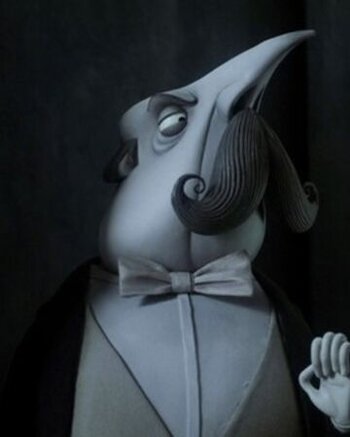 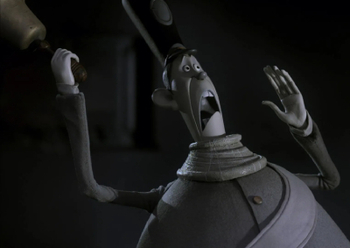 The fellow shaped like a bell who works as the town's main source of news and gossip.

The Undead Inhabitants
A couple of jolly dead people that live in the Underworld.