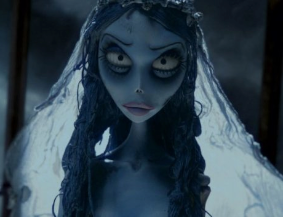 If you thought that Romero and O'Bannon zombies were terrifying...
Advertisement: