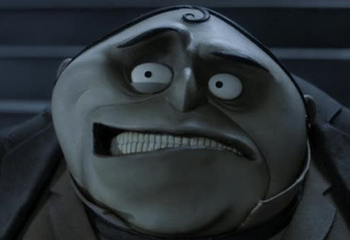 Despite being a movie where the dead commune with the living, Corpse Bride does manage to bring out some humor.