I'm Coraline Jones. I've got so much to tell you.
Voiced By: Dakota Fanning 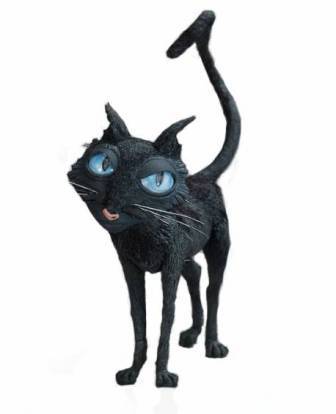 I'm not the other anything. I'm me.
Voiced By: Keith David

A sarcastic, mysterious, nameless black cat from Coraline's world who appears and disappears at will and has the ability to speak in the Other World. 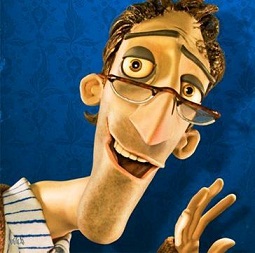 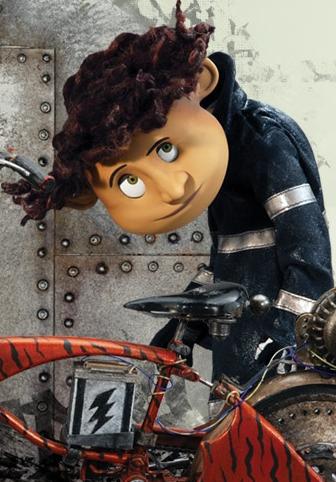 Hm. It's not real scientific, but I heard an ordinary name like Caroline can lead people to have ordinary expectations about a person.
Voiced By: Robert Bailey Jr. 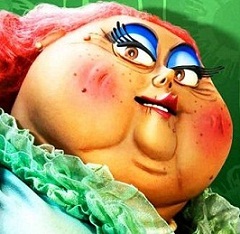 A retired burlesque actress who lives with Miss Forcible. 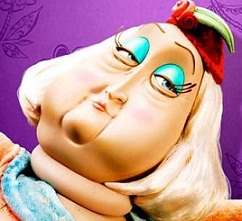 Well, not to worry, child: It's good news. There's a tall, handsome beast in your future.
Voiced By: Dawn French

A retired burlesque actress who lives with Miss Spink. 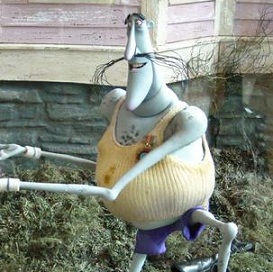 I am the Amazing Bobinsky! But you—call me Mr. B. Because, amazing, I already know that I am.
Voiced By: Ian McShane

A retired circus performer living in the flat above Coraline's; he is commonly referred to as the Crazy Old Man Upstairs.

Wyborn! I know where I'm going. I grew up here!
Voiced By: Carolyn Crawford

Wybie's grandmother and landlady of the Pink Palace apartments. 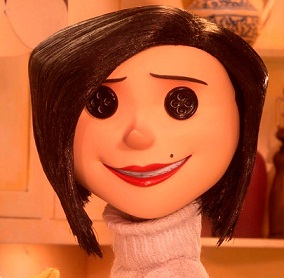 They say even the proudest spirit can be broken... with love.
Click here to see her true form. 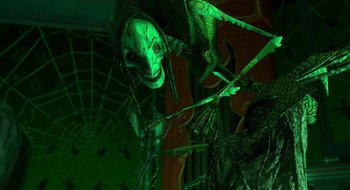 The main antagonist of both the novel and film; a mysterious and highly manipulative being who created much of the Other World.

All will be swell, soon as Mother's refreshed. Her strength is our strength...
Voiced By: John Hodgman 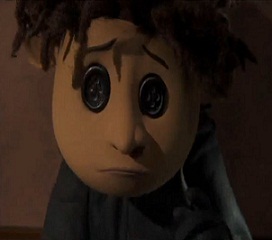 In the Other World, the Other Wybie is more silent than the original but is loyal to Coraline.

The Other Miss Spink 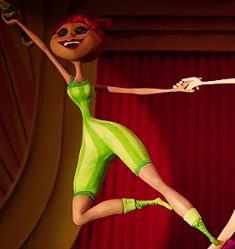 The Other Miss Forcible 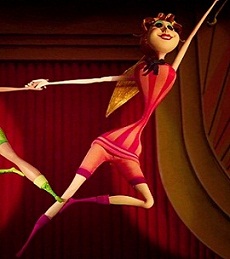 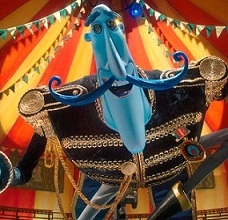 The Other World version of Mr. Bobo/Bobinsky; in the Other World, he trains rats as part of a rat circus and is in fact made of rats. 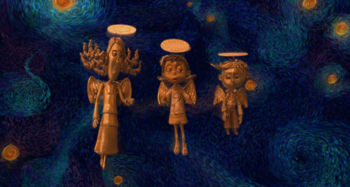 A trio of children who were previous victims of the Other Mother: two girls and one boy.