Brigadoon: Marin and Melan tells the story of Marin Asagi, a young orphan girl and Melan Blue, a bionic alien warrior, who become friends and must work together to save both their worlds. The large and diverse cast of characters includes not only Earthlings but alien beings called Monomakia and a race of intelligent felines that make up the Central Assembly of Brigadoon. 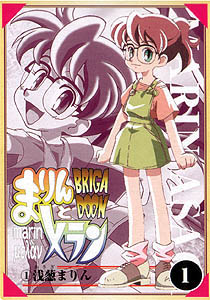 Marin is an orphan who was abandoned as a baby and raised by the poor but loving Asagi couple. At the start of the series she is a thirteen-year-old seventh grade student with a wild imagination, lots of energy and an optimistic attitude. Her peaceful life changes dramatically when she suddenly finds herself the target of killer aliens called Monomakia. Fortunately she meets Melan Blue, a powerful and mysterious being who becomes her protector. Soon Marin must deal with persecution from her classmates and increasing strains on her relationships with her family and friends. She gradually learns the reason the Monomakia are after her, the connection between Earth and Brigadoon, and the role she must play to save both worlds from destruction. On top of all this, she forms a powerful bond with Melan, whose fate seems to be bound to hers. 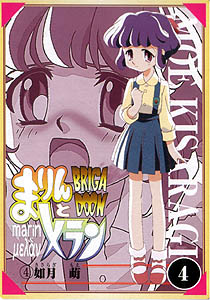 Moe is Marin’s classmate and best friend. Rich in dollars but poor in health, she is a wallflower at school and a regular in the nurse’s office. Her mother is overprotective and doesn’t approve of her associating with the less fortunate Marin, forcing Moe to make difficult choices in order to maintain their friendship. Despite her limitations, Moe goes to great lengths to help Marin and tries to help her with her unusual challenges however she can. When it comes to Monomakia, she’s a bit envious of Melan’s ability to protect Marin from danger as well as the amount of time he spends with her. 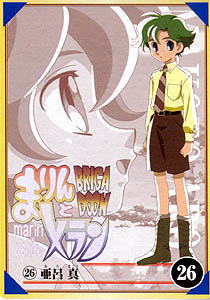 Makoto Alo is an enigmatic young boy who seems to know a lot more about Brigadoon and Monomakia than a normal person should. On first meeting him Marin assumes he is a historical observer from the future, which seems to be true as he tells to keep this a secret and often knows about things before they actually happen. On their second meeting they introduce themselves more formally, and Marin gives him the nickname Aloma, which he keeps. He spends most of the series observing events from the background, commenting on what’s happening and only becoming directly involved much later on. 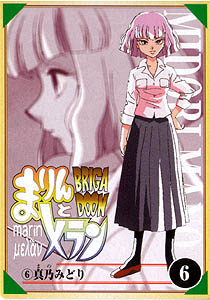 Midori is a tough and tomboyish ninth grade student at Marin's school. A juvenile delinquent from a single parent household, she cuts classes and gets into fights often and has even been to jail. Despite all this she actually has a kind heart and becomes a loyal friend to Marin. 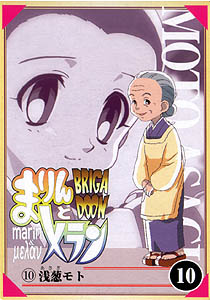 Moto is Marin's foster mother and the tenement house's unofficial matriarch. At 68 years old, she is a widowed housewife with wisdom and energy to spare. She is very kind, motherly, and wise, but as soon as Marin is in danger she will rush to her aid without hesitation, no matter what that danger may be. When Melan comes along, she welcomes him into her home and treats him like another member of the family. 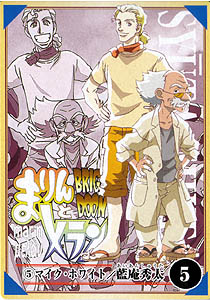 Shuta is a 75-year-old inventor and Mike is his 22-year-old American assistant. Practically always together, they both have their fair share of quirks and are perhaps the oddest residents in the tenement house. When Monomakia start coming after Marin, they waste no time trying to invent devices to protect her from them. Unfortunately, most of these devices are impractical if not totally useless. 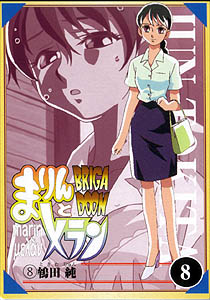 Jun is a pretty and gentle 22-year-old with a demanding job as a nurse. One of the more sensible residents of the tenement house, she works to support herself and her alcoholic father. She often tends to Melan's wounds and Marin looks up to her as a role model. Unbeknownst to all, this respectable young lady leads a secret double life. 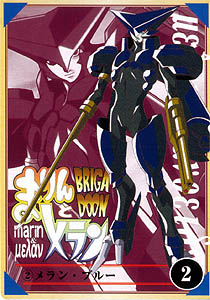 Melan is Marin's self-proclaimed bodyguard and a type of Monomakia called a Gun-Swordsman, due to having those weapons in place of hands and his skill in using them. Marin found him at a shrine near her house where he had been asleep for a hundred years inside a tiny blue ampoule. He originally comes from Brigadoon, where he once belonged to a group of three Gun-Swordsmen, but his former comrades consider him a betrayer for leaving the group on a secret mission, the nature of which he does not reveal to anyone for a long time. Melan is a very tall, strong, and imposing figure who takes his mission very seriously. At first he is fairly unemotional and protects Marin mainly from a sense of duty, but over time he grows to care about her and the human world very personally.
Pyon Silver 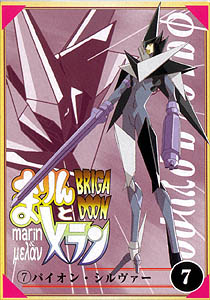 Pyon (pronounced Paion) is the strongest of the Gun-Swordsmen and a former friend-turned-enemy of Melan. He is a noble fighter and follows a strict code of honor, confronting his opponents directly. He has no problem killing people who get in his way, but he’ll give them a fair warning first. Pyon regrets having to fight Melan, but considers him a traitor and intends to bring him to justice. 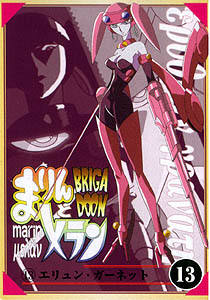 Erin is the only female among the Gun-Swordsmen. Like Pyon, she is a former friend of Melan who is now his enemy, but is far more angry and violent toward him. Fierce and ruthless in battle, she doesn’t care if innocents get hurt and will settle for nothing less than total victory. Perhaps the true reason she’s so angry with Melan is because she had special feelings for him in the past. 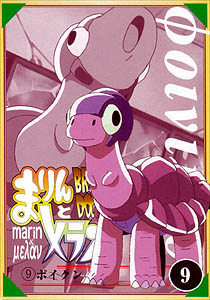 Poikun is the second Monomakia ally Marin finds on Earth. Designed for transport over land and through water, he has very few offensive abilities but is quite helpful when someone needs to escape or be taken to safety. He's also very cute and friendly, more like a pet than a bodyguard. 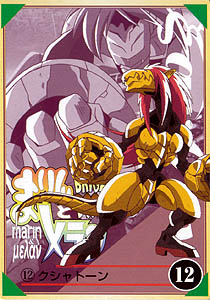 Kushatohn is the third Monomakia ally Marin finds on Earth. Designed for combat, she is a gigantic beast and very fierce in both nature and appearance. She's also incredibly strong, able to tear apart foes that are even larger than she is. These abilities make her a good bodyguard, but due to her size she remains in her ampoule until she's needed. 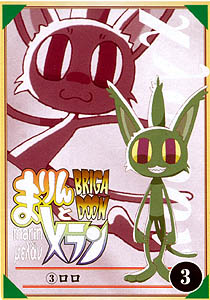 Lolo is a small, feline alien who showed Marin where Melan’s ampoule was located. He tends to pop up out of thin air and in the oddest of places, and doing the oddest of things. He appears continuously as a sort of trickster mentor, offering advice and giving information to the heroes as needed. It is later revealed that he serves Brigadoon as the Chairman of the Life Improvement Committee. He is also aware of a large conspiracy going on within Brigadoon’s Central Assembly, and his associations with Marin and Melan are part of a larger plan to thwart the unknown enemy’s plans to destroy Earth and Brigadoon. 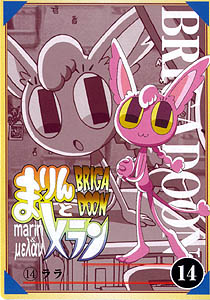 Lala is friends with Lolo and Lulu, and the Chairman of the Ecological Control Committee. She’s an expert on Monomakia and can even create new ones. Bright and bubbly, she cares about Lolo a lot and worries about his strange behavior, but she also has a short temper and can get violent when she's mad. 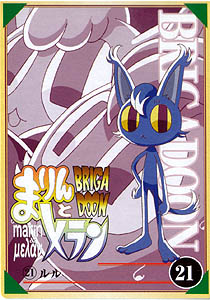 Lulu is Lolo’s friend and the Chairman of the Space-Time Observation Committee. His main responsibility is to monitor the warps between Brigadoon and Earth to make sure the two worlds don’t destroy each other. He also loves to eat junk food, just like someone else... 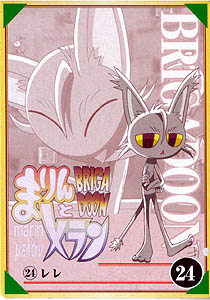 Lele is the Chairman of the Pasca Executive Committee. As his title says, his job is to make sure the Day of Pasca occurs without a problem. This means finding and retrieving the missing Creis from Earth, which is no easy task. He has a very smug, sarcastic attitude, doesn’t get along with Lolo or his friends, and seems to have a hidden agenda.