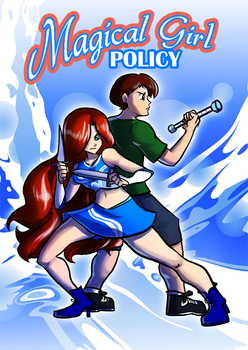 is a story written by Taralynn Andrews.

Robert has recently arrived in Kessia City to attend college, where he plans to buckle down, get an engineering degree, and hopefully make a few long term friends. However, when a monster attacks the local video arcade and is fought off by super powered cheerleaders, Robert begins to suspect that Kessia City isn't as normal as he had hoped it would be. Even worse, the monster and cheerleaders all showed a lot of interest in him since he began to glow the minute it attacked.

The story currently updates once a month.