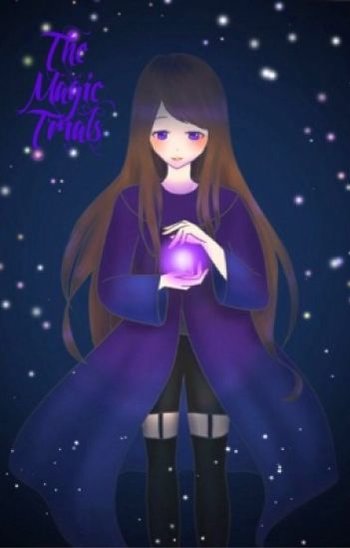 You are special. You are the Keye.
The Magic Trials

is a fantasy web novel written by EmmaTheEnderGirl, published in 2016 on Wattpad. The book revolves around ordinary middle schooler Ells Ender, trying to keep a low profile and avoid making her magical abilities known by her peers. However, she one day receives a letter, stating she has been chosen participate in The Magic Trials; a famous battle between magically-gifted kids and teens. This ultimately results in her whole worldview on magic to change, with the added bonus of discovering new powers she never thought she had, as well as finally find out the truth about her long-dead father.

The Magic Trials provides examples of the following tropes: