This is a page for the Main Story Fallout 4 Companions within Fallout 4. For other companions, look at the main companion page. 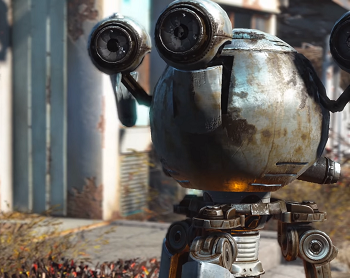 Voiced by: Stephen Russell
"As I live and breathe! It's... It's really you!"

The Mister Handy robot belonging to the player character's family. He can join the player as a companion after the arrival of the refugees that Preston is escorting (or just by entering Concord). 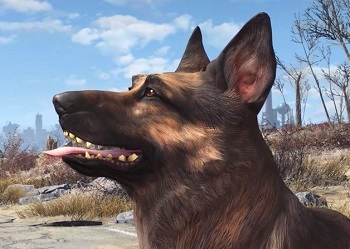 A dog that the Sole Survivor finds at the Red Rocket truck stop between Sanctuary Hills and Concord. According to Mama Murphy, he's something of a free spirit, and sought out the Survivor due to the latter's great destiny.

Unlike other companions, he does not grant you a special perk and has no loyalty meter; instead, you give him new biting abilities with the "Attack Dog" perk in the Charisma tree. He can also sniff around for enemies or hidden loot stashes. 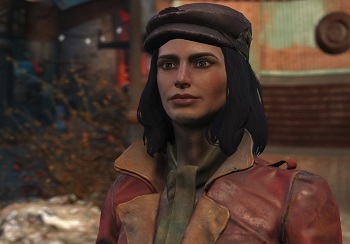 Voiced by: Courtney Ford
"Never thought a reporter could consider themselves a success until someone threatened their life. Me? I'm very successful."

A long-time resident of Diamond City, Piper is the owner, publisher, and sole writer of the town newspaper, "Publick Occurrences." With the help of her younger sister Nat, she does her best to expose every bit of corrupt dealings and dirty laundry the town's elite may have — whether anyone cares or not. In particular, she's utterly convinced that the town's government has been infiltrated by the Institute, and has been looking for any excuse to raise awareness of the organization's diabolical nature.

She is a romance option for the Sole Survivor. Her unique perk, "Gift of Gab", doubles the experience points earned by passing skill checks and discovering new locations. 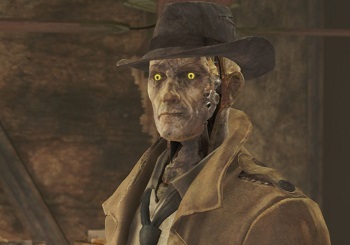 Voiced by: Stephen Russell
"Told you, I'm a detective. Look, I know the skin and metal parts ain't comforting, but it's not important right now."

Diamond City's resident detective, Nick Valentine may very well be the only synth that the city has ever knowingly tolerated. Through a lot of blood, sweat, and tears (metaphorically, of course) he became accepted by the city's population as the go-to guy for finding missing people. His past certainly helps — being abandoned by the Institute in a trash heap with his memories wiped earned a great deal of sympathy points. The Sole Survivor comes to his office in search of help, but things turn out to be a lot more complicated than scheduling an appointment...

His unique perk, "Close to Metal", gives you one extra guess and a 50% cooldown to terminals while hacking.