"Welcome to the great green jewel of the Commonwealth. Safe. Happy. A fine place to come, spend your money, settle down."
—Mayor McDonough

The largest settlement in the Commonwealth (following University Point's destruction and not counting the relatively secluded Vault 81), located inside the relatively intact Fenway Park. It owes its security to both "the Wall" and its trigger-happy security force at the service of the Mayor. 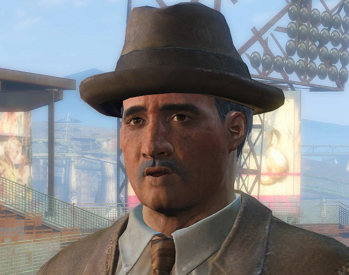 The mayor of Diamond City, elected on a strong anti-Ghoul platform. Ironically, his brother, John Hancock, is a Ghoul. He does not like Piper and her investigative journalism. 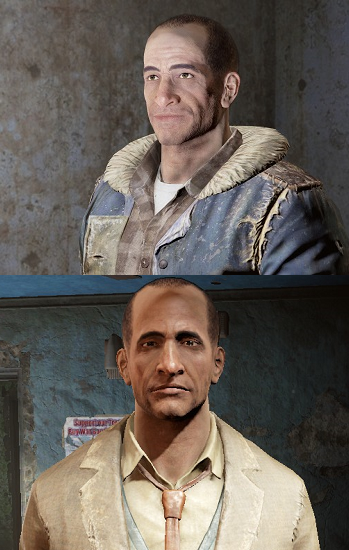 Twin brothers and co-Owners of the Dugout Inn. 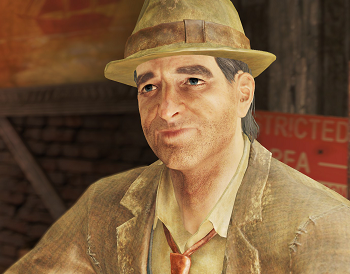 The owner of the Colonial Taphouse, having an affair with Darcy Pembroke. In order to resolve the problem peacefully, he suggests to raid a chem factory. 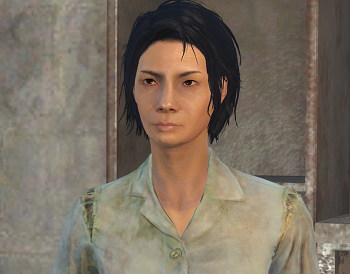 The owner of Diamond City Surplus. 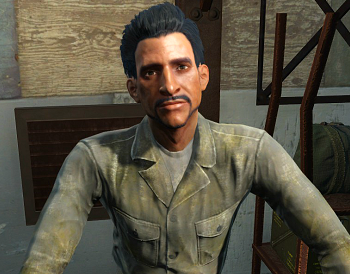 The owner of Commonwealth Weaponry - also a contact for the Railroad.

The owner of Swatters, and a so-called "baseball" enthusiast.

When he can stand being around his patients, the city doctor.

The city's other doctor who specializes in plastic surgery.

The laid-back proprietor of Chem-I-Care.

A Protectron robot that works as the cook at Power Noodles. Only says one thing.

An orphan kid who runs the water purifier and sells purified water. Unlike most kids, he goes to school at night. 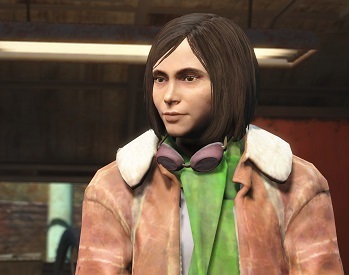 Piper's little sister, who follows in her footsteps by helping sell newspapers. 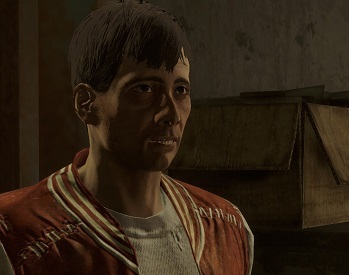 The DJ of Diamond City Radio and news broadcaster for the game. 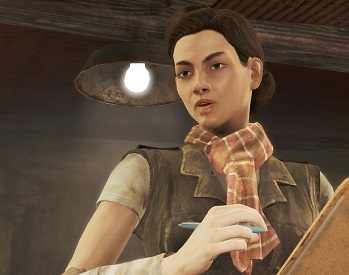 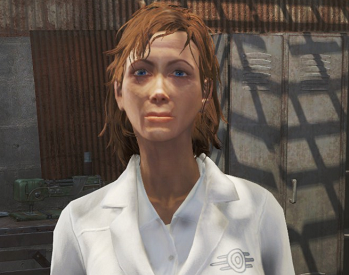 Associate residing in the Science! Center.

The pastor who runs the All Faiths Chapel near the front gates of Diamond City.

A grumpy man with relationship trouble, he suspect his wife was cheating with Henry Cooke. 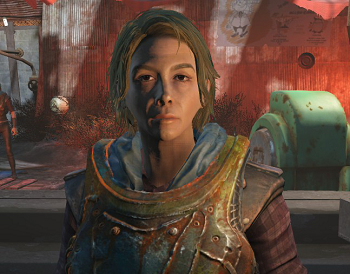 The daughter of Henry Cooke. She comes into town searching for her missing father, a few in-game days after the conclusion of the "Diamond City Blues" mission. 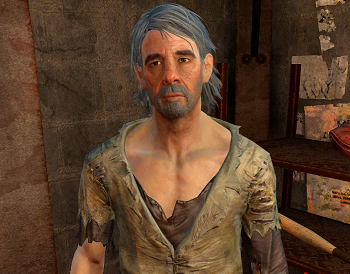 A bum who spends his days sitting in the Diamond City market and asking passersby for a Nuka Cola.