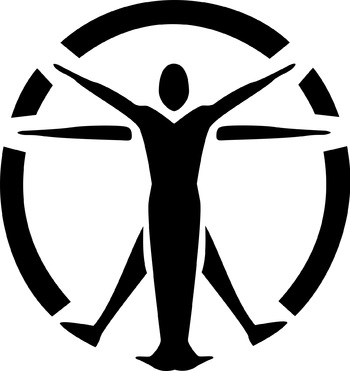 Mankind Redefined
"Haven't you been paying attention? You don't "find" the Institute. The Institute finds you."
-Conrad Kellogg
Advertisement:

A mysterious cabal of scientists descended from the staff of the Commonwealth Institute of Technology (the Falloutverse's equivalent to M.I.T.). Little is known about them, apart from the fact that nobody's been able to locate their base of operations, and that they are the creators of the Synths. To the rest of the Commonwealth, they're seen as the local boogeyman since they rule the entire region (along with what's implied to be most of New England) from the shadows. 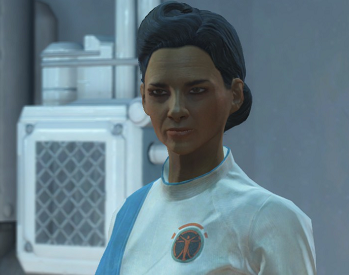 A returning character from Fallout 3. She's scientist hailing from Rivet City in the Capital Wasteland, who has joined the Institute outright as the head of the Advanced Systems division so as to continue her work. 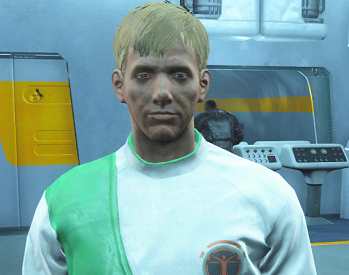 Head of the BioSciences division in the Institute. 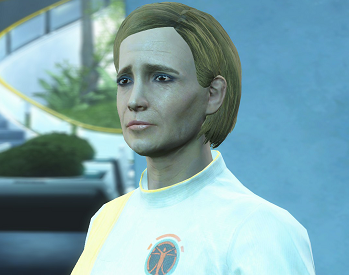 Head of the Facilities division of the Institute. 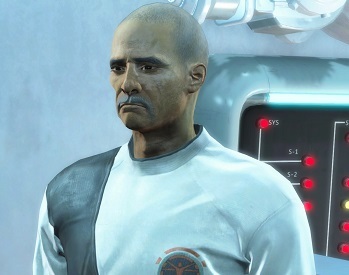 Acting Director of the Synth Retention Bureau in the Institute.

The head of the Robotics Division and father of Liam Binet. 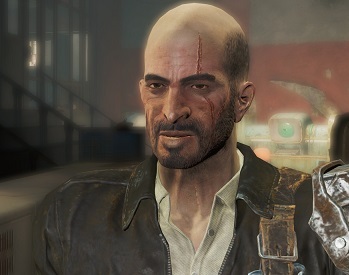 The chief surface operative of the Institute, who kidnaps your son and murders your spouse. You spend the first act of the game tracking him down to kill him in kind.

A trio of unique black-armored Synths that guard the reactor room of the Institute. They serve as a "final boss" fight of sorts for any of the 3 out of 4 main quest endings where you decide to destroy the Institute. 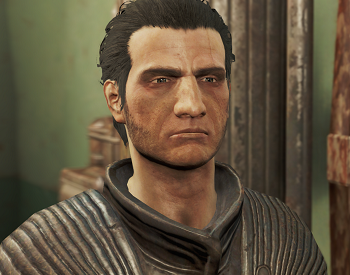 The first Courser that the Sole Survivor encounters at Greenetech Genetics during the "Hunter/Hunted" quest. After putting up a difficult battle he is killed and the Sole Survivor takes his Courser Chip to infiltrate the Institute. 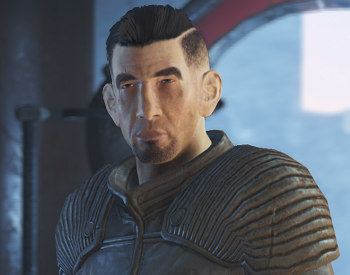 A Courser agent sent to the Ticonderoga Railroad safehouse to eliminate all Railorad personal and reclaim any freed Synths. He is encountered during the quest "Operation Ticonderoga" if the player is sided with the Railroad. 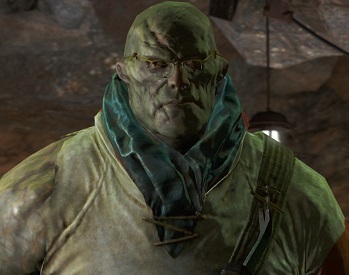 A former Institute scientist, who has turned himself into a Super Mutant and fled to the the Glowing Sea to hide from Kellogg. 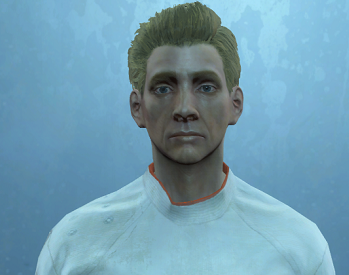 An Institute member who works with Synths. 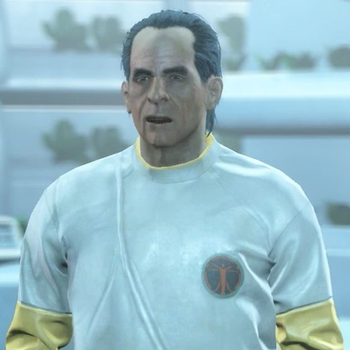 A member of the Institute's BioScience division, he's one of the very few Institute scientists who isn't that impressed with their creation of Synths. Angry at you for being named Father's successor, he and Max Loken seal off the Institute's food supply, forcing the Sole Survivor to deal with them.

A member of the Institute's Robotics division, and who is partly in charge of the new updates made to the Institute's Synths. Angry at you for being named Father's successor, he and Lawrence Higgs seal off the Institute's food supply, forcing the Sole Survivor to deal with them. 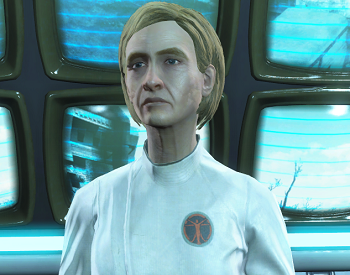