The second largest settlement in the Commonwealth located in Scollay Square. Made up of self-styled "outcasts" (notably most of the Ghouls who used to live in Diamond City) who grouped together for protection against the dangers of the Wasteland. Goodneighbor has a bad reputation, with crime and chems being rampant, and its inhabitants being the rather amoral types who often value caps over people. Hancock is their self-styled mayor for life. 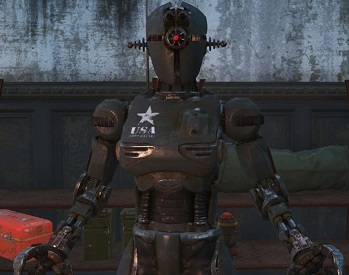 An ex-military Assaultron who sells weapons and armor to the citizens of Goodneighbor. 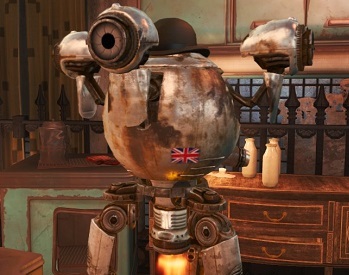 A Mr. Handy robot who is also the bartender of the Third Rail. 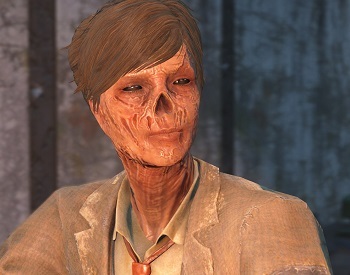 A Ghoul woman who lived long before the bombs dropped, making her one of the oldest residents in Goodneighbor and perhaps the whole Commonwealth. She runs a general store next to KL-E-O. 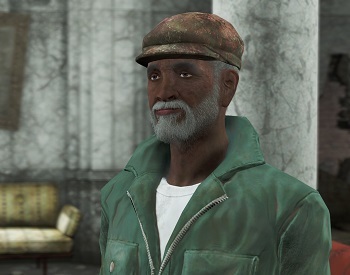 A repairman and junk merchant who hangs out at the Hotel Rexford for most of the day but can also be found at The Third Rail. If asked for work he'll send the Sole Survivor out to the Shamrock Taphouse to acquire a special modified Protectron named Buddy that can serve cold drinks. 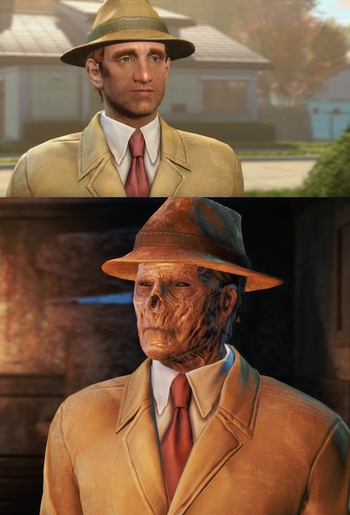 A bitter, weary Ghoul who had once been a salesman working for Vault-Tec before the War. He's the same salesman encountered in the Pre-War prologue. 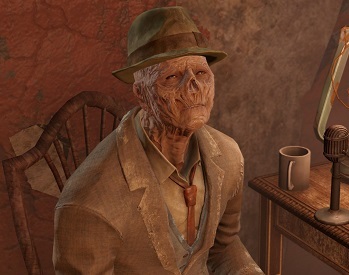 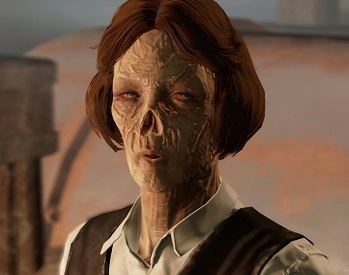 A female Ghoul resident of Goodneighbour, she plans to dig a tunnel under Mayor McDonough's strongroom to get back at his racism towards Ghouls. Except she's actually trying to rob Hancock, the other Mayor McDonough .

A sharp-dressed Ghoul who serves as a greeter for The Third Rail. In addition to welcoming newcomers he also makes sure the customers all stay in line and don't cause any trouble. 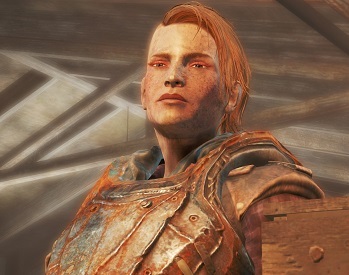 An enforcer working for John Hancock in Goodneighbor. 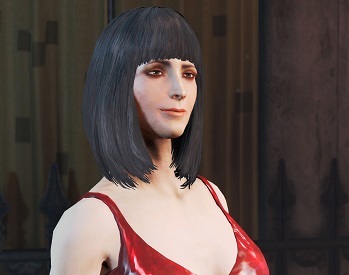 A lounge singer and most likely an escaped Synth at the Third Rail who can befriend the Sole Survivor. 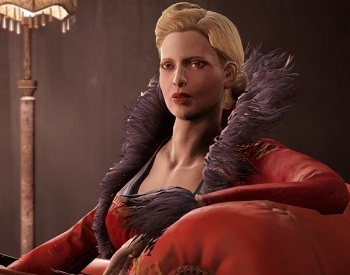 Voiced by: Elisabeth Noone

One of the co-proprietors of the Memory Den. While her partner Doctor Amari runs things behind the scenes she serves as the "face" of the business and is the one who typically deals with customers. While she plays an extremely minor role in the main story she can be visited by the Sole Survivor before completing the quest "Dangerous Minds" to allow them to re-experience the memory of their spouse being shot and their son kidnapped. 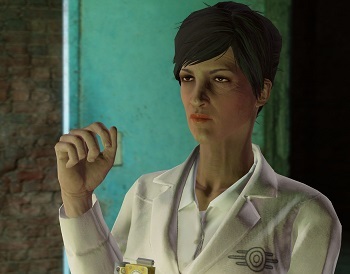 The woman in charge of the Memory Loungers in Goodneighbor's Memory Den. Secretly a member of the Railroad. 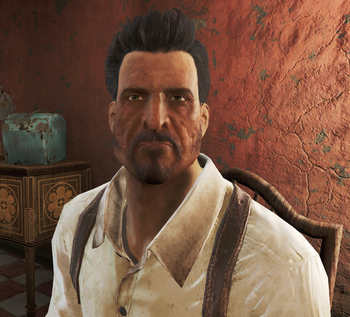 Local mobster and owner of Rexford Hotel. Before his fall from grace, the man known only as Mr. Marowski held a respectable seat of influence in town. Nowadays, he's a walking reminder of the "better" fate that sometimes awaits those who get the short end of the stick in Goodneighbor's never-ending, violent power struggles. Left with nothing but his right-hand man, struggling chem business, and a rundown hotel staffed by three senior citizens, Marowski spends most of the present time stuck inside his office, all grumpy and in no mood for company.

A petty crook who accosts the Sole Survivor when they first step into Goodneighbor and demands a protection fee. Afterwards he is shanked by Hancock.