This is a page for the members of the Railroad within the Fallout 4 Commonwealth.

Follow the Freedom Trail
"I have a question. The only question that matters: Would you risk your life for your fellow man? Even if that man is a Synth?"
-Desdemona
Advertisement:

A faction of ordinary Wastelanders dedicated to fighting for the freedom and safety of Synths. Their goal of saving and protecting Synths puts them in conflict with both the Institute (who view their Synths as nothing more than tools) and the Brotherhood of Steel (who believe all Synths must be destroyed as dangerous technology). 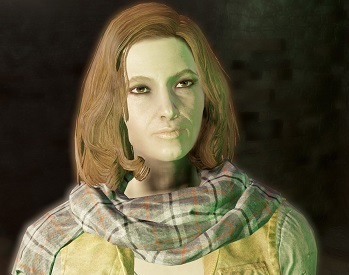 Voiced by: Claudia Christian
"This isn't the Railroad's darkest hour. We will make it through."

The current leader of the Railroad, elected to replace Pinky Thompson in 2277. 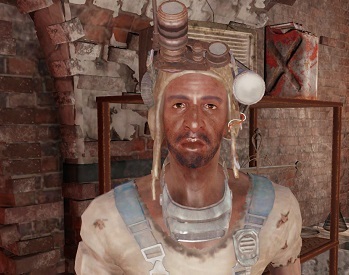 A mechanic/electronic specialist who started working for the Railroad after his family farm was attacked by the Institute.

The technical advisor (one of them, at least) to the Railroad. He likes to style himself as the second-in-command of the organization. 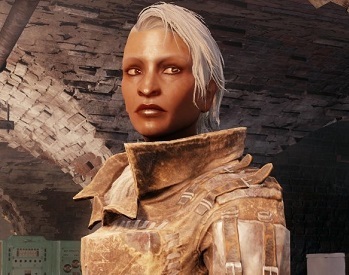 A female Railroad Heavy who fights in their more frontline operations. Glory is actually one of the synths that the Railroad rescued, but instead of going through the memory replacement procedure and starting a new life, G7-81 begged them to let her join the Railroad.

The official messenger of Railroad Headquarters, and the person tasked with alerting the Sole Survivor when people in HQ want to talk to them.

The Predictive Analytics Machine, a pre-war computing project developed by the Defense Intelligence Agency and the US Military. When the Railroad operated out of the Switchboard, a restored Pre-War DIA operations center, she was salvaged and put to work crunching the numbers for Railroad operations.

One of the Railroad's few heavy agents who was killed during the Synth attack on The Switchboard and is found by Deacon and the Sole Survivor near the end of the Tradecraft quest. He carried a unique silenced pistol called "The Deliverer" as his preferred weapon, which Deacon awards the Sole Survivor for their help during the mission. 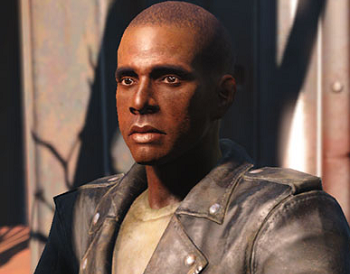 A agent in charge of Ticonderoga Safehouse in Cambridge. The Sole Survivor aides him in getting H2-22 to safety.

A surveyor who has been keeping an eye on the Switchboard, an old Railroad HQ. He appears during the Tradecraft quest to give the Sole Survivor and Deacon some intel and provide support.