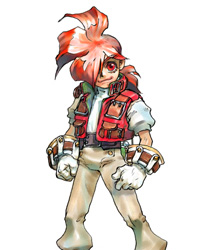 The Hero, a young boy who desires to go to the Monster Tower not only to earn money for his family, but discover his father's fate. 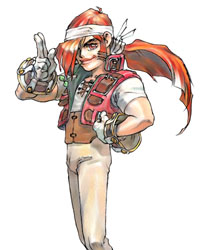 A monster tamer who was a legend before his mysterious disappearance. 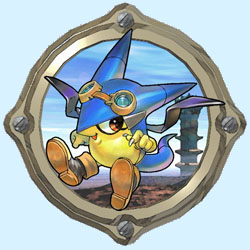 A mysterious monster that joins Koh on his quest.
Koh's Girlfriends 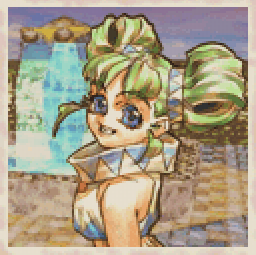 The Tomboy of the group that wishes to make Monsbaiya a place with more culture. Age 15

"There are two types of people, those who make an effort to reach their dreams, and those who sit back and dream about their dreams. My personality doesn't allow me to stay still for long." 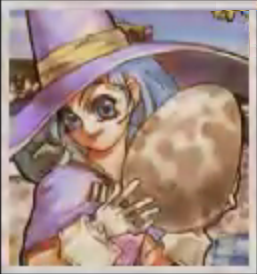 The self-proclaimed witch that loves to harass Koh. Age 16

"Why did I jeopardize my own life to rescue someone like Koh? Isn't this the biggest mystery of the century?" 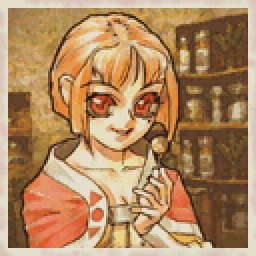 The money-loving shopkeeper with her favorite food, Octopus Dumplings. Age 16.

“You haven't changed, but every time I see you, you seem a little different. It's strange.” 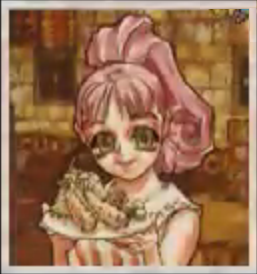 A waitress at the local restaurant who dreams of being a chef, holding her prized dish, Shining Prawns. Age 14.

"I wish I could be a chef liked by everyone, just like my father..." 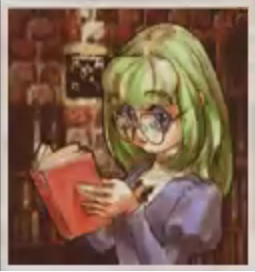 An introverted bookworm who sees Koh as her white knight. Age 13.

"I'm so happy. It's the first time ever. Or, should I say, I've always disliked any man saying those kinds of things to me, but with you it's different, Koh." 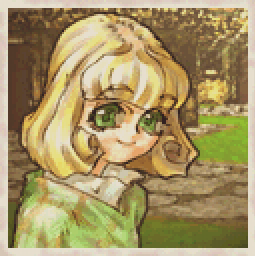 The soft-spoken, sickly girl with an unknown disease. Age 15

"My sky colored dream... is to be married to a certain sombody. But if I do marry that person, he's likely going to make me worry, which might make me sick again. Even so, I'd probably be the happiest woman around." 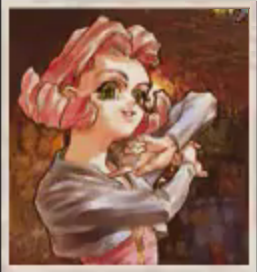 A dancer who dreams of performing on stage. Age 18.

"You know, I've got a dream too. My dream is to dance on an enormous stage. But although I've been to several cities, not one of them has a decent theater. Rumors had it the city of Haruka had one, but it's gone. It's a pity to have a dream but not the chance." 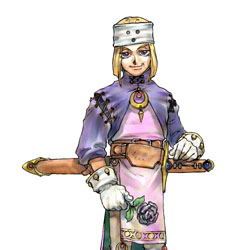 The son of a rich family that constantly shows up Koh.

"Selfi. How dare you talk like that? As a member of the legendary Rode family, and as the sister of the best swordsman in the world. I'm so ashamed of you."

"Do you know who I am? I bet you don't. The last man your father Guy saw. That's me. I am Beldo, the most powerful monster tamer of all." 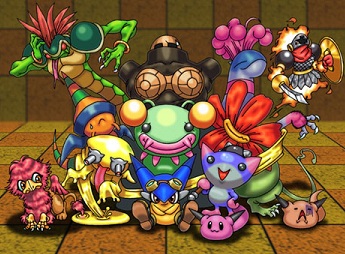 Only a handful of the monsters in the game.note  From left to right and up to down, Gryphon, Viper, Unicorn, Manoeva, Golem, Pickett, Kewne, Nyuel, Bloom, Troll, Fire Pulunpa, Flame, Wind Pulunpa