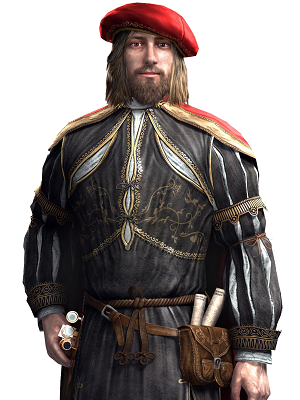 "I'm not content to merely to capture the world. I want to change it."

A budding young painter and friend of Maria Auditore. He later befriends Ezio and assists the Assassin by decrypting Codex pages and building the fantastic weapons detailed on certain pages, as well as eventually having his own designs constructed. 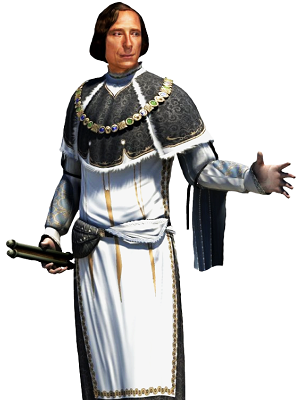 The de facto ruler of Florence, both Giovanni and Ezio Auditore served him as his personal Assassin. He became friends with Giovanni after the Assassin saved him from drowning as a child, leading to his close ties with the Assassin Order. 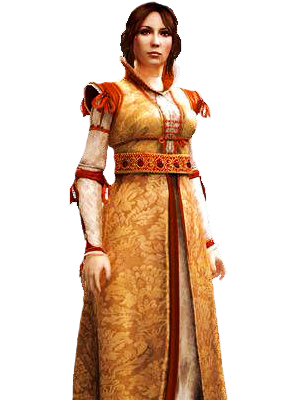 "I wish we could have had a second chance..." 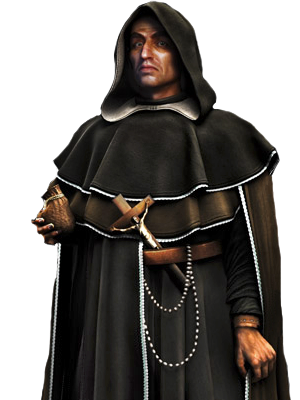 An exiled monk who stumbles upon a wounded Ezio and the Apple of Eden, taking it for himself to begin a reign of terror in Florence — and one of the only people in the whole series to wield a Piece of Eden without being Assassin or Templar-aligned. 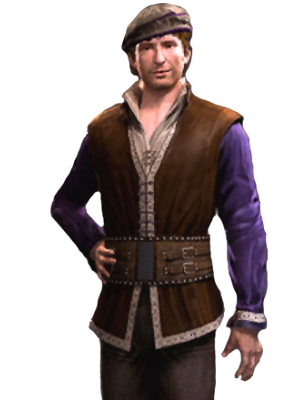 A Florentine noble who eventually becomes a merchant. He was once engaged to Claudia Auditore, but was having an affair with various other women and Ezio does not take kindly to those who cheat on his sister. Ezio encounters him again during his time in both Rome and Constantinople. 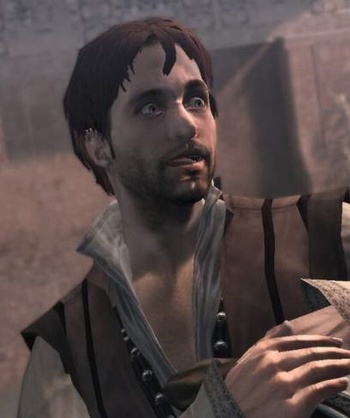 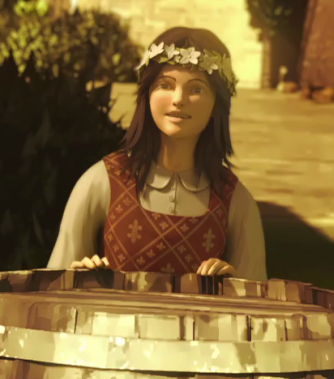 The daughter of Ezio Auditore and his wife Sofia Sartor, born after Ezio came back to Italy with Sofia from his adventure in the Ottoman Empire. 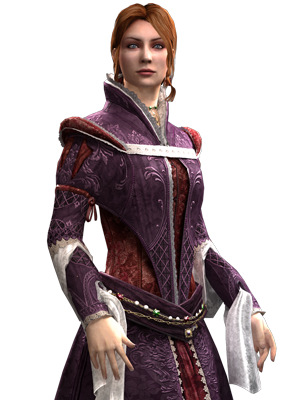 The countess of Forlì, Caterina is a significant ally (and a bit more than that) to Ezio. 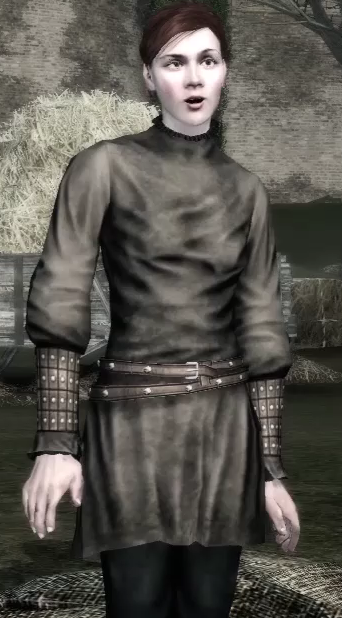 A woman Ezio meets outside Forlì. She promises him a "private riding lesson" if he wins a horse race challenge. 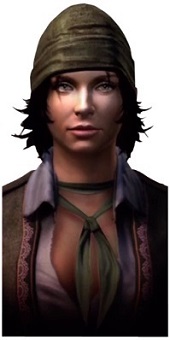 A member of the Venetian thieves guild who teaches Ezio how to grab higher ledges and eventually joins the Assasins. Implied to have also had an intimate relationship with him. 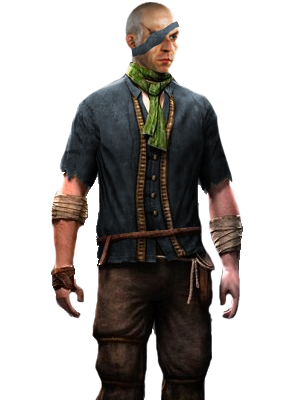 One of the thieves found in Venice. He shows up when Ezio carries Rosa back to the Thieves' guild. 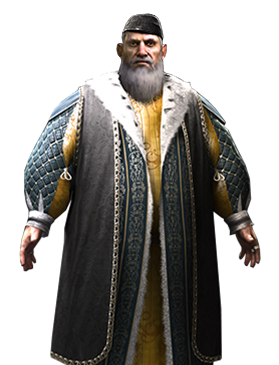 The younger brother of Marco Barbarigo, Agostino is an ally of the Assassins in Venice. He replaces his brother as Doge after Ezio kills Marco. 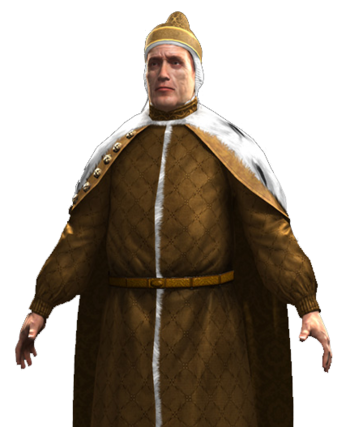 The Doge of Venice from 1478 to 1485. The Templars of Venice unsuccessfully try to corrupt him and end up plotting to assassinate him. 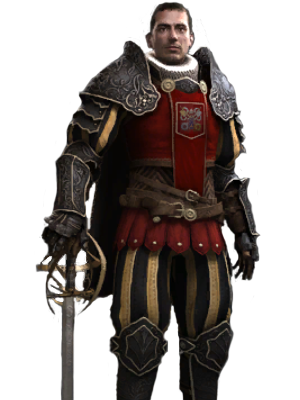 "Today, Cesare commands my men, but soon, I hope, we will be free." 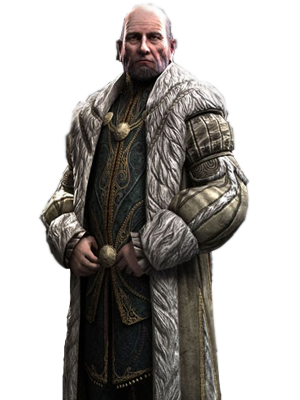 "Senators used to petition about real issues, like unlawful cruelty, abandoned children. Now we write up legislation on the appropriate width of women's sleeves."

A Roman senator who becomes an ally of the Assassins. 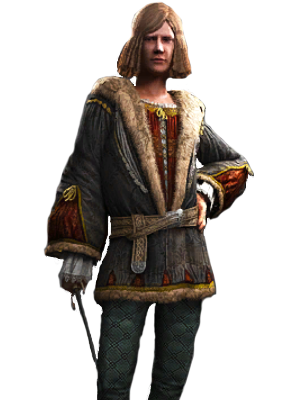 "Why would I spend my time at the workshop when I can go out and have fun?"

The apprentice of Leonardo da Vinci and his lover. He appears in the DLC "The Da Vinci Disappearance" for Brotherhood. 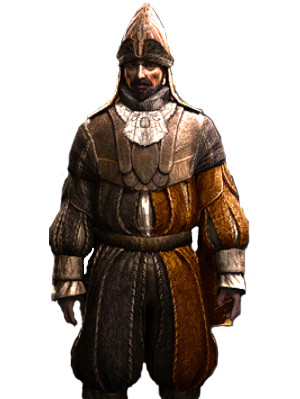 "Why seek knowledge without putting it to use? We have the chance to fashion a better world, one in which we have the freedom to shape our own destiny."

A powerful Roman nobleman and leader of the Cult of Hermes. He is searching for the Temple of Pythagoras.

The Followers of Romulus 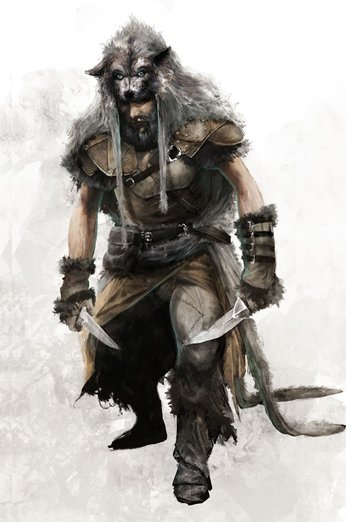 Also known as Secta Luporum ("Sect of the Wolves" in Latin), the Followers of Romulus are worshippers of Romulus, the mythical founder of Rome. They squat famous ancient ruins of the city.

The Sultan reigning over the Ottoman Empire, the father of Selim and the grandfather of Suleiman. 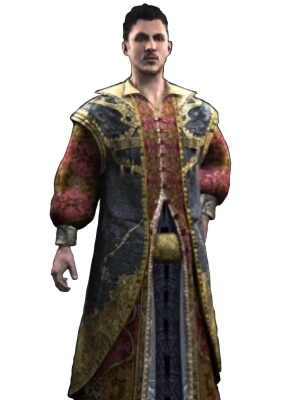 "I suppose the moral of any story matches the temper of the man telling it."

The grandson of Sultan Bayezid II and an important ally of Ezio. 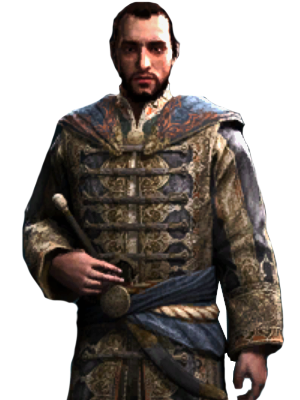 "To achieve true peace, mankind must think and move as one body, with one master mind."

One of Bayezid's sons and the uncle of Suleiman, he is the favored son to become the next Sultan. He also happens to be the new Grand Master of the Templar Order. 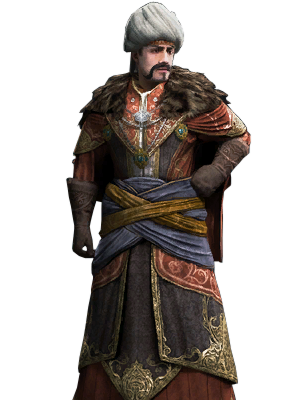 The youngest son of Sultan Bayezid II and father of Suleiman, Selim is engaged in a civil war with his father in an attempt to take the throne of the Ottoman Empire instead of his brother Ahmet. 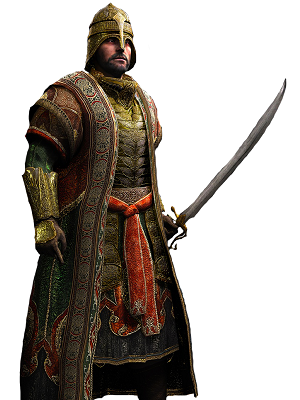 "Ahmet, I am not depraved enough to imagine the conspiracy you accuse me of."

The Captain of the Janissaries, Tarik supports Prince Selim I over Prince Ahmet to be the next Sultan. He is suspected of collaborating with the Templars to discredit Ahmet by Suleiman and Ezio. 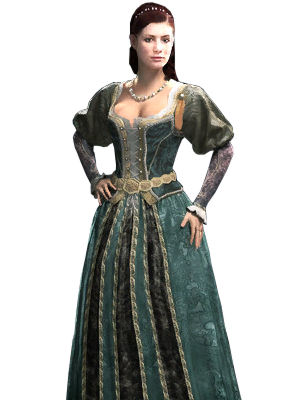 A Venetian bookstore owner and scholar who runs her uncle's shop in Constantinople. Ezio enlists her help with finding the keys to Masyaf's vault. 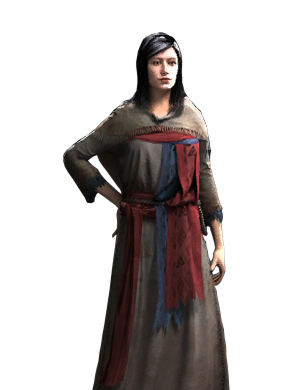 Born in the Topkapı Harem in Constantinople, Dilara rejected the strict boundaries this life created for her and became known as being ill-mannered and brazen. This behavior caught the notice of Tarik Barleti, who recruited her as a spy for the Janissaries.