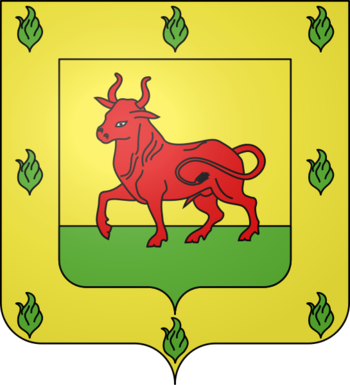 An Italo-Spanish noble family that rose to prominence in ecclesiastical and political affairs during the Italian Renaissance. 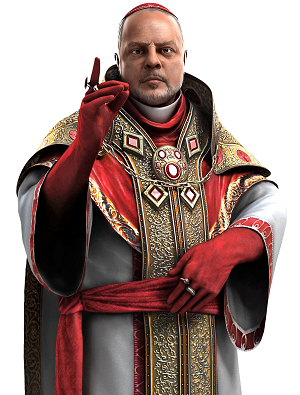 "It's not approval I'm after. Just power."

The main villain of Assassin's Creed II. He is the Grand Master of the Italian Rite of the Templar Order, as well as the man ultimately responsible for the death of the father and brothers of Ezio Auditore. During Ezio's decades-long quest for vengeance, Rodrigo carved his way to the top of the Catholic Church's hierarchy, as Pope Alexander VI. 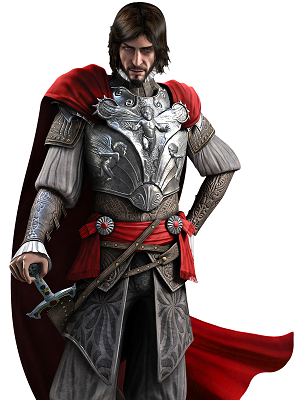 Other Appearances: Assassin's Creed: Project Legacy | For Honor note As a boss in the December 2018/January 2019 For Honor / For the Creed crossover

"We've had too much bloodshed. I think a cleansing is in order. So, consider this an invitation, from my family... to yours."

Rodrigo Borgia's ambitious son and Captain General of the Papal armies. He is the main villain of Assassin's Creed: Brotherhood. 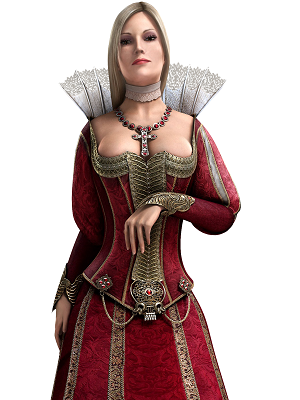 "None speak ill of the Borgia! The same will happen to any who defy us!"

Rodrigo Borgia's illegitimate daughter and Cesare's lover, and a target of his abuse as a child. 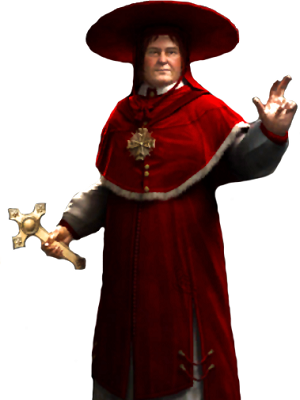 "The finer things in life make power so rewarding. I see an apple, I can pluck that apple. No one will stop me."

A member of the Borgia family who was made a Cardinal. He handles the Templars' finances for their political and military endeavors.

Allies & Servants of the Borgias 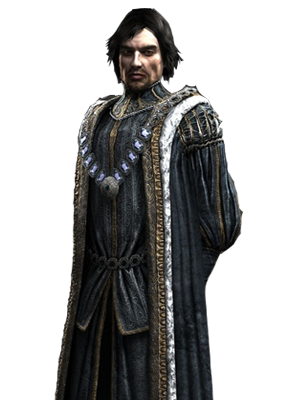 Cesare's right hand man and assassin. He has known Cesare since their childhood together, and was inducted into the Templar Order due to this connection. 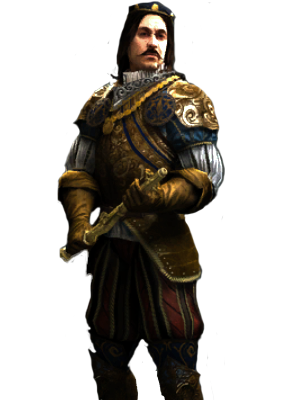 "You must learn how to speak French. It would mask your barbaric sensibilities."

The Baron of Valois and general in the French and Papal armies. He is a distant cousin of French King Louis XII. He was brought to Rome to lend military aid to Cesare Borgia's armies. 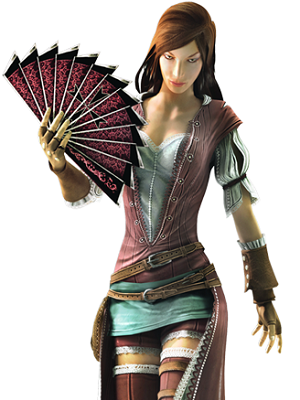 "I am done with Cesare. Done with the mad people who surround him."

A former prostitute who was recruited by Cesare to serve as his underworld liaison, she turned against him after several years due to his abuse, threats, and constantly putting her into dangerous situations. She allied with the Assassins to dismantle his power base, which she initially had helped establish.

Hiding behind the guise of a barber, Baltasar de Silva is Cesare's master spy and secretly studied the Assassins' techniques and equipment, in the hopes of using their own skills against them. He was not the combative type, instead preferring to use traps or hired help to defeat enemies. 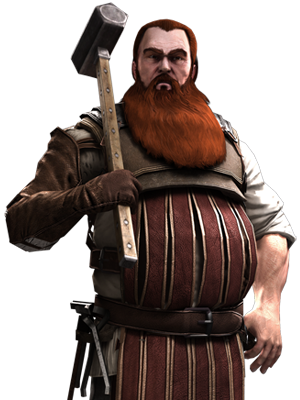 "Who has been tearing down my signs? I want him dead. "

Auguste Oberlin was the personal blacksmith of Cesare Borgia, crafting weapons for most of Cesare's agents, as well as more ambitious designs. He was also responsible for the creation and distribution of Borgia propaganda throughout Rome. 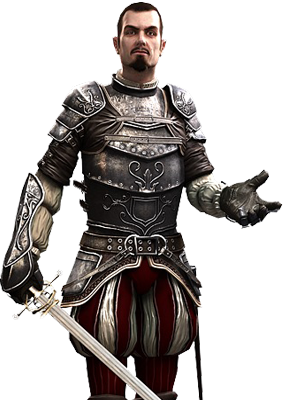 Donato Mancini was a military captain of the Papal army under the Borgia and a very confident, capable horseman, better than even Cesare Borgia himself. While he appeared honourable, even he was not afraid to resort to underhanded methods or petty revenge. 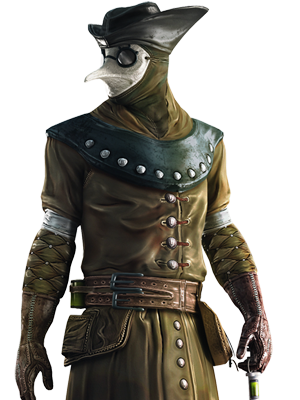 "Cesare wants me to meet his murderous doctor, Malfatto, though I do not believe he really is a doctor. He is a predator of women. A monster."
—Fiora Cavazza

An infamous serial killer of courtesans, Malfatto was a doctor only in name, murdering many more than he saved. He was feared enough to catch the eye of Cesare Borgia, who wished to recruit the evil doctor into his personal army. 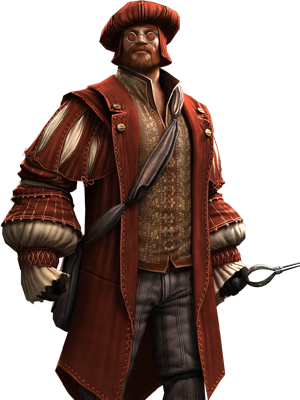 Gaspar de la Croix was a master engineer and marksman. He was frequently hired by Cesare Borgia to take down easy targets on the field at the start of a battle, as well as to create the mechanisms for various complicated weaponry. 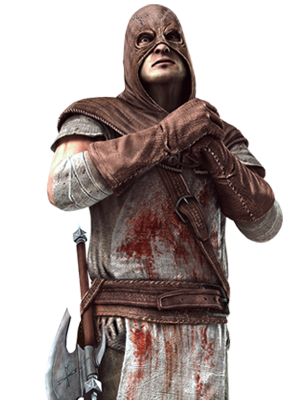 An executioner that was active in Rome, Il Carnefice worked under the direct employment of Cesare Borgia, often receiving instructions or execution warrants through Fiora Cavazza. He would perform his work with great enthusiasm and brutality, often displaying severed limbs to the audience. 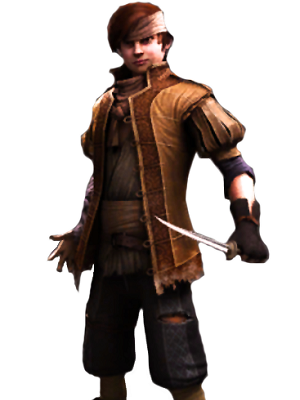 A thief who leads the Cento Occhi, Lanz turned to a life of crime after his wife suffered a miscarriage. After robbing a carriage belonging to the Borgia, he and his gang were forced into Cesare Borgia's service as payment deliverers. 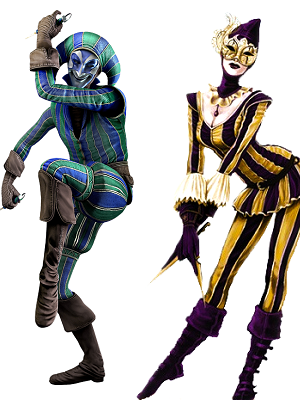 Two of Cesare Borgia's assassins, Cahin and Caha were a corrupt French nobles that dressed as a harlequin and hellequin. Together with his sister Caha, he would lure his victims to their deaths while putting on a show for them. 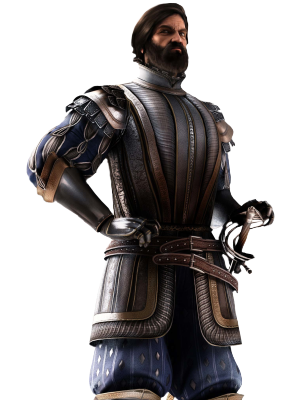 A French marquis that commanded an army of mercenaries, Charles de la Motte was a very valuable ally to Cesare Borgia. He was invited to Rome to strengthen alliances and simultaneously work out a plan to lure out the Assassins. 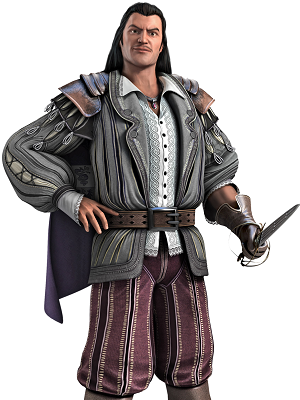 A Templar condottiero that collected warriors and prided himself on exotic tactics and mercenaries. Rocco Tiepolo would provide Cesare Borgia with a lot of his men, although he himself was not under their command. 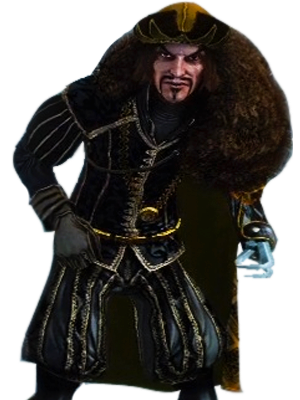 "To secure his reign, Cesare needs to control the populace. Fear keeps them quiet."

Silvestro Sabbatini was a Templar slave trader that claimed to be a nobleman, though he was little more than an infamous panderer, using any means necessary to ascend the social ladder. He was once punished for failing Cesare by having his left arm sliced off, though he later received a prosthetic as replacement for his lost limb. 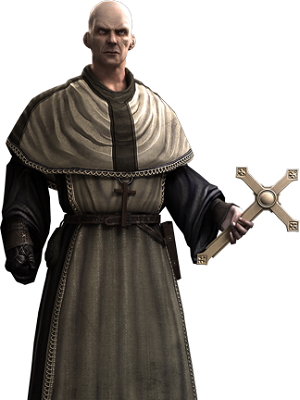 A corrupt priest who serves the Templars by providing forged letters of condemnation or forgiveness to them. 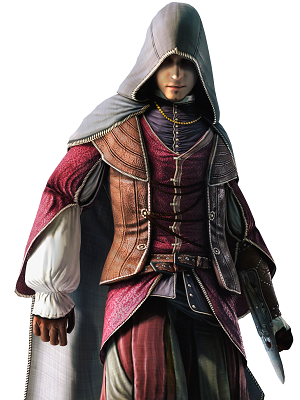 An Templar assassin used by Cesare, he worked with Fiora Cavazza and Baltasar de Silva in studying the Assassin Order and began using their own techniques to hunt them. 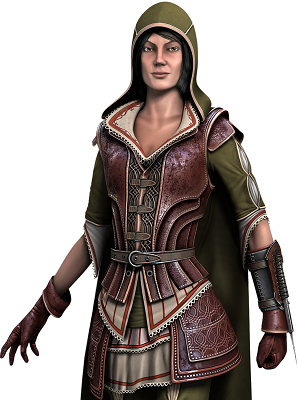 A Templar agent who provides the Order with ancient relics and artifacts, often killing those in possession of them. 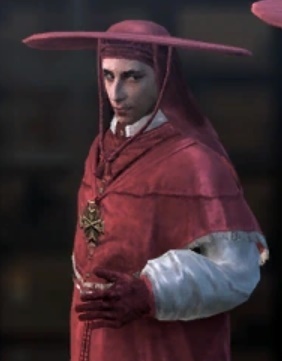 An unnamed Borgia-allied cardinal of the Roman Curia. He is the man behind the terror attacks of the Followers of Romulus. 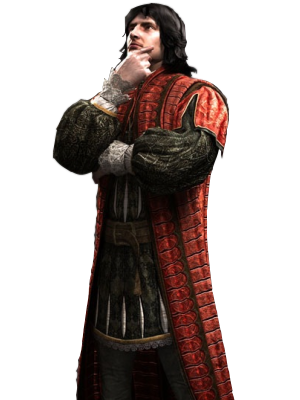 A astronomer and mathematician who joined the Templar Order, but quickly turned on it after being barred from sharing his findings. He becomes an ally of the Assassins after his life is saved by Ezio Auditore.