Characters who appeared in the 2001 film, Spirited Away. 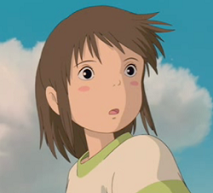 "I finally get a bouquet and it's a goodbye present. That's depressing."

The protagonist of the movie, a young girl moving with her parents to a new home and not too happy about that fact, having to leave behind her friends. On the way to their new home, she and her parents explore an abandoned park and she’s accidentally trapped in the spirit world, only just able to survive by working in the amusement park’s spirit bathhouse with the aid of benevolent spirits like Haku and Lin. 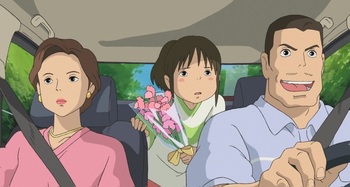 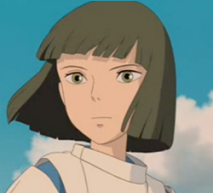 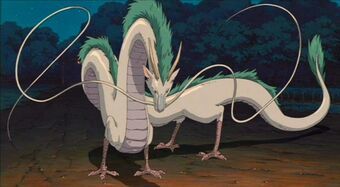 Yubaba's apprentice and right hand man in the bathhouse, a spirit who keeps order among the other workers as well as doing Yubaba's dirty work. Unbeknownst to his master, he aids and protects Chihiro a great deal and the two form a close bond. He has the ability to turn into a dragon. 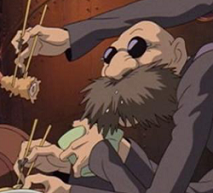 "Something you wouldn't recognize. It's called love."

The six-armed boiler man, he also helps Chihiro get around in the bathhouse and is one of the more benevolent spirits, though initially gruff and dismissive. 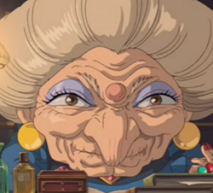 "Ohh, your name's Chihiro? What a pretty name! And it belongs to me now."

The proprietor of the bathhouse, a greedy and malevolent witch who, after turning Chihiro’s parents into pigs, eventually takes her on as a worker and steals her name to keep her in her service. It’s implied that she does that with all of her spirit workers to keep them unable to leave, such as Haku. 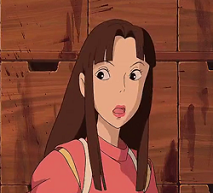 A (weasel) spirit working in the bathhouse. After Chihiro is impressed into Yubaba's service, she becomes a mentor figure teaching her how to clean and become more efficient as a worker. A bit cold and snide, but ultimately one of the more benevolent spirits. 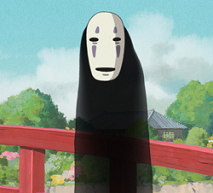 A lonely and faceless spirit whom Chihiro allows into the bathhouse during a rainy night, growing an affinity for her as a result. He soon turns out to be a huge problem for the bathhouse, beginning to emulate the greed of the other workers and obsessing over Chihiro. 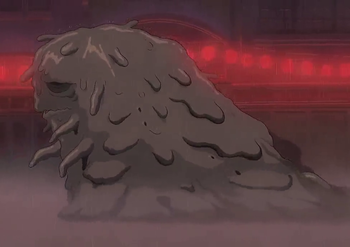 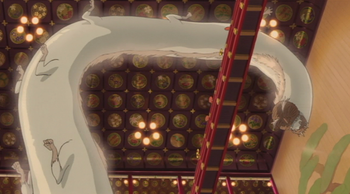 The Stink Spirit is one of the bathhouse's patrons, a particularly gnarly entity that finds itself there on Sen's first day as an employee. 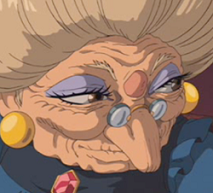 "Once you meet someone, you never really forget them."

Yubaba's twin sister, who shares her appearance but differs from her in personality. She places a curse on Haku after he steals one of her magical artifacts. 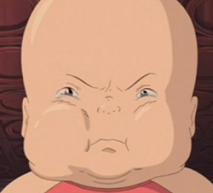 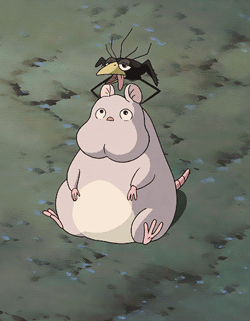 Yubaba's son. He's a gigantic baby who features more prominently in Chihiro’s struggle through the spirit world during the film’s second half.