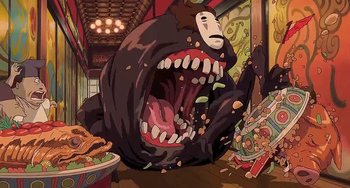 He is hungry...
Advertisement:

Some of what happens in the film is quite graphic and disturbing.