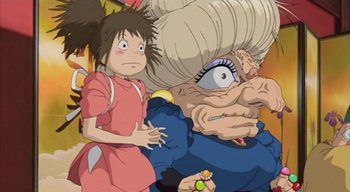 The customer is always right...even the absolutely rancid ones.
Advertisement: