The characters from the film Spies in Disguise.

Voiced by: Will Smith 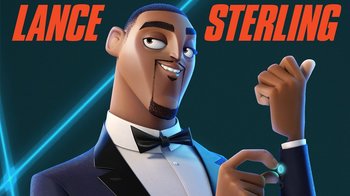 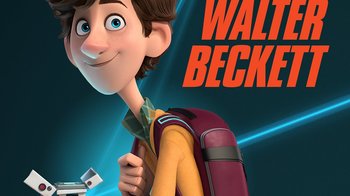 "Pigeons are seen in every corner of the world, and no one notices them. It's the most perfect form a spy can take!"
A scientist at the same agency Lance works at, whose non-violent (yet still effective) gadgets are ridiculed by fellow scientists and agents alike. Lance turns to him to make him "disappear" after he gets framed.
Lovey, Jeff and Crazy Eyes 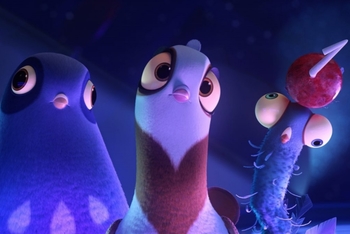 From left to right: Jeff, Lovey and Crazy Eyes
The pigeons that accompany Lance and Walter on their mission. Lovey is Walter's pet pigeon, while Jeff and Crazy Eyes are wild pigeons who bring Lance into their flock.
Marcy Kappel 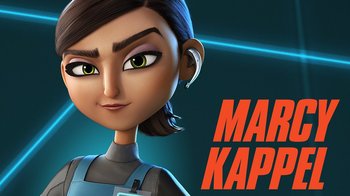 The agent assigned to take Lance down after he (supposedly) goes rogue.
Eyes 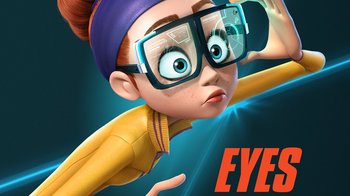 One of Marcy's agents, who specializes in spectral analysis and quantum optical thermography.
Ears 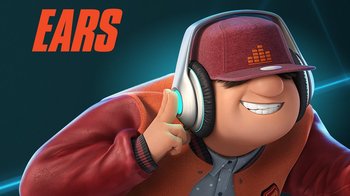 One of Marcy's agents, who specializes in communication and sound-based detection.

The head of H.T.U.V., and Lance's direct superior.
Killian 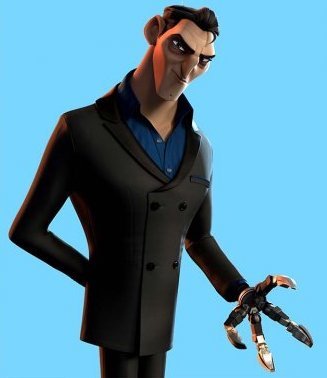 A mysterious cyborg villain with a grudge against Lance and the H.T.U.V. in general.
Katsu Kimura

An arms dealer who supplies Killian with the drones.