Mary Poppins and her close ones 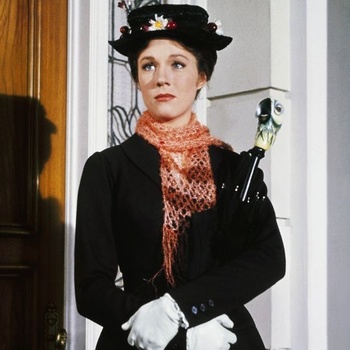 "Never judge things by their appearance... even carpetbags. I'm sure I never do." 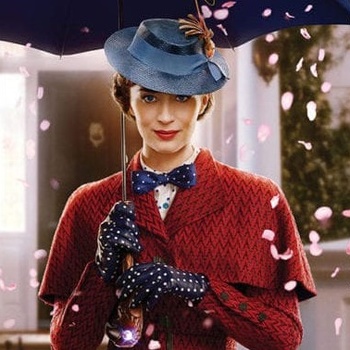 "Everything is possible. Even the impossible."

A no-nonsense magical nanny who comes into the lives of the Banks family of London, England, via a literal gust of wind. She acts stern and vain, but the Banks children become involved with the most mystical occurrences in her company.

In Mary Poppins Returns, she comes back when the Banks family is in turmoil once more. 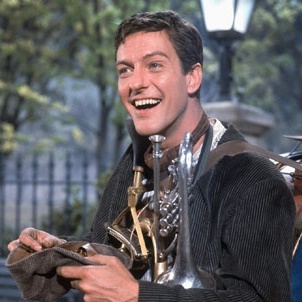 [singing] "Winds in the east, mist coming in. / Like somethin' is brewin' and 'bout to begin. / Can't put me finger on what lies in store / But I feel what's to happen all happened before."

Also known as the Match-Man in the books, Bert is one of Mary Poppins's closest friends circa 1910. In the film and the musical, he is portrayed as a jack of all trades, changing job/activity from scene to scene. 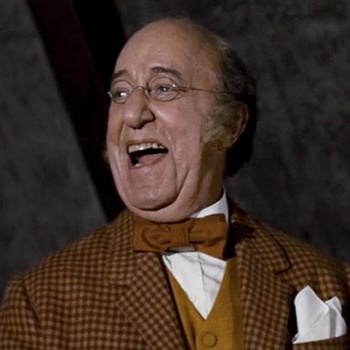 Mary Poppins's uncle. He enjoys laughing, so much so that he starts floating. Depending on the version, this is either down to laughing gas or just outright laughing too hard. 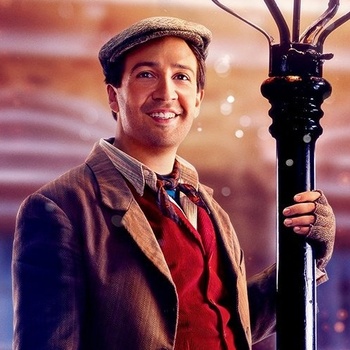 "It's a good thing you came along when you did, Mary Poppins."

A close friend of Mary Poppins in the 1930s and Bert's apprentice as a kid, Jack is a lamplighter who helps watch over the Banks family. 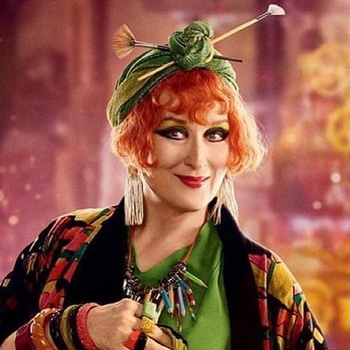 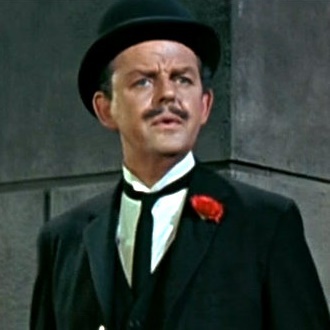 "A British bank is run with precision. A British home requires nothing less! Tradition, discipline, and rules must be the tools! Without them: disorder, catastrophe! Anarchy! In short, you have a ghastly mess!"

The emotionally distant patriarch of the Banks household and father to Jane and Michael (along with John, Barbra, and Annabel in the books). He may seem stiff and aloof, but cares deeply for his family. 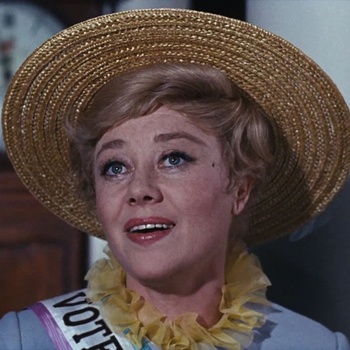 [singing] "We're clearly soldiers in petticoats, and dauntless crusaders for women's a-votes! Though we adore men individually, we agree that as a group they're rather stupid."

The wife of George Banks. In the film, she is a militant of Emmeline Pankhurst's "Votes for Women" suffragette movement. She's a former actress in the musical.

The daughter of George and Winifred Banks and the eldest of the Banks children. 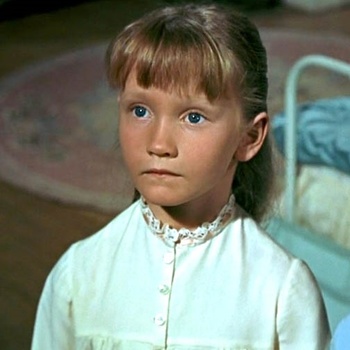 "She only promised to stay until the wind changes. Isn't that right, Mary Poppins?" 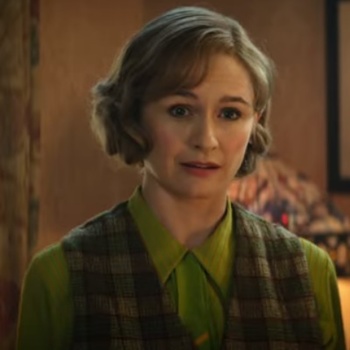 "You came back. I never thought we'd see you again."
Advertisement:
Michael Banks

The son of George and Winifred Banks and the youngest of the Banks children in adaptations (the second eldest in the novels). 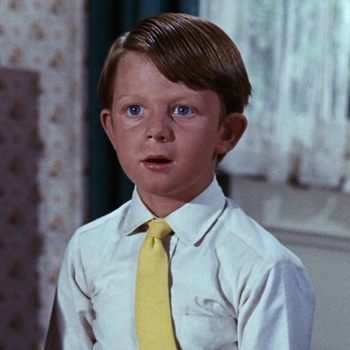 "We better keep an eye on this one. She's tricky." 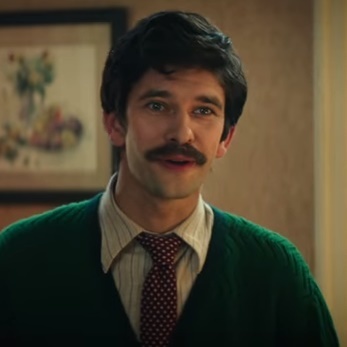 "Good heavens, it really is you. You seem to have hardly aged at all!"
John and Barbara Banks
Jane and Michael's baby twin siblings, who only featured in the books.
Annabel, John and Georgie Banks 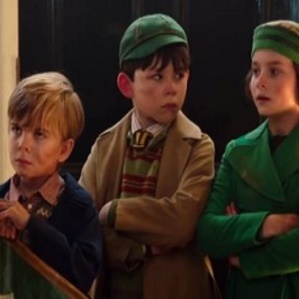 "But we don't need a nanny. Mother taught us to look after ourselves."

Michael's children. Annabel and John are twins, while Georgie is the youngest child.

Mrs. Brill is the cook. She and Ellen run the household, and see the litany of nannies that come and go.
Robertson Ay

Robertson Ay is the footman of the Banks household. Though omitted from the films, he is featured in the books and the stage musical. 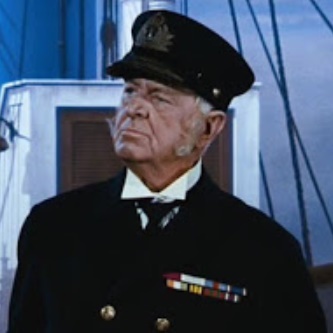 "Storms are up at Number 17! Bit of heavy weather brewing there." 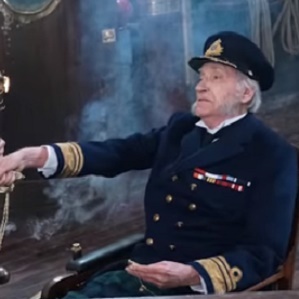 "Batten down the hatches, Mr. Binnacle! Rough seas ahead, I fear."

A neighbour of the Bankses and former Admiral in the Royal Navy. He had the roof of his house built like a ship and has a cannon fired by his first mate Mr. Binnacle twice a day, at 8 AM and 6 PM, causing earthquakes in the neighborhood. 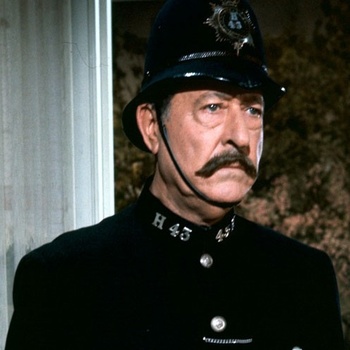 The local policeman who comes and assists with the Banks family as best as he can. 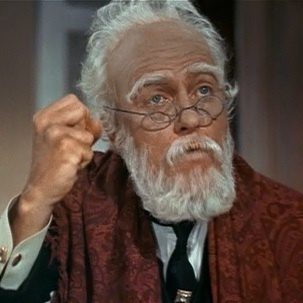 "Fiddlesticks, boy! Feed the birds and what have you got? Fat birds!"

The old director of London's main financial center, and the greedy boss of Mr. Banks. 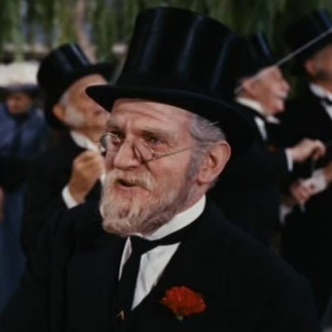 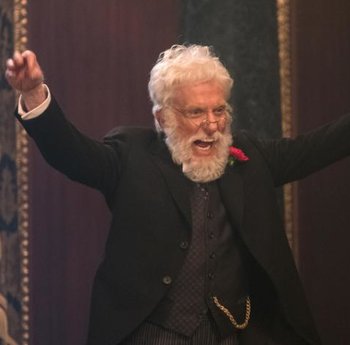 "I may be circling the drain, but I still have a few steps left in me."

The son of Mr. Dawes Sr. and one of the members of the board of their bank. 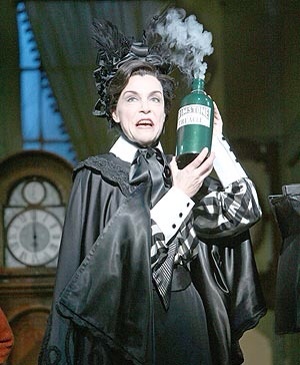 "These children have been spoiled! I've arrived here just in time. By chance, I brought the punishment that best befits the crime."

George's childhood nanny who is affectionately nicknamed The Holy Terror. She is featured in the Mary Poppins books, beginning with the sequel Mary Poppins Comes Back, as well as the stage musical. 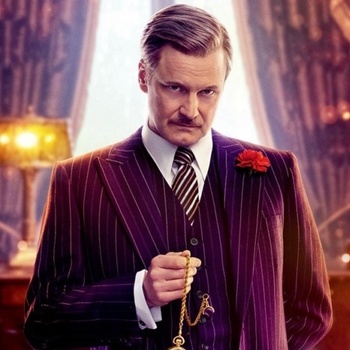 "You're not giving Banks one more second to pay that loan!"

The president of the Fidelity Fiduciary Bank and the villain in Mary Poppins Returns. He is Michael's boss and Mr. Dawes Jr.'s nephew. 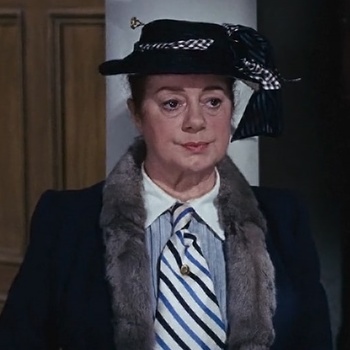 "Those little beasts have run away from me for the last time!"

The predecessor of Mary Poppins as nanny of the Banks children.