Characters / Eden of the East 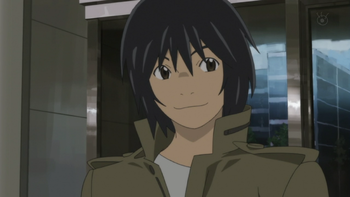 The main protagonist and Seleção No. 9, Akira Takizawa awakens outside the White House with no memories and stark naked. He befriends Saki Morimi, a Japanese college student on vacation in America on her way to catch a flight home. Armed with a cellphone, Takizawa learns he is part of a game created by one Mr. Outside to use the ten billion yen on the phone to improve the state of Japan. Takizawa meets his fellow Seleção, whilst trying to recover his memories before and after he was selected for the game.

He was born on January 7, 1989, making him one day younger than Saki. Later on, it turns out "Akira Takizawa" is not his real name and his actual name remains a mystery. 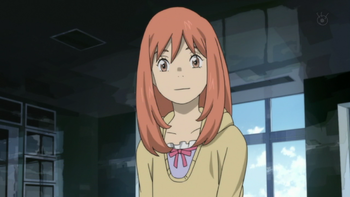 A 22-year old university student in her graduating year, Saki meets Akira in Washington D.C and the two quickly become involved in each other's lives. Saki is Akira's biggest supporter and love interest. A member of Eden of the East, Saki's ability to enhance the value of junk items has helped the group to be successful. She could only go to college with the aid of her sister and brother-in-law, whom she has been living with after the death of her parents when she was a baby, and plans to find work in an office because she is ashamed of living off their money. While she is a selfless girl, she is very opinionated about the condition of the country after Careless Monday.

She was born on January 6, 1989, therefore she is one day older than Takizawa.

Eden of the East members

Saki's inner circle of friends who make up the staff of an online image recognition system and recycling group. They start off as a one-room group until they expand into a full-time business with an office. The groups members include leader Kazuomi Hirasawa, deadpan programmer Mikuru "Micchon" Katsuhara, Satoshi Osugi who has a crush on Saki, spectacled Kasuga, Sis who has a fondness for cute things, and Yutaka "Panties" Itazu, known for (formally) not wearing any trousers and is a skilled hacker. Takizawa later becomes a member of the group. 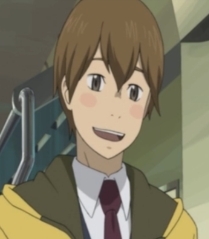 A friend of Saki's who has feelings for her. 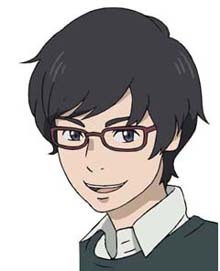 The de-facto leader of the group. 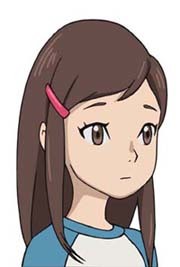 A shy but frank girl who programmed the Eden of the East’s image recognition system.

A club member who likes to sit inside the clubroom’s rolltop desk. 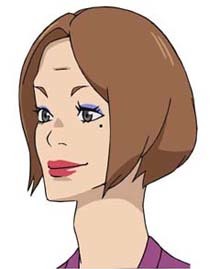 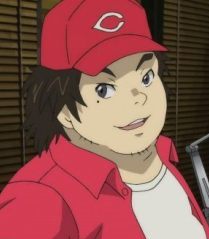 A prodigious, yet reclusive hacker with hardcore pride for his hometown of Hiroshima; and prefers to use his Hiroshima dialect on a regular basis.

The twelve Chosen Ones selected by Mr. Outside to save the country. Each member is given a special cell phone with ten billion yen which they must use to improve the country. Each Seleção has an unseen assistant linked to the cell phone named Juiz, who can help them fulfill almost any request they make, but each one spends some of their money. If they abuse their money, do not play the game, or spend all of their money, the Seleção will be eliminated by the enigmatic Supporter.
Tropes that apply to all
Mr. Outside
Voiced by: Hiroshi Arikawa (JP), Grant James (EN)

The mastermind behind the Seleção game, also known as Noblesse Oblige. 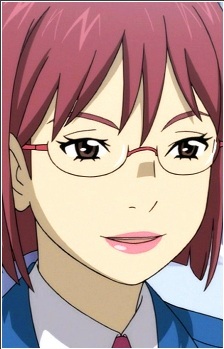 The mysterious woman who helps the twelve Seleção and aids them with their various requests, no matter how absurd they may be. She is actually an artificial intelligence in the form of twelve devices disguised as cargo truck trailers which are constantly moved around for protection. Juiz appears to have twelve different personalities to suit the Seleção. 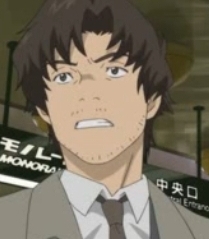 Seleção No. 4 and the second introduced after Takizawa. Kondo is a Japanese police officer and detective and pursues Takizawa to figure out if he is the true perpetrator of Careless Monday. 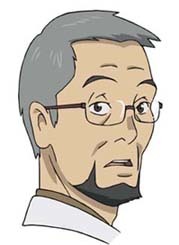 Seleção No. 5. Dr. Hiura is a brain surgeon who uses all of his money and is the second Seleção to be eliminated although he is the only one to be personally eliminated by the Supporter. Takizawa tracks him down to a state-of-the-art hospital for the elderly where he is the chief executive. A kind middle-aged man, Dr. Hiura embraces his known fate, having played the game not to save Japan but to rather improve the hospital systems. He mimics a phone call from Mr. Nobody to inform Takizawa of their involvement in the game. 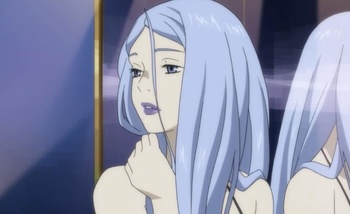 Seleção No. 11, Kuroha is president of a model agency, but also doubles as the infamous Johnny Killer who kidnaps criminals, tortures them and then chops off their penises with a cigar chopper. However, she is does this to help protect scorned women, possibly having been harmed sexually herself. She develops an interesting relationship with Takizawa, saving him twice. 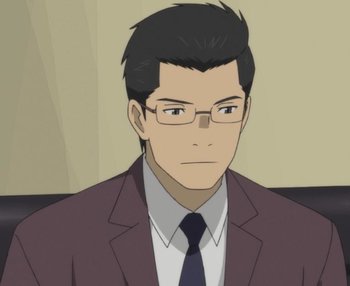 The Big Bad of the show, and Seleção No. 1. A former politician, Mononobe became head of Ato Saizo's company and planned to become Mr. Outside himself. He is quite resourceful and smart, identifying most of the Seleção, and recruits No. 2 and 10 to work with him. His ultimate goal is to become ruler of Japan via terrorist attacks and eventually he plans to overthrow the government and replace it with a new one at the cost of individual freedom. 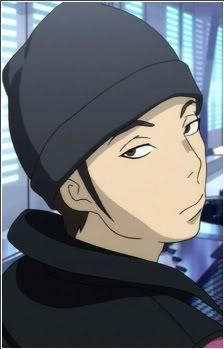 Seleção No. 2, Tsuji is in the marketing business and works with Mononobe and Yuki. Unlike them, he is not really interested in Mr. Nobody's game and just wants it to be other, and hasn't used any of his money. He starts making his move in the first film. 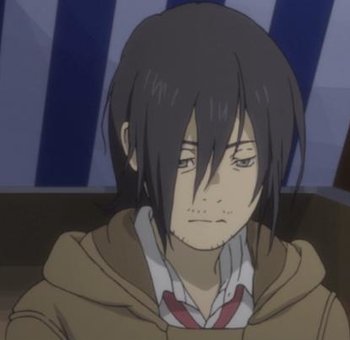 Seleção No. 10. Ryo Yuki works with Mononobe and Tsuji to win the game. A disgruntled employee, Yuki is quite Ax-Crazy and wants to get revenge by bombing Japan with missiles. 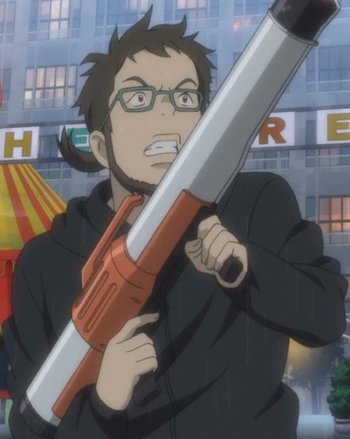 Seleção No. 6. Naomoto is an eccentric filmmaker who goes Ax-Crazy in his plan to kill Takizawa and Saki for a film — by blowing them up whilst they have a shower together. His plan falls through thanks to Kuroha, and he tries to kill Takizawa with a flamethrower whilst recording the scene. He is arrested soon after.