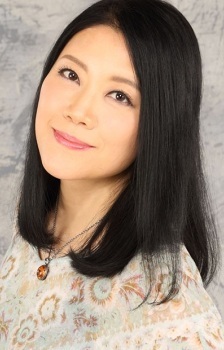 Takako Ōhama (born January 9, 1963), better known as Rei Igarashi, is the wife of Show Hayami, and also a voice actor, and to this day they are still husband and wife. Although she doesn't have much fame unlike her husband, she has garnered quite an attention by voicing the Evil Matriarch Precia Testarossa. She is also the dub voice of Hawkgirl, and played Femme Fatale Mira Kagami in Tokimeki Memorial.

Hideyuki Hayami, a voice actor in his own right, is her nephew as well as her adopted son.

Not to be confused with a mangaka called Ran Igarashi.