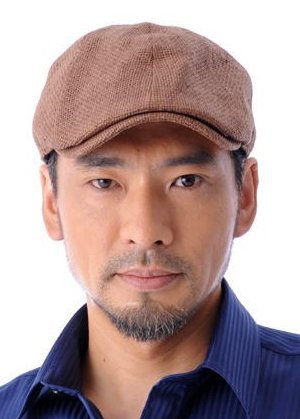 Atsushi Miyauchi is a Japanese actor and voice actor from Saitama, Japan known for his Badass Baritone voice. His roles are typically manly, stoic badasses, but he does occasionally Guttural Growler villain roles as well. He is mainly specialized in doing dubbing roles for Hollywood films, and appears occasionally in anime and video games in supporting roles. In his early acting career, he played supporting and minor characters in live-action movies and TV series. But he made a career change where his first major voice acting role is Masamori Sumimura of Kekkaishi. He's also the dub voice actor of Mark Ruffalo and Karl Urban.

Not to be confused with the game producer of Dynasty Warriors but hilarity ensures when Atsushi himself joined the franchise in 2013.