WARNING: Due to the spoilery nature of the series, spoilers for both this game and prior installments will be unmarked! 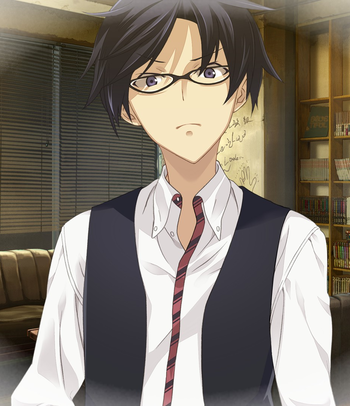 The protagonist, a third-year student at Hekiho Academy and the president of the newspaper club. A self-proclaimed "right-sider" who takes pride in his ability to find accurate information and to get to the bottom of urban legends and mysteries around Shibuya. Orphaned by the earthquake six years ago, he lived in Aoba Dorm until moving into a trailer in Miyashita Park six months ago. 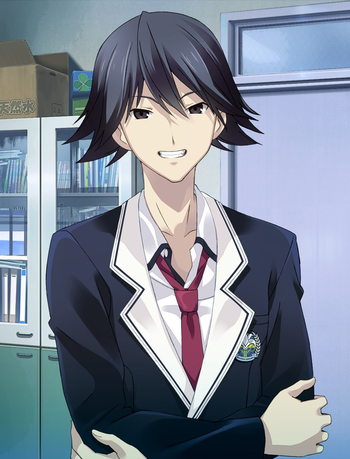 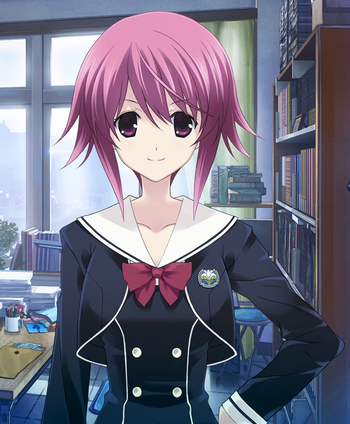 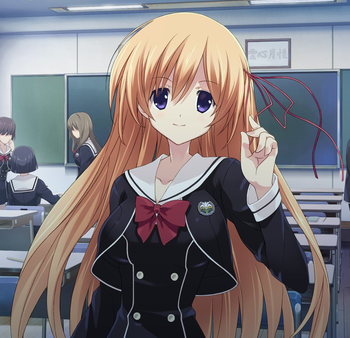 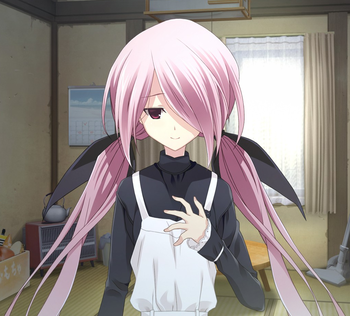 A third-year student at Hekiho Academy, the president of the student council, vice president of the newspaper club, and Takuru's foster sister at Aoba Dorm. She clashes with Takuru over his interest in the Return of the New Generation Murders and thinks the newspaper club should act more like regular journalists and less like detectives.
Hana Kazuki
Voiced by: Sayaka Nakaya (JP), Didi Archilla (EN) 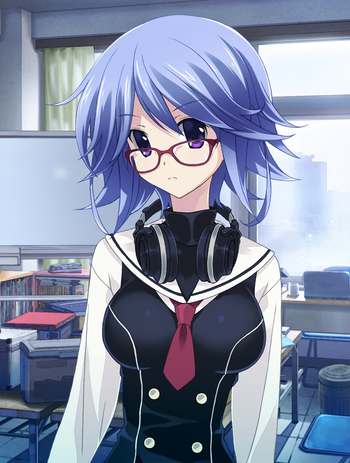 Hana Kazuki
A first-year student at Hekiho Academy and member of the newspaper club. She rarely speaks and spends most of her free time playing ESO2 (Empire Sweeper Online 2) on the clubroom computer.
Hinae Arimura
Voiced by: Suzuko Mimori (JP), Bryn Apprill (EN) 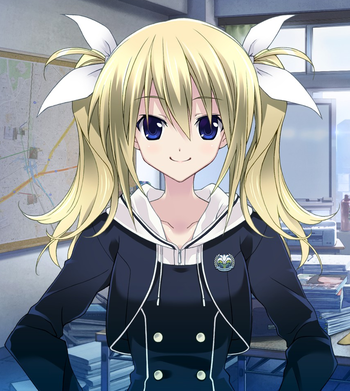 Hinae Arimura
A second-year student at Hekiho Academy, president of the literature club, and witness to one of the murders. 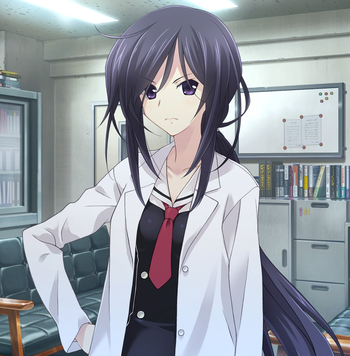 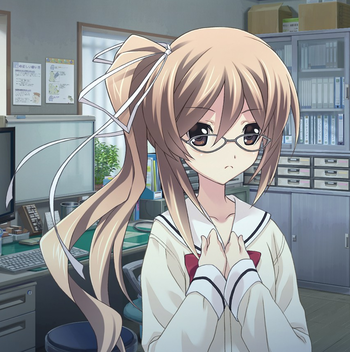 Uki Yamazoe
A mysterious girl who has been isolated from the outside world for years. 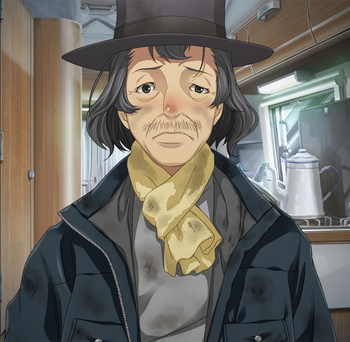 Gen
One of Takuru's neighbors in Miyashita Park, who helped him get the trailer in which he lives. Perpetually drunk.
Masashi Kawahara
Voiced by: Atsushi Abe (JP), Seth Magill (EN) 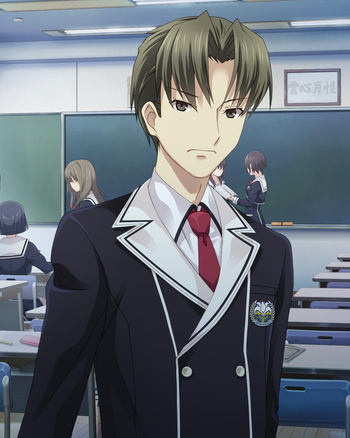 Masashi Kawahara
The vice president of Hekiho Academy's student council and a friend of Kurusu's. Doesn't like Takuru very much. 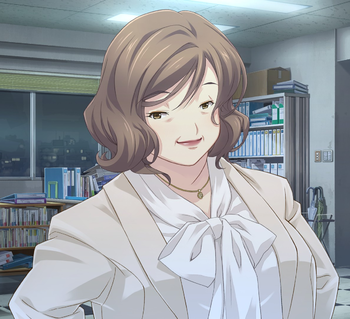 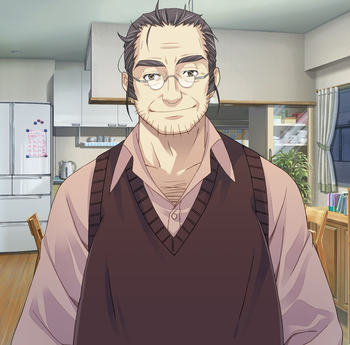 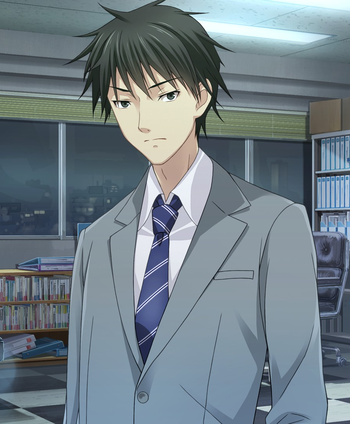 Takeshi Shinjo
A detective working with the police and with Freesia to investigate the murders.
Yui Tachibana
Voiced by: Yumi Hara (JP), Tia Ballard (EN) 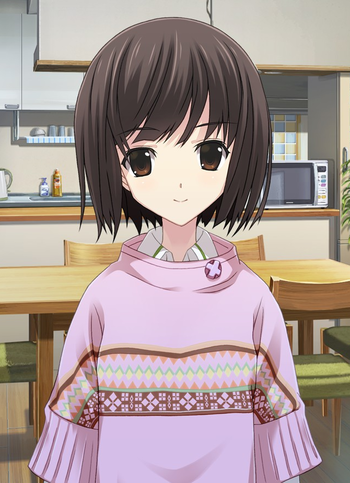 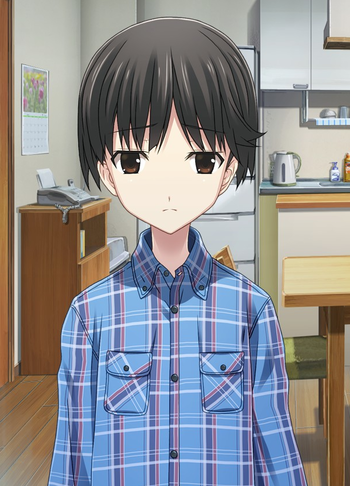 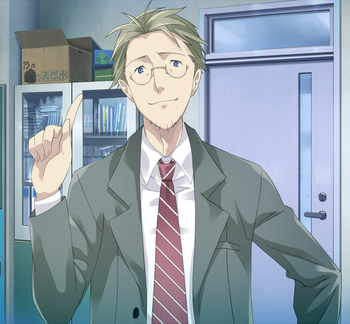 Shuuichi Wakui
A teacher at Hekiho Academy. The faculty adviser to the newspaper club.
Riko Haida
An escaped Gigalomaniac with the power to control fire.
Cafe LAX Waitress Girl
A small girl who waits tables at Cafe Lax.

KnightHeart
Takumi Nishijou, the protagonist of the original series, returns in Hana's route to guide her and Takuru.

Aozaki Yume
The most beautiful girl in school, who asks Takuru out on a date in Uki's route.

Senri's best friend who died in the Shibuya earthquake. She took on her form and became her, living her life.