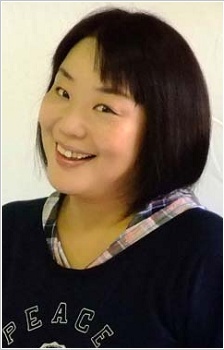 Wakako Matsumoto (born April 1, 1961) (whom we know better as Kujira) is a voice actress whose forte is crossdressing voices, hoarse and androgynous. Thus, many of her roles are Bishounen, or the mother. At her most raspy, she could easily be confused for a Japanese Dr. Girlfriend.

Most notorious as the landlady Otose in Gintama and Orochimaru in Naruto.