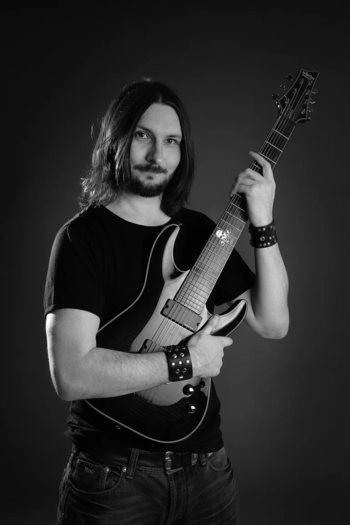 Miracle of Sound began as a hobby during a lull in Dunne's music career. After playing Half-Life 2 he began thinking of song lyrics related to Gordon Freeman, the protagonist. He wrote it all down, recorded it and released it on the net. After seeing the mild popularity of the song, Dunne wrote and released more.

This side project quickly became popular after his Commander Shepard song was released and went viral. Soon afterward, his show was picked up by The Escapist for a biweekly (later monthly) music video, with a monthly behind-the-scenes article called "Encore". He left The Escapist on good terms in 2015.

All his work can be found on his YouTube channel

, and various music storefronts and streaming services, such as Bandcamp and Spotify.

He also has an official website, which can be found here

As of April 2019, Gavin has released twelve albums, detailed below:
open/close all folders
Level # ( 2011 - Present)
Released yearly since 2011, these albums are the bulk of Gavin's output, being Compilation Rereleases of all the singles he's released throughout the respective year. The vast majority of the songs are inspired by video games, ranging from the ultra-popular like The Elder Scrolls V: Skyrim to the more obscure or Cult Classic like Planescape: Torment.

Less frequently, a song will have been inspired by a movie, such as Guardians of the Galaxy, or a TV show, with Game of Thrones being the most frequently highlighted. Occasionally a song will be completely original, with no ties to any previously existing media.

The tracks are remastered from their original single release.

Press X To Rock (2011)
A selection of tracks from Gavin's first album, Level 1, Press X To Rock consists of his biggest hits from 2011. The only Miracle of Sound album to get a physical release, it was released exclusively on The Escapist's online store and is now out of print.

Windows identifies the genre as "Awesome".

Vistas (2014)
Vistas is a collection of instrumental, relaxing ambient tracks, most of which are not based on any particular media. Includes an instrumental version of "The Call", which was inspired by The Elder Scrolls Online.

Another track, "Hitoshio", was rereleased on Gavin's YouTube channel in 2017 as a tribute to Ōkami, in celebration of the announcement of the eighth-gen remastered version of said game.

Advertisement:
Metal Up (2015)
Taking a small break from his usual output, Metal Up consists entirely of original metal songs. When released, this was the best-selling Miracle of Sound album, as well as the best-selling metal album on iTunes.
Collaborations and Unsorted Songs
Despite all the albums, a handful of the singles have never found their way onto any of them:

Gavin has also contributed to many other artists' tracks:

Tropes associated with Gavin 'Miracle of Sound' Dunne include: