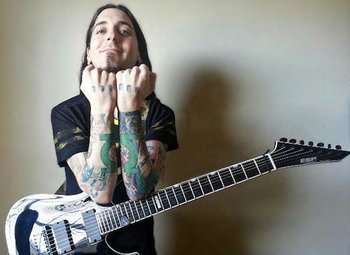 Eric Calderone (also known as 331Erock) is a YouTube guitarist who takes various non-metal tunes and plays them in a Power Metal way. He has also released an album of original music in 2010.

He has also collaborated on songs with other musical youtubers such as Miracle of Sound, PelleK and Cole Rolland.