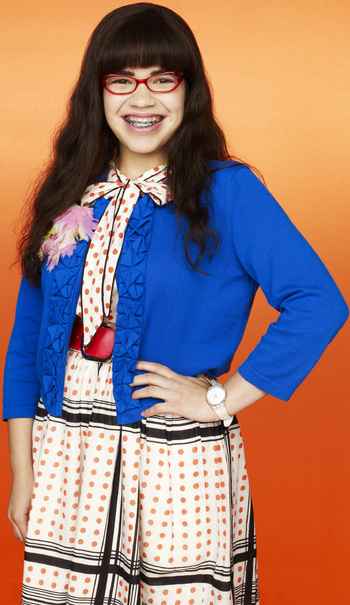 A young woman trying to make it on her own, Betty Suarez is the main protagonist of the show. She lives in Queens with her widowed father Ignacio, older sister Hilda and nephew Justin, and works as an assistant to the Editor In Chief at Mode Magazine. She quickly learns that working at Mode will test the very fibers of her character, yet she remains resilient and excited in spite of all the conspiracies, drama and heartbreak she suffers. She hopes to be a journalist someday and will often take the chance to pursue her ambition. A role model for all girls everywhere in the view of the show's writers, she's liable to both give and receive Aesops. By the way, she's not so much ugly as she has a really bad/strange fashion sense. 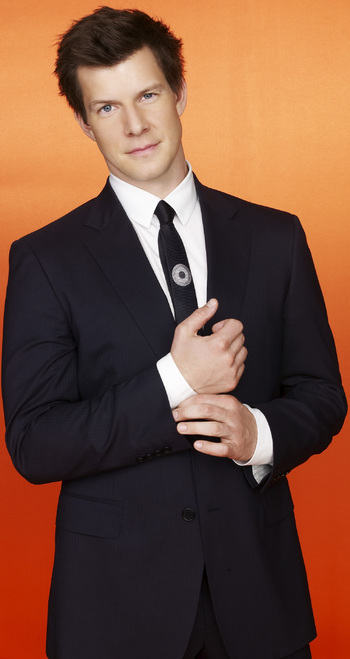 Betty's somewhat incompetent boss, though he does try sometimes. The Unfavorite of the Meade family (which owns the company) he often spends his days Looking for Love in All the Wrong Places, leaving a trail of broken hearts behind him wherever he goes, his own included. He and Betty tend to take turns being each other's rock and evolve from simple boss/assistant relationship into close friends. In the show's finale the relationship was left open-ended, though various hints throughout the episode possibly imply that they Hooked Up Afterwards, the most obvious being that Daniel decides to stay in London for no discernible reason other than that Betty happens to be there. It remains unclear, however, if Betty feels the same way, though she does smile at his arrival

Head Creative Assistant and daughter of a Senator, she's a woman of quick wit and versatility which she uses for selfish reasons. Her ultimate desire is to run a magazine and attempts to take over Mode Magazine numerous times. One of the most complicated characters, she performs the role of a Card-Carrying Villain yet is not above the occasional Pet the Dog moment. She has an estranged daughter named Nico and is Marc's manager. 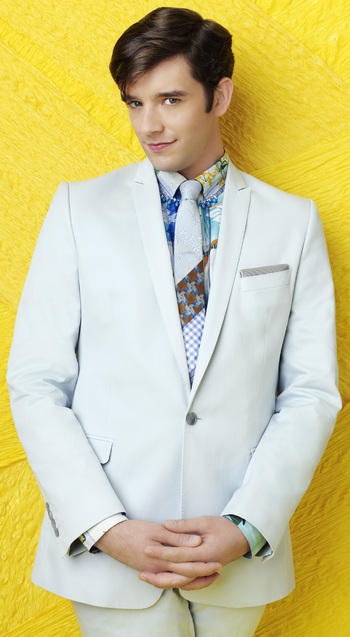 Wilhelmina's Battle Butler and Camp Gay assistant. Marc takes pleasure at being catty to friends and enemies alike though he too has the occasional Pet the Dog moment. 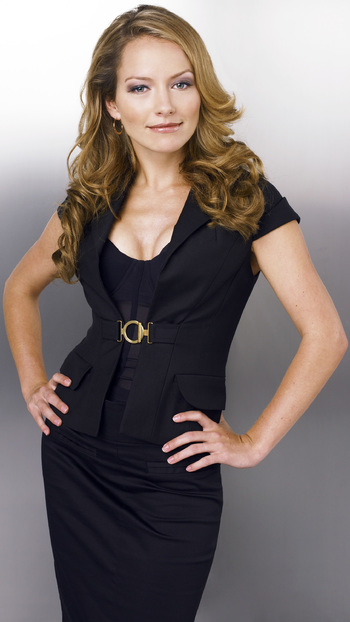 A Sassy Secretary (technically a receptionist) at MODE who serves as Marc's Fag Hag and tags along with him whenever it involves pranking or demeaning others. Though she's conniving and catty she's not too intelligent (i.e. not knowing what wrath means) and is highly impulsive. Despite this she is not completely bitchy and, like every other main character, has plenty Pet the Dog moments. In more recent episodes, she, Marc and Betty seem to have formed some kind of loose Power Trio. 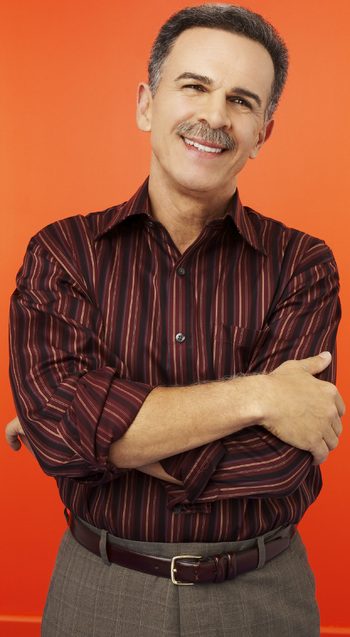 Betty's fatherly dad. He's an illegal immigrant from Mexico, but not one who was just looking for a better life. No, that would be too boring. Instead, he was on the run after having killed a man (a rather unpleasant man, though, who later turned out to be not-quite-so-dead). 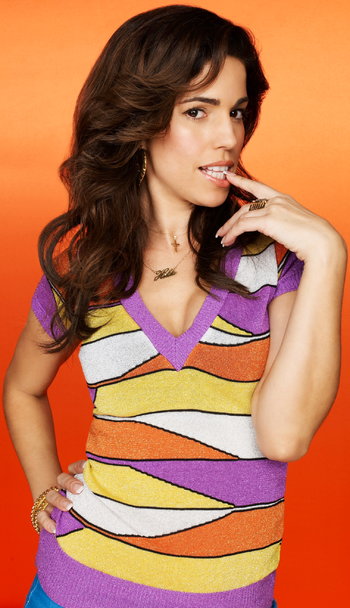 Betty's rather shallow sister with whom she's embroiled in The Glorious War of Sisterly Rivalry. Hilda may or may not be Miss Yo-Yo Knickers, but she at least dresses like her. 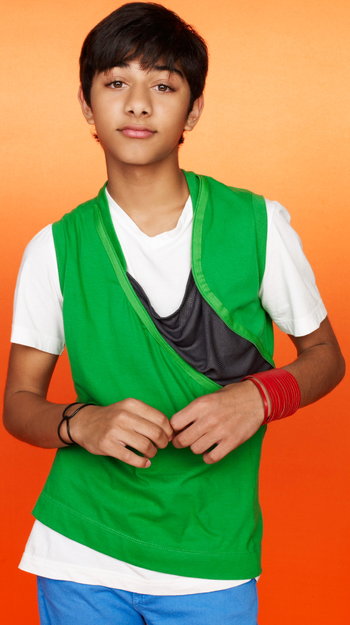 Hilda's son and therefore Betty's nephew. Justin is Ambiguously Gay for most of the series, but he eventually comes out as The Twink when he hits his teen years. Largely used as a plot device for the Marc character, who serves as a mentor for the kid.

Daniel and Alexis' mother. Originally introduced as Lady Drunk, she now just wants her family back together and serves as a reluctant mentor for Betty, who often is scared of Claire's cold-blooded side. In the first season, she admitted to murdering Fey Sommers and was sent to Cardboard Prison, which she escaped from, of course. Later on, it was Ret Conned that she hadn't meant to kill Fey, enabling the others to Clear Her Name.

Betty's best friend at work, Christina is a Funny Foreigner from Scotland, which means she drinks a lot and uses all that hilarious Scottish slang. Her purpose on the show was originally being Betty's only friend among the Modies, making her The Artifact from the days when the show was more of a Fish out of Water comedy. As a result, Christina was Out of Focus a lot in later episodes. She was Put on a Bus at the end of the third season, and returned in the third-to-last episode when Betty, Hilda, and Amanda visited London. 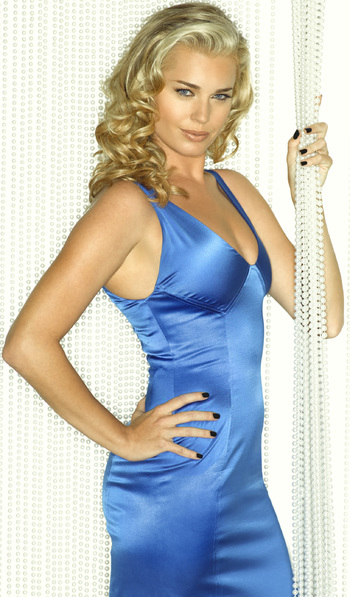 Formerly Daniel's Transgender sister. She was The Woman Behind The Woman in early episodes, but then had a Heel–Face Turn, leaving Wilhelmina to pick up the evil slack. Alexis is not very consistently written and as a result her personality seems to repeatedly switch between "loving sibling with a competitive streak" and "evil bitch". Put on a Bus at the start of the third season. Not seen after that, but occasionally mentioned.

Daniel and Alexis' dad who died in the second season. He was the one who hired Betty in the first place, under the twisted logic that since Betty was ugly, his son would not have sex with her and actually get work done.

A Posthumous Character who died shortly before the pilot. Bradford was having an affair with her, but Claire found out and murdered her - or at least that was the story until it turned out it wasn't Claire's fault. At the end of the first season, Amanda discovered Fey was her biological mother. After this occurred, Becki Newton, who plays Amanda, started portraying Fey in Flash Backs.

The Standard Betty Boyfriend is a curious specimen. He starts off as a lovably quirky guy, but Sex Changes Everything and he immediately turns into The Obstructive Love Interest if they ever hook up. After the fans become annoyed enough, the writers give Betty a new boyfriend and the Great Cycle Of Love repeats again.

Daniel's Girl Of The Season

Daniel's Girl of the Season

Despite being a rich playboy, Daniel will fall in love like no one has ever loved before only to have his heart completely mutilated when he finds out her deep, dark secret.

The Mostly Bad Boys Of Hilda

The Mostly Bad Boys of Hilda'

Hilda likes dating bad boys, often with disastrous results. Ignacio is so displeased by this.