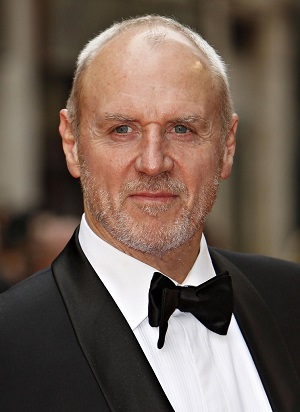 Alan Hugh Dale (born 6 May 1947 in Dunedin, New Zealand) is an actor from New Zealand. He's perhaps most widely known for his role as Jim Robinson in the immensely popular soap opera Neighbours. He spent eight years playing 'Australia's favorite Dad' before leaving the series due to some uncomfortable conversations with the producers.
Advertisement:

His career struggled against typecasting, but upon moving to the United States it was revitalized. Dale has since become a regular face on television and film, and is something of an institution on cult TV shows. Throw a rock at Science-Fiction/Fantasy television and you'll end up hitting Alan Dale.