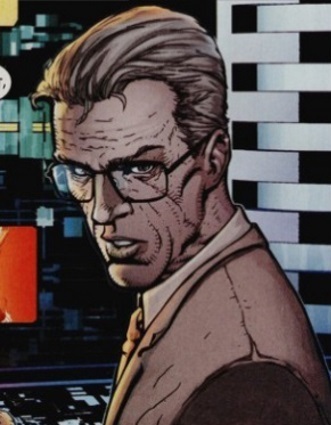 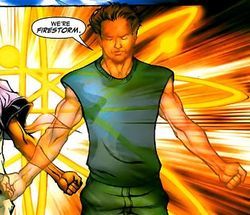 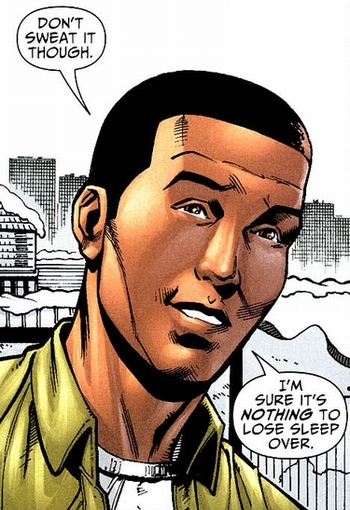 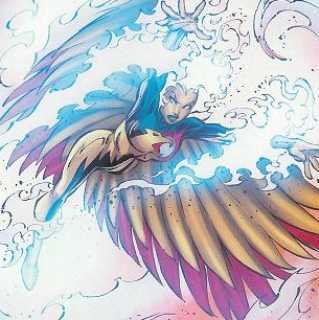 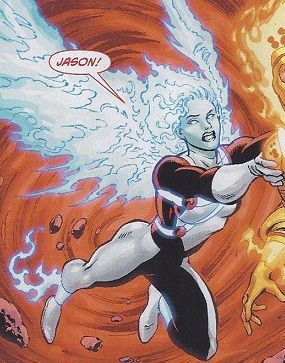 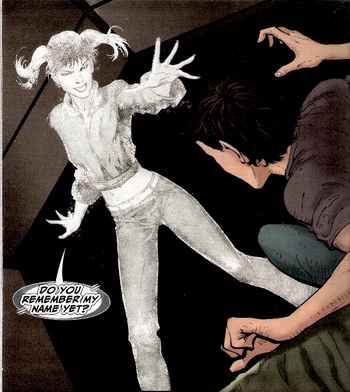 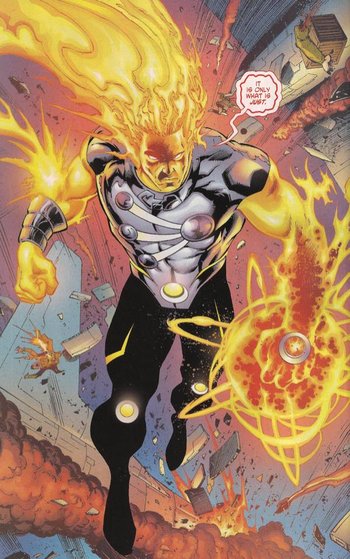 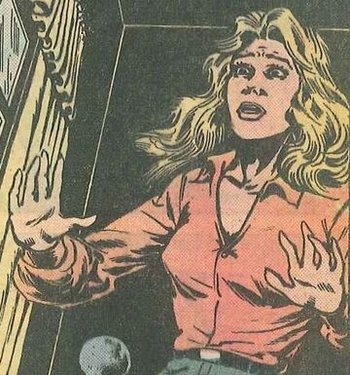 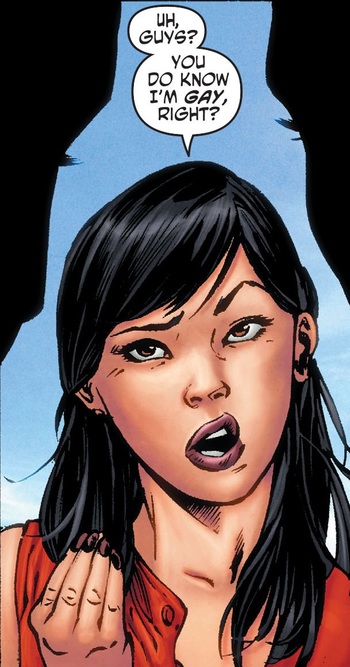 John Ravenhair is a Native American born Black-Cloud-in-Morning and raised in Queens, New York. When his great-grandfather, Bison-Black-as-Midnight-Sky, is killed in a mugging, he becomes influenced and possessed by his ancestor's spirit. This leads him to set about avenging the wrongs committed against the Native American people. When removed from the angry spirit, he occasionally acts for good, but is frequently a threat to Firestorm. 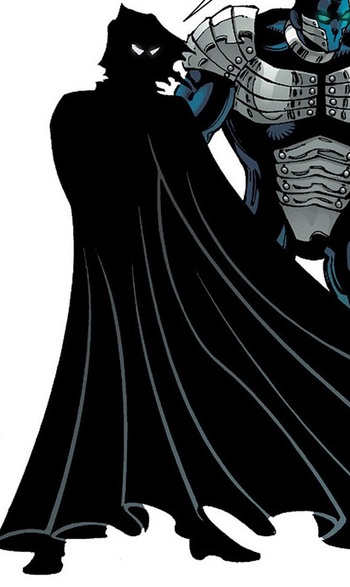 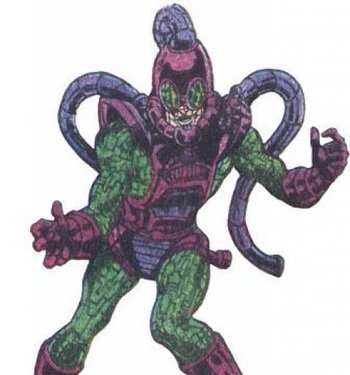 Bernard "Barney" Bonner became the electronic villain the Bug. He along with his partner Byte fought Firestorm on several occasions on the electronic web.

Blythe Bonner and her brother would create power-suits able to have complete electronic interaction. Taking the name Byte she would come to battle both Firestorm and Firehawk on waves of electronic web 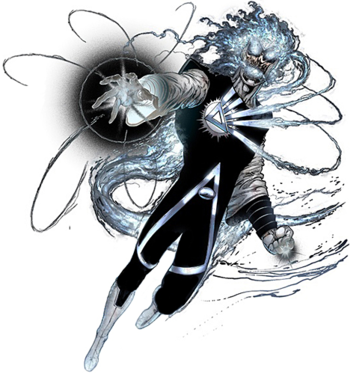 Originally an independent sentient Black Lantern version of Firestorm, following The New 52 reboot, Deathstorm was a member of the Earth-3 Crime Syndicate who invaded Earth during Trinity War & Forever Evil. 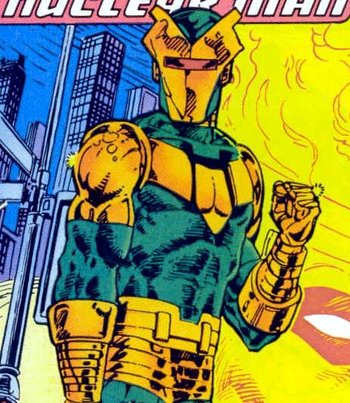 A mercenary, he worked under the employ of Henry Hewitt on behalf of the 2000 Committee. The Enforcer aided in the abduction of Lorraine Reilly and fought with the hero known as Firestorm. 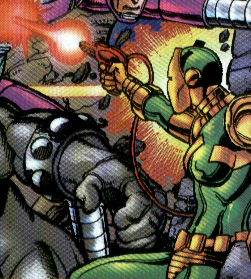 Mica Love was a hired mercenary and the second of such individuals to assume the guise of the Enforcer. The Enforcer, as well as her predecessor Leroy Merkyn, worked for the 2000 Committee under industrialist Henry Hewitt. Hewitt had the Enforcers abduct U.S. senator Walter Reilly and his teenage daughter, Lorraine. 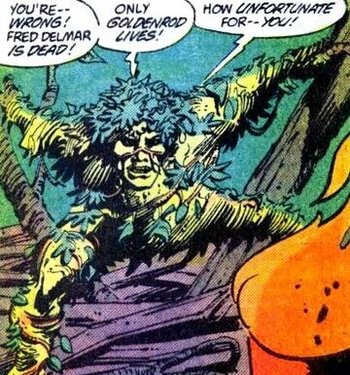 Frederick Delmar, aka Goldenrod is an enemy of Firestorm with plant-related powers. 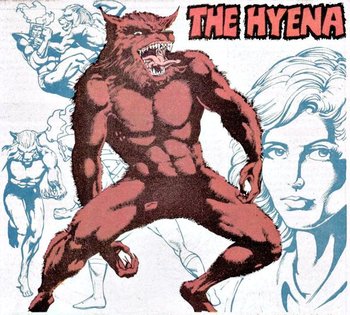 The first Hyena, Summer Day, joined the Peace Corps as a result of relational issues with her father and was turned into a werehyena as a result of an accident in Africa. Taking the name the Hyena, Summer returned to America and began attacking both criminals and police officers. A result of her condition is a steadily progressing madness. 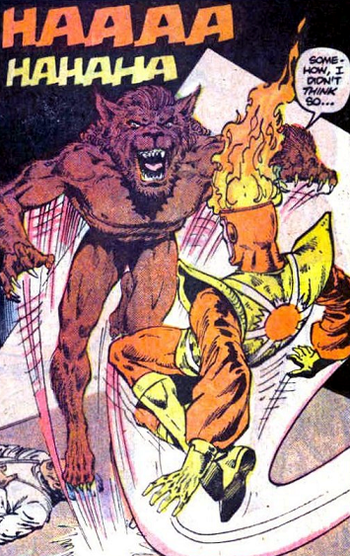 The second Hyena, Doctor Jivan Shi, was a psychiatrist whom Summer Day had fallen in love with while he was attempting to treat her werehyena condition. One night, as Summer and Jivan were embracing, Summer transformed into the Hyena and infected Jivan with the werehyena curse. Professor Stein noted that being the Hyena seemed to have warped Jivan Shi's mind.

Killer Frost is a legacy super-villain name with ice powers. The name was originally used by Crystal Frost, a Hudson University student who angrily hated men. Her successor was Louise Lincoln, a friend who took up the mantle after her death. After the New 52 relaunch, Caitlin Snow was introduced as the first to take the name in the new timeline. A scientist at S.T.A.R. Labs, she was transformed during an attempt to save herself from H.I.V.E. agents.

Tropes Common to all Killer Frosts 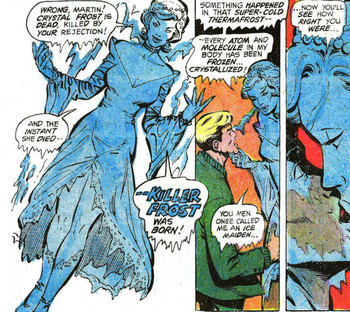 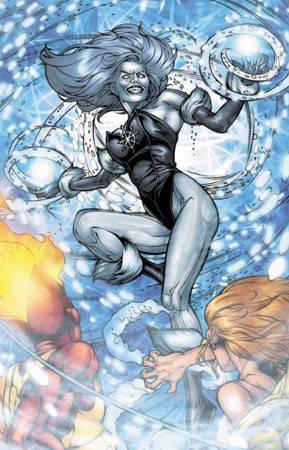 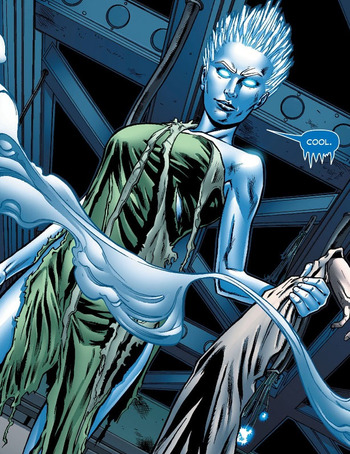 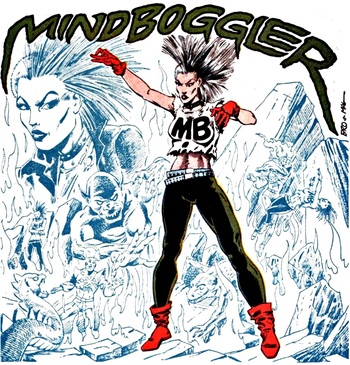 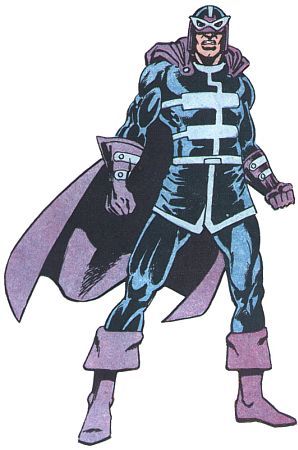 Danton Black is a nuclear physicist who worked as Martin Stein's assistant in the designing of the Hudson Nuclear Facility. Feeling that he is not receiving his due credit, he begins stealing lab equipment. When he is caught by Stein and fired, he publicly accuses Stein of stealing his designs for the power plant. He breaks into the plant to steal blueprints to fabricate evidence on the same night that Stein attempts to bring it on line. Caught in the same explosion that fuses Stein and Ronnie Raymond into Firestorm, he gains the ability to split himself into identical duplicates, though those duplicates are smaller than the original, and get smaller the more he splits. 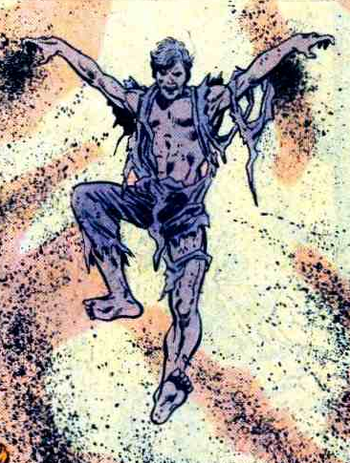 The manager to King Crusher who provided him the mutative steroids, Eddie Slick (who bears a strong resemblance to Martin Stein) was exposed to the same drugs as his wrestler and after being buried in the desert for exposing the drug ring behind the steroids. Developing the power to control sand, he sought revenge and crossed paths with Firestorm.

When Chanka Silver Deer, a Cherokee woman, was a child, her twin brother Bobby was bitten by a rattlesnake. Her father tried to seek help for Bobby at a hospital, shoving a nurse aside and causing a bigoted security guard to shoot them both. The guard was not punished. Ordinarily, Chanka's grandfather would pass on his secrets of Native American medicine (sorcery) to the firstborn male, but with her brother dead, Chanka received the sacred teachings.

Years later, the adult Chanka did not forget about the unjust deaths of her father and brother, and sought revenge on all white people. To achieve that end, she forced John Ravenhair to again become the Black Bison, and together fought Firestorm. 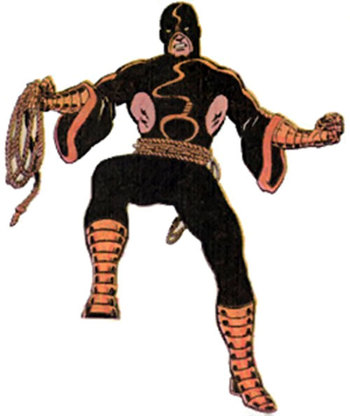 Slipknot (Christopher Weiss) is a master in the use of ropes, including unbreakable ones, and a trained assassin. He created a chemical adhesive which he then applied to his ropes, making them nearly indestructible. Weiss uses the ropes to strangle, grapple, and hold down his opponents. Slipknot is an expert assassin, able to kill swiftly and silently. He is an exceptional martial artist and hand-to-hand combatant. 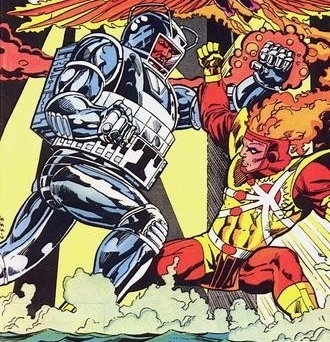 Tokamak (Henry Hewitt) is one of Firestorm's chief enemies. Known as a "Living Nuclear Reactor," he is able, with the aid of his containment suit, to create energy rings that manipulate atomic structure. 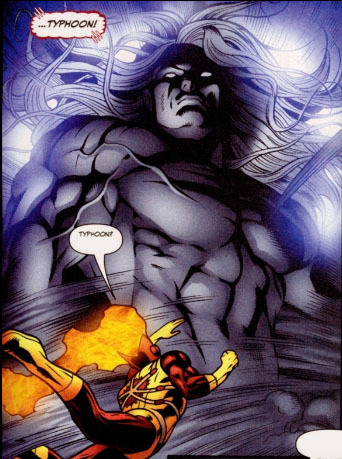 Exposed to radiation and ocean water, Martin Stein's colleague David Drake developed the ability to control weather. Initially going berserk whenever he entered the Typhoon identity, Drake later learned to control his powers and developed a hatred for Firestorm due to his numerous defeats at his hands. He also once fought Jaime Reyes. 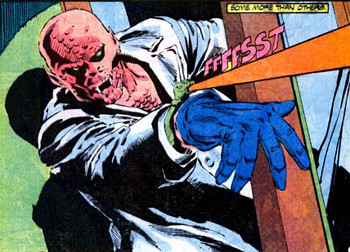 Todd Walton sought to develop a non-addictive painkiller but instead created Venom-X, an addictive hallucinogen that gives abusers snake-like qualities. Walton went on a killing spree, equipped with a wrist-mounted blaster that fired his drug. 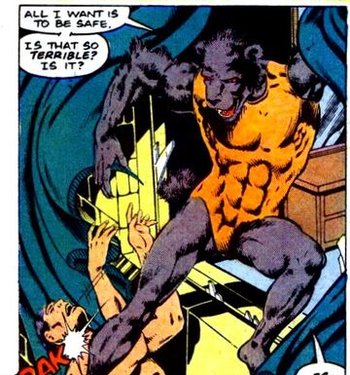 The Weasel is John Monroe, a costumed villain and enemy to Firestorm. He was a student of Martin Stein who became a serial killer. The name "Weasel" was inspired by a nickname others had given him. Monroe eventually died on a mission with the Suicide Squad. 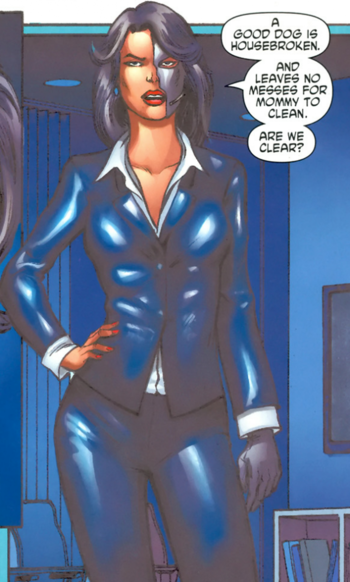 The Zuggernaut is an alien entity that merges with host beings, much like the Venom symbiote of the Marvel Universe, granting them fantastic powers as long as they are in contact with it.